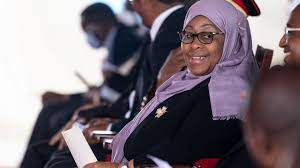 The president recently said ‘…investors view the country as having an unpredictable investment climate, hostile tax collection, and bureaucracy all of which are scaring investors away.’ As such, she pledged to change the status quo.

“The sixth phase government will take an uncompromising approach on this, and we will start with the blueprint for the improvement of Tanzania’s business climate…” the president announced.

Against the backdrop of the work that has already been done by her government to regain investor confidence a major global financial firm, EFG Hermes, an Egyptian financial services company, has doubled its investment in the country.

Earlier in August, the firm doubled its purchase of CRDB Bank shares, Tanzania’s leading bank in terms of market share. According to a press statement released by the financial firm, its initial buy-in of the CRDB shares was set at 220/- but ‘…due to the improved macroeconomics environment in the country,’ the company has more than doubled its investment plan purchasing each share for an impressive 453/-

The company further explained that the increased investment is due to the growing sound investment environment in the country which has made doing business much more cost-effective.

In the report titled ‘Enter President Samia, time for a rethink’ the financial firm said thanks to Samia’s positive fiscal and monetary policies, the country now has ‘lower risk charges’ and an ‘attractive Post-Covid-19 recovery play.’

“Her presidency is shaping up to be a promising one with an economy that looks poised for growth…the macro outlook under President Samia’s first term looks encouraging,” reads the report in part.

While the economy has slowed owing to the pandemic and general global economic slump, however, Tanzania’s economic growth remains positive. The projected fiscal deficit this year is only 1.3 percent compared to 1.0 percent last year.

Also, the International Monetary Fund (IMF) anticipates that the current account deficit will drop to 3.1 percent by 2025, and this is greatly owed to the projected expansion of gold exports over the given time period.

According to the EFG Hermes report, Tanzania also has relatively lower gross debt levels against its GDP that is pegged at only 38 percent which means the country can still borrow and utilize international capital markets.

CRDB Bank PLC, the leading banking institution in Tanzania in terms of assets, loans & advances, and customer deposits has recently announced plans to expand into the wider Central Africa zone setting up a subsidiary in the DRC’s commercial capital of Lubumbashi.

Further still, with an expected 77.6 percent coverage ratio over the course of the first half of this financial year and a 4.6 percent Non-Perfroming Loans (NPL) ratio, then EFG Hermes says, “…we expect earnings growth of 19.5 percent year-on-year wrought by high-quality profitability drivers.”

Notably, CRDB Plc has managed to lower its Non-Performing Loans (NPLs) ratio to 4.6 percent at the end of quarter two of this year, a very significant drop compared to the same time three years ago when the NPL ratio was at a disheartening 13.4 percent.

How did the bank achieve this fit? “This was driven by higher loan penetration into low-risk salaried workers loans and an improved loan management process,” reports the EFG Hermes dossier. In fact, according to the report, this year CRDB’s Cost of Risk will further go down to 1.9 percent dropping significantly from 2.3 percent last year.

Incorporated in 1996, CRDB Bank Plc, together with its subsidiaries, provides corporate and retail banking services for individuals, small and medium enterprises (SME), corporate, and high net worth individuals in Tanzania, Burundi, and most recently the DRC.

In Tanzania, the bank operates through a network of some 243 branches, 560 automated teller machines, 4,584 points of sales terminals, 17,031 agents, and 385 e-commerce merchants, as well as 450 microfinance partner institutions.

It also provides foreign exchange, custodial, brokerage agency, and registrar-ship services, as well as Internet and mobile banking services. The bank was listed on the  Dar Es Salaam Stock exchange (DSE) back in 2009 and this is where EFG Hermes is purchasing its shares from.

Egyptian Financial Group or more commonly EFG is the first investment banking firm in Egypt established in 1984. EFG created and analyzed privatization plans for the Egyptian government for several years. On the other hand, Hermes established the first equity index in all of Egypt.

In 1994, both Egyptian Financial Group and Hermes entered into asset management and both firms also managed a majority of the private capital markets’ IPO’s during the same period. The two companies soon reached the point that further growth was not possible without a wider network of local and international clients on one hand, as well as the rising competitive threat of international investment banks, and these factors led to a merger in 1996 between EFG and Hermes to form EFG Hermes. 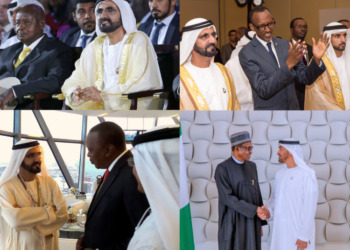