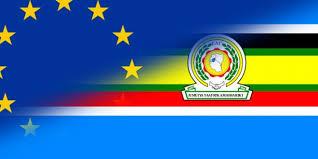 Clauses in the EPA detrimental to Tanzania`s regional strategic interests

A visiting renowned German scholar has cautioned Tanzania not to  sign an Economic Partnership Agreement (EPA) trade pact with the European Union (EU), saying the deal is rhymed against the country`s aspiration of becoming an industrial economy.

Addressing reporters in the capital, Dar es Salaam on 15th April, 2019, Helmut Asche who is Professor of Economics, Politics and African studies at the University of Leipzig said as a country set to build industries and export produce, Tanzania should not sign deals that flood its market with imports.

The EPA is an anticipated trade deal between the East African Community (EAC) and the EU which gives EAC products total access to the EU market, with 82.6 per cent of imports from the EU allowed on the EAC market.

Professor Asche warned African countries against signing EPA because the arrangement does not favour their economies. He further said that Tanzania in particular has no need to rush into signing the deal at a time when other African countries were reviewing such trade arrangements with rich nations.

But if other countries chose to ink the deal, they can go ahead but Tanzania should not be swayed by such decisions as it seeks to protect her own interests and choices of other countries won`t affect her, argued Asche.

Professor Asche also advised the government that the focus for Tanzania – and indeed other African countries should be to build strong economies through industries that use local raw materials and not otherwise.

Kenya and Rwanda have already signed EPA, leaving out Tanzania, Uganda, Burundi and South Sudan still contemplating their next course of action. Negotiations for the EPA were concluded on October 16, 2014 and all EU member-states and the EU itself signed it.

Tanzania has been unhappy about the trade pact, arguing that the agreement will have serious consequences on its revenues and the growth of its industries.

At the EA Summit in Arusha on February 1, Kenya, with the biggest stake in the EPA, lobbied the partner states to start applying the trade pact on an individual basis rather than as a bloc to allow those that have not signed to sort out their issues.

Uganda argued that signing the pact as individual countries would compromise the unity of the region, hence its decision to wait it out.

Burundi, which was sanctioned by the EU after political unrest when President Pierre Nkurunziza ran for a controversial third term in 2015, also maintained that it would not agree to sign the trade deal, given its deteriorating relations with Europe.

But economic experts warn that signing the agreement as individual countries would weaken the region`s rules of origin and give rise to partner states operating on different trading regimes, a situation that is likely to compromise efforts towards regional integration.

The deadline for the signing by EAC countries had originally been set for October 1, 2016 but was extended since then.

The EU-EAC EPA covers trade in goods and fisheries as well as development cooperation that aims to reinforce cooperation on the sustainable use of resources. Further negotiations are ongoing to include services and trade-related rules in the future.

The deal is balanced and fully in line with the EAC Common External Tariff. It bans unjustified or discriminatory restrictions on imports and exports, which contributes to the EAC’s efforts to eradicate non-tariff barriers in intra-EAC trade. It supports the EAC’s regional integration agenda and has what it takes to foster development.