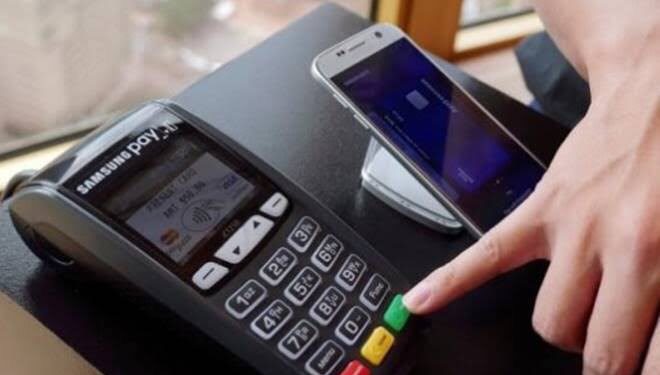 The Tanzanian digital economy sphere is redefining how consumers interact with sellers in the exchange of goods and services, within an interconnected network.

by Padili Mikomangwa
in Tanzania, Telcos
0
Share on FacebookShare on LinkedIn

The world is much more digitally interconnected, compared to the past three decades, and Tanzania has been busy to get its fair share of interconnectedness.

In 2013, there were about 23 million telecom subscribers in Tanzania, surprisingly at the moment, the number is almost close to double, as Tanzania Communications Regulatory Authority (TCRA), telecoms statistics show, over 43 million subscribers, with an 81 per cent penetration.

It is important to recognize the contribution of the telecoms sector in Tanzania, to the economy and to the promotion of innovative solutions to community problems. Tanzania’s National Bureau of Statistics (NBS) quarterly highlights, show that: information and communications sector recorded a 10.3 per cent growth, compared to 9.6 in the first quarter, thus—the growth is attributed to increasing in airtime used by mobile phone owners, and the expansion of Tanzania’s broadcasting and internet use landscape.

On the side of the context, Bank of Tanzania (BoT) economic report (2019) highlighted the information and communication as one of the nation’s top-ten contributors to real Gross Domestic Product (GDP), with, 3.4 per cent in 2018 first quarter and 2.7 per cent in 2019 first quarter respectively.

With the vast population inclined to adopt more telecom products and services, begs the question: how can Tanzania maximize its digital economy potential to drive its development and attain its mid-sized economy ambition?

What is the digital economy?

The digital economy is the collection of all economic activities, that originate from billions of digital connections, from people across the world (involving business, devices, data, and processes), exchanging various commodities and services,

Deloitte argues that the essence and backbone of the digital economy rely on the seamless state of hyper-connectivity—translated as the substantial growth of people, organizations, and machines that result from the internet of, mobile technology, and the internet of things (IoT).

In reality, the digital economy landscape in Tanzania is starting to gain a steady momentum, as Dar es Salaam—the commercial pulse of Tanzania, has accommodated, a rather fair number of innovative startups venturing on various solutions towards community problems.

The latter has surpassed several status quo, on how businesses are supposed to be structured. Applications and web services such as Kupatana, Zoom, and Brighter Monday to mention the least, have redefined how companies: sell their services and deliver products, hiring companies recruit better human capital seamlessly.

All the services mentioned, are executed with absolute precision, invoking the 21-century business operation ‘mantra’—consume less energy, capital and time.

Per Tanzania’s Five-Year Development Plan (FYDP) document, it is the sole aim of the East African nation with the fastest growing economy in the region, to transform its low-productivity space, revitalize agriculture economy, to drive towards a semi-industrialized economy by 2025.

According to GSM report on Digital Transformation in Tanzania, which also affirms on the potential of the mobile industry in Tanzania, as much as the government entities, argues that: the latter is contributing significantly to the nation’s development sphere, sparked by the immense contribution from mobile operators, and other ecosystem operators.

TCRA statistics paint a rather promising picture, the recent report, shows that the second-quarter sales on telecommunications services from 2015 to 2019, have been taking a decent rise, from over 320 million in 2015 to over 537 million in 2019.

Further, the sector has seen a substantial contribution from the mobile technology industry to fetch profits and transform the present digital economy’s appetite.

“Investments in mobile network infrastructure and services form the basis of the mobile industry’s contribution to Tanzania’s development goals. To date, mobile operators have invested around TZS6 trillion ($2.6 billion) in the country, primarily in network infrastructure and increase in new platforms that enable digital services, such as mobile money and M2M.” the GSM report argues.

Per the GMS report, there are four crucial contributions of the mobile industry to the Tanzanian development sphere.

First, the undeserving population gets access to key services, which are life-enhancing, which are also inclusive, including fin-tech services, digital identity, and IoT. Businesses and production spheres tend to get more efficient, particularly to farmers who gain knowledge and fill their information gaps with enable communication channels between key actors.

The sector has also contributed to the Tanzanian economy and society significantly. Per the report, almost $ 2.5 billion (equivalent to 5.2 per cent of the GDP) was the total value added by mobile operators in 2016, while the industry also, employs almost 1.5 million people indirectly and directly (which is approximately2.6 per cent of the population).

More importantly, the Tanzanian government has taken the normalization of digital economy rather seriously, as it has introduced e-paying systems, to the grass-root level. Just recently, Vodacom-Tanzania, partnered with the government to serve the public with electronic payments.

Tanzania has a population of over 55 million people, this is according to NBS population projects, out of this population, only 8.3 million people are argued to be in the consumer class, as argued by Quartz Africa 2018 report.

In that context, the digital supply networks, rely on the middle-class that consumes and keeps the digital economy alive, where Tanzanian enterprises with fintech solutions such as NALA, can eventually challenge other mobile money big players such as Tigo Pesa and M-Pesa.

However, the most vital aspect to be considered lies on where and how the future enterprises and the current ones, anticipate to craft their services and products to fit into the 21-century digital economy, that serves larger audience, with inclusivity and seamlessness.

Emirati and African women in business to establish joint projects