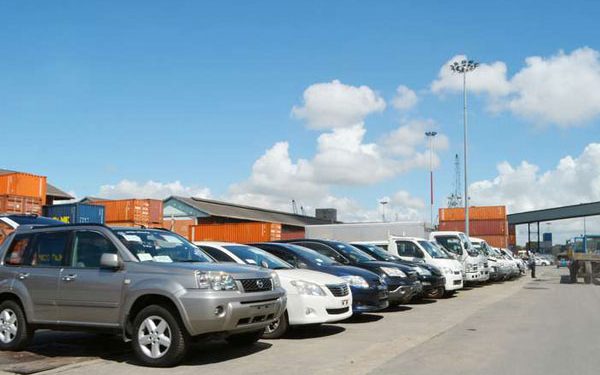 Uganda to auction cars in Mombasa

by Caroline Muriuki
in Uganda
0
Share on FacebookShare on LinkedIn

Uganda Revenue Authority (URA) is set to auction hundreds of imported cars destined for Uganda, which are now abandoned in warehouses in Mombasa.

According to the East Africa Community Custom Management act 2004, the cars have exceeded their permitted clearance and warehousing period. Which according to the act, the cars can stay in the warehouse within 30 days from the date the auction bid was placed and after failing to pay all the requisite fees, taxes, fines, penalties and charges that will have accrued.

A number of the cars have already been auctioned as the bidding process ended early this month.

A URA official in Mombasa Charles Busomba said that the auction is ongoing and some vehicles will be actioned to decongest the warehouses and to avoid accruing more storage charges.

“Due process was followed and we placed public notices in different media and in our government website to attract bidders. We have auctioned scores of them and hope the remaining to be sold in the next few days,” said Mr Busomba.

The public notice placed on URA’s website notified buyers of different trucks, vehicles and trailers, which were ready for sale in different container freights from where they will be released. The prices were exclusive of storage fees which will be payable in Kenyan shillings.

Reports show that Uganda is a major user of the port of Mombasa and imports an average of 2,500 used cars per month compared to other East African countries.

The bid has not attracted many Kenyan buyers despite the auction happening in Mombasa. This is because Ugandan law on the importation of used cars permits importation of vehicles older than 8 years, which is illegal in Kenya.

How Poland and Tanzania plan to improve the water sector