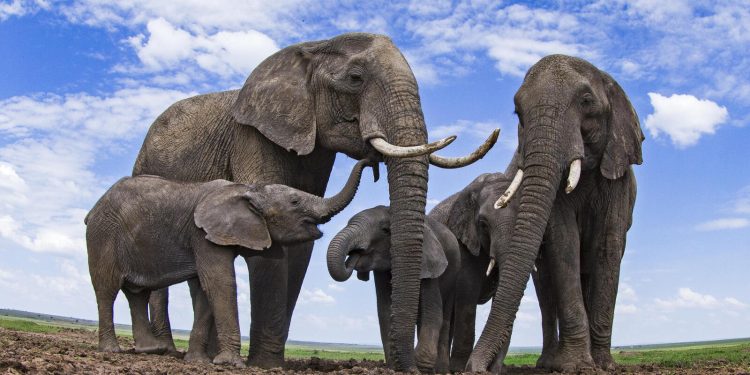 Tanzania: The economics of wildlife corridors

Wildlife corridors are blocked by human activities in Tanzania, severely affecting migration patterns and bringing wild animals in contact with humans leading to loss of life and animal killing to protect farmlands.

Wildlife corridors are meant to be protected, but increasing development activities are ever bringing humans into the territories of wild animals. Now the government is working to protect wildlife corridors through a participatory process with all key stakeholders.

However, the reality on the ground is much more complicated than just asking people to move. As it is, the wildlife corridors are blocked by settlements which means relocating entire communities. Begs the question, who let them settle there in the first place?

The issue with wildlife corridors is that they extend a time span of centuries, animals may migrate and use different routes and in that time people settle in what is believed to be forgone, forgotten paths, then years later, the animals return; ever had elephants don’t forget, its true and the saying is conjured from this exact fact, herds upon herds return to use the same path even after years have passed.

Wildlife corridors are the basic link connecting various animal populations. These are the migration routes that animals use to ensure genetic viability, get nutrition during gestation periods and generally speaking, wildlife corridors provide alternative feeding grounds necessary to keep up with changing weather conditions.

Tanzania is experiencing an unprecedented population explosion and because of that, ecosystem conservation is of national interest. Take for instance, national infrastructure projects like the construction of the Standard Gauge Railway (SGR).

The SGR passes through wildlife areas and its construction must account for wildlife corridors. It is part of ecosystem conservation to account for how such mega projects affect wildlife. The SGR for example, with leadership from the Tanzania Wildlife Research Institute (TAWIRI) has several underpasses not to disturb the wildlife above.

Rapid agricultural expansion, unplanned land use and poor management of natural resource extraction all contribute to habitat loss. Unless action is taken to manage these activities, Tanzania’s protected areas will become isolated – a situation likely to have serious implications for the viability of animal populations and economic development, including the sustainability of the tourist industry as well as broader ecosystem survival.

The US, through the United States Agency for International Development (USAID) has stepped in to help, and by help we are talking about USD 30.5 million worth of assistance.

Working on a collaborative platform with the Research Triangle Institute International, a nonprofit development organisation, the US is supporting a project designed to protect natural resources under the Swahili name Tuhifadhi Maliasili (Preserve Natural Resources).

USAID is supporting Tuhifadhi Maliasili rebuild broken corridors and oversee ecosystem conservation of the restored areas. To effectively do this, USAID and Tuhifadhi Maliasili don’t only work with wildlife but people in the settlements. Population explosion is the very cause of infringement into wildlife areas.

This and similar projects are vital for sustainable development in Tanzania, a country that has lost at least one-third of its ecosystems and seen triple its number of threatened species.

This is a major problem for national development especially for a country where over 25 per cent of its foreign income comes from tourism.

On behalf of Tanzania’s Minister for Tourism and Natural Resources, Director of Wildlife Division, Dr Maurus Msuha said; “The project is key especially in our changing environment as many of our wildlife movement corridors are increasingly becoming fragmented to reduce encroachment and conflicts.”

The project will extend across five years to restore destroyed wildlife corridors along with supporting the surrounding communities. As such, the majority of the funding will go into strengthening the institutional capacity of key players from both the public and the private sectors.

The project will engage and empower women and youth groups at both local and national levels. It is only through such communal engagement that the project can be sustained. A key part here is conducting awareness campaigns on the importance and relevance of ecosystem protection and environmental conservation.

It is vital that the youth are informed at an early stage about the importance of environmental conservation and the causes of climate change. While population explosion is causing an infringement of wildlife areas, climate change is making matters worse.

If youth are informed and encouraged to participate in development decision-making as well as to take part in leadership positions, then the project can be sustained over time.  Management of natural resources should a central national development agenda and to have that, the youth must be informed and encouraged to take part in the political process.

USAID and the Tuhifadhi Maliasili project can help to make this change. Conducting awareness campaigns for youth and women prepares a future of leaders and communities that are conscious of environment conservation.

Oil price war: Does the US stand a chance?