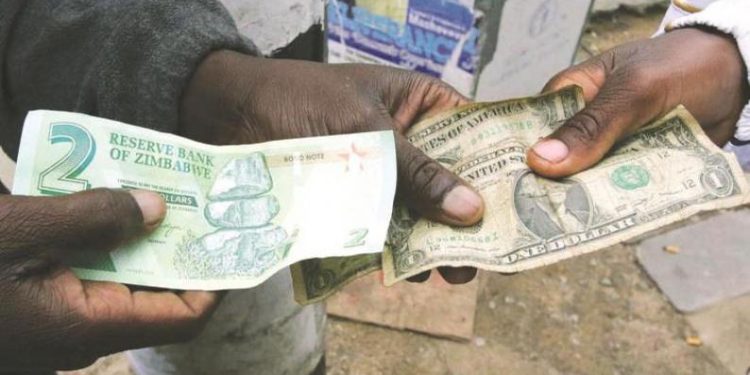 President Emmerson Mnangagwa has instructed banks to cease extending loans to the government and private sector departments with immediate effect, claiming that the unprecedented action was intended to halt speculation against the Zimbabwean dollar (Zimb$), which has been quickly depreciated on a booming black market

by Joseph Kangethe
in Countries, Zimbabwe
0
Share on FacebookShare on LinkedIn

Zimbabwe ditched its depreciated currency in 2009, preferring to utilize foreign currencies, notably the US dollar. Mnangagwa’s administration revived the native currency in 2019 to float alongside international currencies in the economy, but the local currency continued to lose value.

As a result, President Emmerson Mnangagwa has instructed banks to cease extending loans to the government and private sector departments, claiming that the unprecedented action was intended to halt speculation against the Zimbabwean dollar (Zimb$), which has been quickly depreciated on a booming black market.

The measures are being implemented in response to the erosion of parallel market currency rates. Before Mnangagwa’s statement, the Zimbabwean currency was officially valued at 165.94 to the US dollar, but it was trading on the black market at a rate ranging from 330 to 400 to the greenback. Monetary authorities have criticized sabotage, speculative borrowing, and indiscipline.

“Lending by banks to both the government and the private sector is hereby suspended with immediate effect until further notice to minimize the creation of broad money that is prone to abuse to manipulate the exchange rate for financial gains and allow current investigations,” he said.

Investigations found that many enterprises are simply borrowing significant sums of Zimbabwe dollars, which they then channel into the parallel market to acquire US dollars. They are then dispose of off when exchange rates fall, consequently pushing up exchange rates.

The new rules also targeted weaknesses at the Zimbabwe Stock Exchange (ZSE) that stock dealers have exploited. According to Mnangagwa, the existing structure permits consumers to sell shares and then transfer the money to third parties for currency trading. Brokers can also move funds from one customer sub-account to another, which has been the foundation for fueling parallel market activity.

“Third-party funding of client sub-accounts is no longer permitted, transfers out of a client sub-account shall only be permitted to the customer’s bank account and not to third parties, and the ZSE will have powers to undertake regular and continuous monitoring of broker transactions, share trading, and custodial changes,” Mnangagwa said.

To re-establish trust, the president proposed issuing an order to compensate account holders who lost the value of their assets when the country de-dollarized in 2019. “To address this value erosion, the government has determined to reimburse persons who have cash in their bank accounts of $1,000 or less as of January 2019 for the loss of value on bank account deposits.”

“Compensation for sums less than $1,000 has started and will continue.” A mechanism is currently being implemented to recompense individuals with bank accounts worth up to $100,000,” he added.

Mnangagwa has urged the Reserve Bank of Zimbabwe (RBZ) to guarantee outstanding foreign currency allotments are settled within 14 days after the auction. The auction mechanism only allots accessible foreign currency.

He stated that the present partial dollarization system would be maintained as the government’s preferred home economy as part of a carefully controlled de-dollarization process linked with economic realities.

As he enlarged the Interbank willing-buyer willing-seller facility from the present US$1 000 per day restriction to a maximum of US$5 000 per day and a maximum of US$10 000 weekly limit, income collection in foreign currency was permitted to continue to fund essential government initiatives.

Retailers and wholesalers were authorized to benchmark their price to the average interbank rate, with a maximum allowable deviation of 10 per cent. However, the move to freeze bank lending in a desperate attempt to halt the country’s currency’s rapid depreciation may deepen the economic crisis and expose borrowers to predatory loans, according to the country’s business association.

“Certainly, this is not an ideal strategy to manage broad money supply increase. The move legitimizes a parallel banking system with usurious interest rates. No investor would be drawn to an economy where credit may be terminated overnight,” stated the Zimbabwe National Chamber of Commerce (ZNCC) statement.