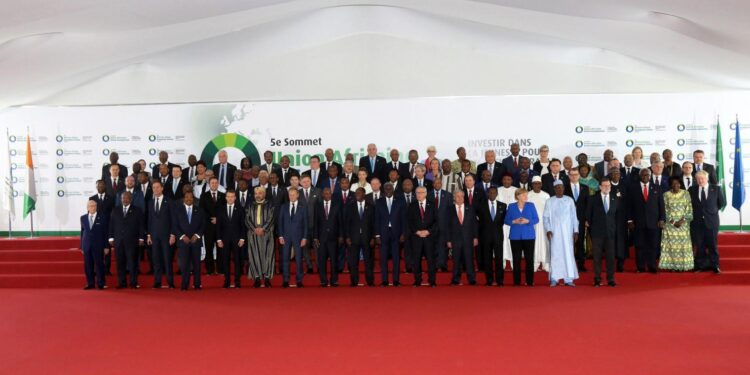 This is the sixth summit of European Union (EU) and African Union (AU) Heads of State and government being held as of 17-18 February.

by Giza Mdoe
in Africa, Health
0
Share on FacebookShare on LinkedIn 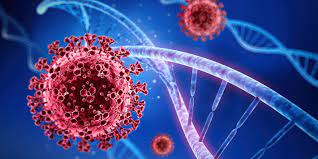 Many African leaders are boycotting the Africa-Europe summit over what they claim is hoarding of vaccines and production technology by European companies.

Today marks a major step in Europe-Africa relations as Heads of State from both continents meet in Brussels, as France President Emmanuel Macron put it to “completely overhaul EU-Africa relations.”

This is the sixth summit of European Union (EU) and African Union (AU) Heads of State and government that is being held as of 17-18 February.

The French leader envisions prospects of “…reforging an economic and financial New Deal with Africa” as the basis to “…establish a genuine system of peace and prosperity to build investments in African economies and build a shared future.”

Nice words that articulate good intentions but is that what Africa is hearing? There are overwhelming claims that African states are in contention with the global distribution of vaccines. Allegations are running rampant that Europe is hoarding the life-saving jabs.

Africa wants a waiver of patents on Covid-19 vaccines a move that will allow the continent to manufacture at affordable rates. Given these touchy disputations on vaccine production and distribution, it remains to be seen whether the summit will live up to its motto, “Europe and Africa: A joint vision for 2030.”

With the agendas set, the Summit will feature private sector participation alongside invited experts to discuss various themes including the sensitive health systems and vaccine production issue.

Other areas of discussion will cover agriculture and sustainable development, growth financing, climate change and energy transition, digital and transport.

Others are education, migration and mobility, private sector support and economic integration as well as peace, security and governance.

France is now at the wheel of the EU vehicle and a month before the January official handover, President Macron was emphatic that developing relations with Africa will be a central agenda of his leadership role in the EU.

“Since the beginning of my term of office, I have made a relationship with Africa a priority, and I deeply believe that the relationship between our two continents which border both sides of the Mediterranean is a major political and geopolitical project for decades ahead,” he said at a December press conference in Paris.

However, the said relation is now been challenged by one of the Summits key themes ‘health systems and vaccine production .‘

Will President Macron heed Africa’s call and influence ‘big medicine’ to loosen patents (and related profits) to allow Africa to produce the vaccine and save its people?

“The aim of the summit is to completely overhaul the relationship because it has become – we must admit – through its instruments, bureaucratised and rather tired,” admitted the French President.

“We want to establish a genuine system of peace and prosperity to build investments in African economies and build this shared future,” he said.

11 African countries to be allowed to enter the EU

What Africa Wants Out Of EU Relations

Last year did not end well for Africa as the continent continued to push for access to more vaccines, affordably. At the close of the year, some 68 EU and African foreign ministers held talks in Kigali, Rwanda.

Africa insisted on waivers for vaccine patents, Europe said no.

Even though the EU delegates admitted that; “We recognised, everybody, does, that there is an unbearable vaccination gap that has to be closed … between Africa and Europe,” the diplomats still said no vaccine patent waiver for Africa.

Also, despite scientists warning of the possibility of new Covid variants developing in Africa and the fact that just 5 per cent of Africa has been inoculated, the EU still said no to easing vaccine access to Africa.

The African Union (AU) had expected some sought of EU backing for targeted and time-limited Trips Waiver on vaccines. Trips stand for: Trade-Related Aspects of Intellectual-Property Rights and a waiver would have made it affordable for Africa to produce the vaccines in Africa.

The African Union had also hoped that the EU would approval issuing vaccine certificates for all vaccines including those made outside Europe like the one from India that has been cleared by the World Health Organisation.

None of the vaccine-related AU appeals was considered.

There was some glimmer of hope for the event host, Rwanda, which had made some headway in talks with the German firm BionNTech sign for the building of a vaccine-production plant in the country but in the long run, it was all in vain.

As the prominent media outlet EU Observer put it: “…all talk of patent waivers was cut from the final declaration.”

In an article titled: “EU says No to patent-free vaccines for Africa” the EU Observer quotes  the Geneva-based medical charity Médecins sans frontiers that alleged, “EU states with strong ties to pharmaceutical firms, such as Belgium, Denmark, Finland, Germany, Ireland, and the Netherlands, had previously lobbied against a waiver.”

From Vaccine To Energy, Will Brussels Yield?

We have heard what Europe via its European Union French President Macron is offering, now let’s hear what Africa is asking for, via its African Union President Macky Sall of Senegal.

In a webinar earlier this month, President Sall raised the powerful subject of energy in Africa and in particular the growth potential of gas and oil economies.

“African economies are among those that are polluting less but we are the part of the world that is affected the most by the aftermath and the consequences of climate change,” he reminded the World.

“So we should not add some injustice on the shoulders of Africa by no longer subsidising fossil fuels as was decided in Glasgow, because there’s a real difficulty for the African countries,” he said.

He said any move by Europe to remove subsidies on fossil fuels is simply unfair to African countries that have for decades suffered a dire energy shortage.

How it will all pan out is anyone’s guess, but since pharmaceuticals are businesses, it can be assumed convincing them to give up patent rights and in turn, give up profits will be a hard one to sell.

Cardano's vision to revolutionalize banking, loans and education in Africa