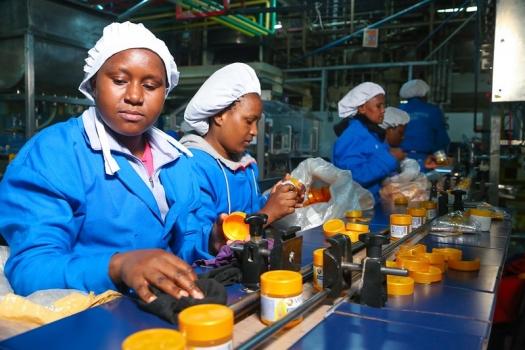 AfCFTA: nations to have opportunities to scale up and expand their markets in 2022. [Photo/UN]

Ghana and seven other countries, including Cameroon, Egypt, and Kenya, have committed to start trading under the AfCFTA.

Almost two years later, Ghana and seven other countries, including Cameroon, Egypt, and Kenya, have committed to start trading under the AfCFTA.

Tracing the roots of trade in Africa

The Sahara was previously a major African trade route. It transported salt and gold north to the Mediterranean, returning with textiles, ceramics, horses, ornate weaponry, and religion. For millennia, goods from Sub-Saharan Africa got transported via the desert to Europe even before Europeans landed on the mineral-rich lands south of the Sahara.

The southwest-to-north trade route went as far south as the Akan woodlands in modern-day Ghana and as far east as Ngarzamgu in modern-day Nigeria. The route helped shape mediaeval Africa as the land of gold, creating busy marketplaces, a professional class of affluent traders, and spawning empires.

Promoting a unified trading environment among Africa Union member countries informed the decision to form the African Continental Free Trade Agreement (AfCFTA). The agreement represents the world’s most extensive free trade zone since the World Trade Organization was founded in 1995.

Ghana is one of the nations with ready border and customs facilities that match the trading criteria of the AfCFTA.

Ghana hosted an event on January 4, 2021, to mark its first export within the scope of the agreement, setting a precedent for other nations. Almost two years later, Ghana and seven other countries, including Cameroon, Egypt, and Kenya, have committed to start trading under the AfCFTA. The arrangement between the eight nations marks the first trade arrangement since the signing of the agreement.

Addressing the Africa Export and Import Bank’s Export Trading Company Seminar, Deputy Minister of Trade and Industry Herbert Krapa, reiterated that the move underpins a landmark move for Africa and that he expects other member countries to follow suit.

The AfCFTA Agreement has been signed by 54 African nations thus far.  Among them, 46 tariff proposals have been filed, including Customs Union. Furthermore, 29 tariff proposals stand technically validated for trade.

Under the Rules of Origin discussions, 87.7% of import tariffs have been settled, while phase two consultations on Investment, Intellectual Property Rights, Competition Policy, Women and Youth in Trade, and Digital Trade are underway.

The crucial role of the Secretariat

Krapa said that the AfCFTA Secretariat and its youthful, vibrant Secretary-General, Wamkele Mene, should be praised for spearheading what is shaping up to be a successful implementation.

In addition, the Secretariat has created the AfCFTA Initiative on Guided Trade to transform all of the accomplishments on paper into action easily. To that end, the Secretariat aims to keep lines of communication open for nations to establish the necessary mechanisms for the AfCFTA implementation.

Trade between Ghana, Tunisia, Tanzania, Rwanda, Mauritius, Kenya, Egypt, and Cameroon has begun.  Therefore, as monumental as the occasion currently appears, the forebears’ desire will become a reality in the coming weeks.

Mr. Krapa further said that the development of export trading businesses for the continent remains timely to coincide with the transformation goal.

The trade agreement between the eight countries demonstrates that the AfCFTA has progressed beyond words. It remains to be seen how long it takes for other member nations to operationalize their trade machinery.

The issue is that, despite the AfCFTA being fresh and full of potential, it still confronts the same old dilemma. Africa, in other words, is not a unified entity by any standard.

Most African countries have poor infrastructure, with most governments remaining non-committal. These factors combine to hamper the free movement of products and services even in nations generally open to cross-border trade. Take, for example, the 1,028-kilometer highway proposed between Nigeria and Côte d’Ivoire. Nigeria’s part, the 66-kilometre Lagos-Badagry Expressway, began construction in 2020. However, only 17 kilometres of the road have stand completed thus far.

These two unsettling truths are among the many reasons the AfCFTA fails. The first is the unsolved ambiguity of creating a unified continental market in which multiple dysfunctional regional markets compete. The second issue is the dismal infrastructure. Poor infrastructure slows the flow of goods that need transporting over a border to a crawl.

However, other businesses are attempting to make the most of the situation. Along with traditional companies like Bolloré Africa Logistics, emerging firms with flashy technology tools aspire to reconstruct Africa’s cross-border commerce. The firms have little say in manufacturing and even less in trade policy. Nevertheless, these companies are already employing technology to handle freight, paperwork, and vendor funding. But they can only go so far.

How to start a business in South Africa

TICAD8: Japan to invest US$30 billion in Africa over 3 years