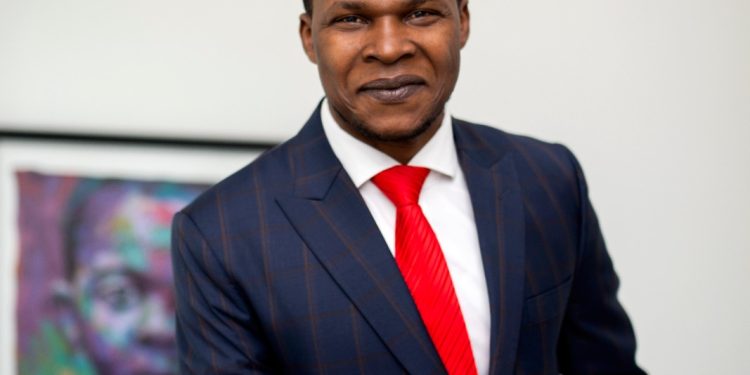 Certain developments within Europe are putting African natural gas producers in a stronger position than they have been in before with respect to being able to fight for— and win — a larger market share.

In the months since the European Union declared it would reduce its reliance on Russian oil following that country’s invasion of Ukraine, there’s been a lot of talk about the new opportunities this moment is creating for Africa’s natural gas industry.

I myself have been part of that conversation, and I stand by my past statements.

What’s more, certain developments within Europe are putting African natural gas producers in a stronger position than they have been in before with respect to being able to fight for— and win — a larger market share. Quite simply, there are gaps in the European gas market that weren’t there in the past — gaps that urgently need to be filled. Those gaps mean there’s more room for African gas now than there used to be, particularly liquified natural gas, which is easy to store and transport. Our report notes that 50% of the 2022-25 cumulative gas flows from Africa’s top-10 producers are expected to be exported as LNG.

And, the interest in African LNG is not likely to be a momentary blip. Going forward, new technologies and shifting geopolitical conditions should make it easier for African producers to maintain market share in Europe.

In short, things are changing.

For decades, Russia was the EU’s single largest provider of gas, delivering at least a quarter to a third of its total consumption. According to International Energy Agency (IEA) data, the figure was even higher in 2021, when it supplied 155 billion cubic meters (bcm) of gas, equivalent to 45% of total imports and 40% of total consumption.

The numbers for 2022 are bound to be different. The volume of Russian gas flowing into European markets started going down significantly shortly after the war in Ukraine. In April 2022, the share of Russian gas in total EU imports was reported to be 31%, down from 45% in April 2021.

There’s no reason to believe the number has gone back up since then since April was the last month that Russia was willing to accept payment from most EU customers in US dollars or euros instead of using special Ruble-denominated accounts that are subject to sanctions. Indeed, ever since Russia’s new payment requirement has taken effect, European customers have had to learn to live with abrupt cut-offs or reductions in pipeline gas deliveries, with their Russian supplier Gazprom citing payment difficulties or failure to resolve technical problems as reasons for the disruptions.

Since the end of April, these kinds of cut-offs have happened to Poland and Bulgaria, they’ve happened to Finland, and they’ve happened to Germany and all the other countries served by the Nord Stream I network. More cut-offs are likely before the end of the year, and no one knows exactly how much they’re going to affect the total volume of Russian gas shipments to Europe. The upshot is that in 2022 the volume of delivered gas is sure to be quite a bit lower than the 2021 figure of 155 bcm.

And that’s where African gas starts to come into the picture.

If the EU doesn’t have enough Russian gas this year, it will have to make up the deficit somewhere else in order to endure the next heating season. And in part, it’s been trying to do so by importing more LNG from established large-scale producers such as the US and Qatar.

The EU has also been buying more LNG from smaller-scale producers such as Peru. But it’s also reached out to gas-producing states in Africa. Italy, for instance, has negotiated the purchase of additional gas from Algeria in 2022 and is also looking to buy more gas from Egypt and Angola in the short term.

The market for the years to come

And European buyers aren’t just treating African gas as a quick fix — as something to cover the gap for the time being. Italy expects Algeria to keep supplying extra volumes beyond 2022, and it’s also talking to Angola, Egypt, and the Republic of Congo about more extensive deals. Germany is looking to cement ties with Senegal in light of that country’s future gas production, which is on track to start next year.

The EU has signed a trilateral memorandum of understanding (MoU) with Israel and Egypt to boost future gas imports from the Eastern Mediterranean region.

What’s more, the EU has sent Matthew Baldwin, the European Commission’s deputy director-general for energy, to Nigeria to discuss the possibility of increased gas supplies. Baldwin, who leads the EU’s Energy Platform Task Force (EPTF) — set up in May 2022 to help cut Europe’s dependence on Russian oil and gas — waxed enthusiastic about Nigeria’s contribution to the EU’s gas supply in an exclusive interview with Premium Times.

He noted that the West African country already accounted for 14% of the EU’s LNG imports, suggested that the figure might rise to 30% or more in the long term, and described Nigeria as a supplier that European gas buyers could count on.

“We need more gas from Nigeria as a result of the terrible war of aggression Russia has mounted on Ukraine. We can no longer count on gas coming from the Russian Federation, and we want to build a new partnership with countries like Nigeria with whom we have an already well-established partnership to obtain more gas and LNG from you on good commercial terms,” Baldwin declared.

The window of opportunity will remain open

It is somewhat tempting to meet these statements with scepticism, given that the EU has talked about gas supply diversification for more than 20 years and has done relatively little to make that diversification a reality.

Brussels has supported initiatives such as the Southern Gas Corridor (SGC), which began delivering gas from Azerbaijan to Italy in 2020. However, in the time it took to bring that project to fruition, Gazprom managed to plan one larger pipeline across the Black Sea (South Stream), scrap that plan, draw up a plan for another larger pipeline (TurkStream), and then execute that plan, all while working on an even bigger subsea pipeline to Germany, Nord Stream 2.

I believe, however, that such scepticism would be misplaced at this time. The EU is no longer working in a context where the benefits of supply diversification are theoretical and abstract; it’s now a concrete and immediate matter. For policy reasons, the EU wants to deny Russia access to revenue from gas sales and strip its status as a normal commercial partner.

For practical reasons, European gas buyers need to find a way to make up for the supplies missing from Russia. And for both policy and practical reasons, Brussels wants to deny Moscow the opportunity to continue using gas supplies as a blunt instrument with which to threaten Europe in the future.

The change isn’t going to be immediate. Reducing Russia’s profile in the EU’s energy mix will take time. But the process of supply reduction is underway, and it has already opened up new opportunities for African gas producers to acquire market share in Europe. I expect those opportunities to last beyond the near term as the EU attempts to establish a new combination of gas suppliers to replace Russia over the next few years.

I also hope Africa’s emerging gas producers take advantage of new LNG technologies, such as the modular Fast LNG solutions offered by New Fortress Energy (NFE), a U.S.-based company, to meet European demand for gas. With these technologies, they won’t have to wait as long or spend as much money to begin producing the LNG that European consumers are clamouring to buy.

They can start in two years or less rather than waiting five years or more, as is common with more conventional onshore projects.

Between these new technologies and the EU’s new policy stance, the African gas sector is likely to look very different within just a few years. I encourage you to read the State of African Energy Q2 2022 Report and learn more.

The writer, NJ Ayuk, is the Executive Chairman of African Energy Chamber.