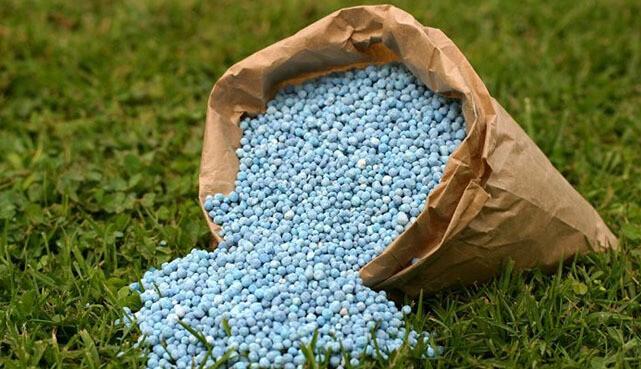 by Padili Mikomangwa
in Agribusiness, Tanzania
0
Share on FacebookShare on LinkedIn

In a press conference, on August 28th, the sector Minister Hon. Japhet Hasunga, highlighted the Tanzanian Bulk Procurement System (BPS) which he said operates on a competitive basis, said that the adjustment of the prices formula serves farmers’ interests.

Currently, fertilizer pricing will be based on a different formula, triggered by 12 percent decrease of Di-Ammonium Phosphate (DAP) fertilizer (a favorable input in maize production in Tanzania) to the source, the government also revised pricing formulas within farming year 2017/2018 and 2019/2020 respectively.

However, fertilizer prices, particularly to the DAP bags within eastern, northern and southern regions, will be sold at a directed price of $22.58 and $26.23.

The latter is purely a distinctive action towards affirming the 2006 Abuja Declaration on Fertilizer for the African Green Revolution, which calls not only for a 6 percent increase in agricultural production but also the increment in fertilizer application on farmland to increase from 8 kg per hectare to 50kg per hectare.

Agriculture in Tanzania, employment over 65.5 percent of the population who are providing for almost 100 percent of domestic food needs. Through the past decade agriculture has been experiencing various agrarian transformations, such as Kilimo Kwanza Program, in 2016; The Agricultural Sector Development Programme, Japan policy and Human Development and Southern Agricultural Growth Corridor of Tanzania.

The price reduction ultimately will prove millions of tons in production and billions in revenue, if operated seamlessly and with a strategic focus. This comes in the context that, Tanzania is marking its way into cereal production especially maize where, more than 5 million tons are produced, raising a bit above the national requirement, according to the 2018/2019 Food Security report.

African Development Bank (AfDB) indicate almost US $ 4 billion is lost in soil nutrients year. On that note, Tanzania like in all developing nations, nearly 67 percent of the population live in rural areas of which most of them engage in agricultural activities, spending money in farmland inputs to support their lives, thus low fertilizer prices bring relief in the efforts.

High prices of fertilizers, unmistakably mar their collective efforts in enhancing cultivation and incomes, thus the latter is offering something rather vital to the sector contributing over 29 percent to the GDP.

In that context, with auxiliary relief in other agriculture subsidies, Tanzanian farmers could perform better in the sector that generates more food stock above requirement, 16.4 million tonnes above 13.8 national requirement, according to Bank of Tanzania August report.

Trimming down fertilizer prices is an important step towards harmonizing collective agrarian efforts, discouraging low productivity despite technological and marketing drawbacks that face the sector.

Tanzania’s National Bureau of Statistics (NBS) 2019 first-quarter highlights to account 6.3 percent in the economy, and for maize, millet, cassava, sorghum and paddy to be leading contributors.

About 44 million hectares of land is arable, 33 percent of it is cultivated. This means, more yield could be extracted from farmlands with proper fertilization inputs.

And yet, this dependable sector in Tanzania has grown at 5.3 percent rate, entailing furthermore to the industrialization ambitions of the nation. As the current regime focuses much on improving conditions for establishing an industrial economy that will consume agricultural raw materials, for domestic markets and exportation.

In that line, agricultural products are primarily materials depended for industrialization, thus affordable fertilizers will certainly promote decent increase in production, necessary for adjustments to higher demands required for such industries.

Agricultural development prospects could be met in Tanzania. This means via dissecting various efforts made the Tanzanian government increase value within the sector.