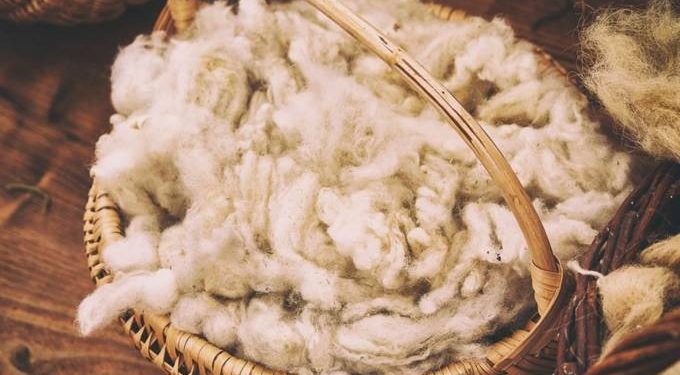 China has lifted restrictions on the import of wool from South Africa (SA), the Department of Agriculture, Land Reform, and Rural Development said on Tuesday, August 23.

China had banned the export of wool from South Africa due to an outbreak of Foot-and-Mouth disease earlier this year.

The General Administration of Customs of China and the Ministry of Agriculture and Rural Affairs lifted the ban on Tuesday after conducting a full consultation and risk-evaluation process.

In a joint statement, Agri SA and the National Wool Growers’ Association of South Africa (NWGA) have expressed relief at lifting the ban.

“We want to thank Minister of Agriculture, Land Reform and Rural Development, Thoko Didiza, and Minister for Trade, Industry and Competition, Ebrahim Patel, as well as the directors general of these departments for their working in securing this relief. This is an example of what can be achieved through effective partnership between industry and Government,” the statement read.

South Africa produces more than 42 million kg of wool from 8,000 commercial sheep farmers. 40,000 communal smallholder farmers contribute 14 per cent of total wool exports. These farmers would have suffered an irrecoverable loss of R730 million if the restrictions continued.

Last month, Business Day reported that the wool industry was strained by China closing its doors. This was not the first time South Africa has experienced such a challenge in China. During the 2019 foot-and-mouth disease outbreak, China followed similar harsh practices and temporarily suspended South African wool imports.

NWGA and Agri SA have been calling for the government to intervene in lifting wool export, saying it is unjustifiable.

According to an article by The Witness dated August 8, 2022, the farming industry has been calling on the South African government to urgently engage its Chinese counterparts to discuss the lifting of the ban on wool.

Local agricultural organizations regarded China’s ban as unjustifiable because, so far, no outbreaks of FMD had been recorded in major wool-producing areas. Furthermore, the local wool industry has measures in place to protect the wool.

Furthermore, it said, the ban also threatens the livelihoods of the industry’s 35 000 workers as well as 4 500 seasonal sheep shearers and wool handlers.

“The ban is unwarranted since South Africa has protocols in place that regulate the storage of wool after shearing for a specified time at required minimum temperatures as stipulated by the terrestrial code of the World Organisation of Animal Health (WOAH),” Christo van der Rheede, executive director of Agri SA said.

According to the sector, the first wool auction for the 2022/23 season was scheduled for August 17 and with 70-80 per cent of the South African clip traditionally destined for China, the ban was having a devastating effect on the local wool industry.

Due to the Chinese ban, there was already a sharp fall in prices at the recent first auction of South Africa’s new wool auction for this season. Leon de Beer, CEO of the National Wool Growers Association of SA (NWGA), warned at the time of an even greater impact if the Chinese ban remained in place.

Last week, Didiza announced a national 21-day ban on moving cattle to curb the spread of the disease – among the world’s most infectious animal illnesses. There will be exceptions, including if there is a veterinary permit for direct slaughter at registered abattoirs and slaughter for ritual purposes.

“The lifting of the ban is wonderful news to everybody involved in the wool value chain. The restrictions regarding the movement of cattle will hopefully stop the further spread of FMD and also bring stability to the wool export market. The efforts of the SA government and the Department of Agriculture need special mention and is an example of what can be achieved if industry and government work together,” De Beer commented on Tuesday.

In related news, Botswana has suspended all exports of cattle and related meat products while authorities investigate a suspected outbreak of foot-and-mouth disease.

“Farmers are informed that a movement standstill for all cloven hoof animals has been imposed due to suspected foot and mouth disease cases in the North East District,” Kefentse Motshegwa, acting director of Veterinary Services, said, adding that exports of fresh meat and raw animal products have been suspended.

The suspected cases involve animals in the North-Eastern district that’s close to Zimbabwe, Kefentse Motshegwa, Botswana’s acting director of Veterinary Services, said in a statement on Wednesday. All movement and slaughter of cattle within the country have also been halted.

“The movement restriction facilitates disease investigation and will be lifted once investigations are concluded,” Motshegwa added.

The increase in Wool’s year-by-year imports was explained primarily by an increase in imports from Australia (ZAR570 or 781 per cent).

How to start a business in South Africa

TICAD8: Japan to invest US$30 billion in Africa over 3 years