The worst-hit at this stage are those that depend on goods and services from China. 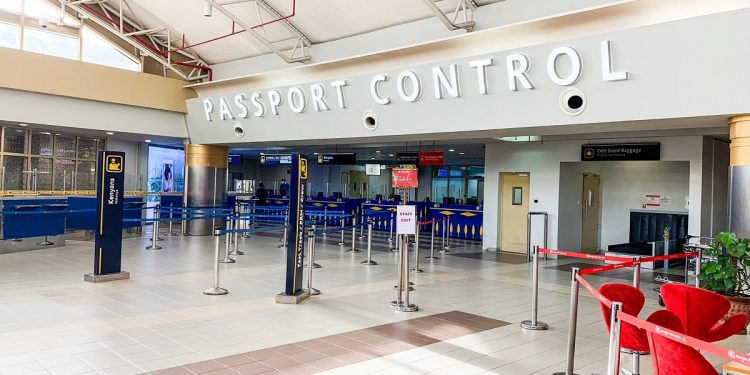 A photo taken by Kenyan journalist Larry Madowo on Sunday, March 15, 2020 at the JKIA. The coronavirus spread has shaken forcing Africa to close its borders. [Photo/ Larry Madowo]

Economies around the world are taking a beating from Corvid-19 as aspects of their production and consumption take a nosedive.

With countries now dependent on each other for trade, sources of raw materials and labour, the coronavirus is bringing an end the approach to doing business globally as we know it. With much more connections through travel, the virus has found a way of stymying growth in several countries- including China, the epicentre of the outbreak- and many others which are still finding ways and means of addressing the challenge.

The worst-hit at this stage are those that depend on goods and services from China.

And while Africa is still largely safe from the ravages of the virus, many countries are already feeling the heat since they cannot procure goods from China following the lockdown and the shutting of entry points for non-citizens.

For instance, the Kenya Private Sector Alliance (KEPSA) says that the disease outbreak has affected several companies risking the situation in the already fragile economy. KEPSA has initiated measures to mitigate against the negative impact of the disease which has seen Kenya’s major source market closed down as the virus spread.

In a survey, Business Perspectives on the Impact of Coronavirus (Covid-19) on Kenya’s Economy, KEPSA notes that 61 per cent of businesses have felt the effect of coronavirus outbreak on their businesses with 84 per cent of the businesses experiencing very low to moderate impact of the virus on their activities.

A total of 127 businesses drawn from 17 sectors of the economy participated in the study.

While this is just a small case study, it has a huge impact on the East African nation which is primed as the region’s business hub. In essence, if Kenya sneezes, the East African region catches the cold-quite literally.

The country acts as an entry point for many landlocked nations in the larger Eastern Africa with Uganda, some sections of Tanzania, Rwanda, Burundi, Ethiopia, South Sudan, the Democratic Republic of Congo. Kenya serves these countries through the seaport and its airports.

No one saw this coming!

Globally, the picture is as gloomy as it was during the recession in 2008.

UNCTAD notes that while the spread of the coronavirus is first and foremost a public health emergency, it is also, a significant economic threat.

“The so-called “Covid-19” shock will cause a recession in some countries and depress global annual growth this year to below 2.5 per cent, the recessionary threshold for the world economy.

Even if the worst is avoided, the hit to global income, compared with what forecasters had been projecting for 2020 will be capped at around the trillion-dollar mark. But could it be worse? Published today, a new UNCTAD analysis suggests why this may be the case.”

The UN trade body adds that losses of consumer and investor confidence are the most immediate signs of spreading contagion, the analysis suggests.

“However, a combination of asset price deflation, weaker aggregate demand, heightened debt distress and a worsening income distribution could trigger a more vicious downward spiral. Widespread insolvency and possibly another “Minsky moment”, a sudden, big collapse of asset values which would mark the end of the growth phase of this cycle cannot be ruled out.”

“Back in September we were anxiously scanning the horizon for possible shocks given the financial fragilities left unaddressed since the 2008 crisis and the persistent weakness in demand,” said UNCTAD’s director of Globalization and Development Strategies, Richard Kozul-Wright.

“No one saw this coming – but the bigger story is a decade of debt, delusion and policy drift.”

Africa is closed for business

With the threats to the fragile economies in Africa, it seems like the continent is now closed for business.

On March 15, Kenya issued a travel advisory to countries in Europe and to the US as the Covid-19 threat escalates.

Following the confirmation of two additional coronavirus cases in the country, President Uhuru Kenyatta announced that the government has suspended entry for all persons coming into Kenya from any country with reported coronavirus cases.

He said only Kenyan Citizens and foreigners with valid resident permits will be allowed entry provided they take up self-quarantine or check into a government-designated quarantine facility.

“This will take effect within the next 48 hours to cater for any passengers who may be enroute. This directive will remain in effect for the next 30 days or as varied by the National Emergency Response Committee,” the President said.

Additionally, the president said all persons who have come into Kenya in the last 14 days must self-quarantine while any person who exhibits symptoms such as cough or fever should present themselves to the nearest health facility for testing.

Several African countries are positioning themselves to ensure that the virus does not wreak havoc.

As tables have turned, African nations are now demanding that those travelling from other countries provide proof that they are safe by providing details to show their health statuses. While this has been the norm for many Africans travelling to Europe and the Americas, it will be a shock for many travellers who have never had to provide such kind of proof.

In addition to Kenya, Ghana also blanket-banned travellers from countries affected by Covid-19 while the DRC is imposing quarantines on travellers from Italy, France, China and Germany. Rwanda, Uganda and Mali also have in place measures to control entry of travellers from hard hit countries.

Mauritania has deported 15 Italian tourists while Tunisia deported 30 other Italians for violating their quarantine requirements.

With these developments, it seems like Africa is finally closed for business but with limited travel still ongoing, there could be a silver lining to all the darkness being experienced by humanity worldwide.

From Jack Ma to Safaricom, coronavirus unites all peoples

Tanzania reports its first case of the coronavirus