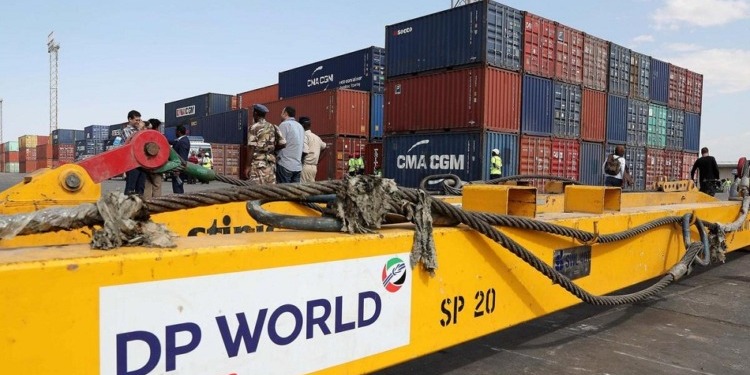 DP World, the leading provider of worldwide smart end-to-end supply chain logistics has continued with its focus to expand its services in Africa.

Last month, the company launched the first dedicated container train service connecting Maputo and Harare, Zimbabwe. This is key to its vision to connect several countries in Southern Africa – namely Maputo with South Africa, Zimbabwe and Swaziland – by rail.

The new offering presents a multitude of new business opportunities for customers in Zimbabwe and Mozambique.

The service offers significantly better transit times for customers in Zimbabwe. In the past, transit goods on their way to Harare would often have to be transported far greater distances by sea and road, but this route will give customers a new, direct, and faster option for delivery.

Following the launch of the bi-weekly rail service, DP World Maputo will continue to work with all the stakeholders involved to make this a weekly train service between the two cities, to allow even greater cost saving and planning opportunities for businesses and individuals who need reliable, efficient transportation of goods.

According to DP World Maputo CEO Christian Roeder, the rail service between Maputo and Harare is key to reopening the route between the said markets to drive more efficient logistics in the region.

Roeder added that DP World Maputo will be able to cut down transit times, give their customers better service and improve the connections between cities, through the rail service, which the company will facilitate and handle all port and border documentation.

International container imports landed in Maputo port and destined for the South African hinterland, can now be moved under bond to Komatipoort, where full customs clearance can be provided and made ready for delivery across South Africa.

DP World will continue to develop the Maputo Corridor, a vital trade route in Southern Africa, through investing in new infrastructure to meet local demand, while DP World Maputo’s container terminal capacity will also be enhanced, having already doubled in size between 2016 and 2018.

Last week, DP World announced an offer to acquire JSE-listed Imperial Logistics, an integrated logistics and market access company with operations mainly across the African continent and in Europe. 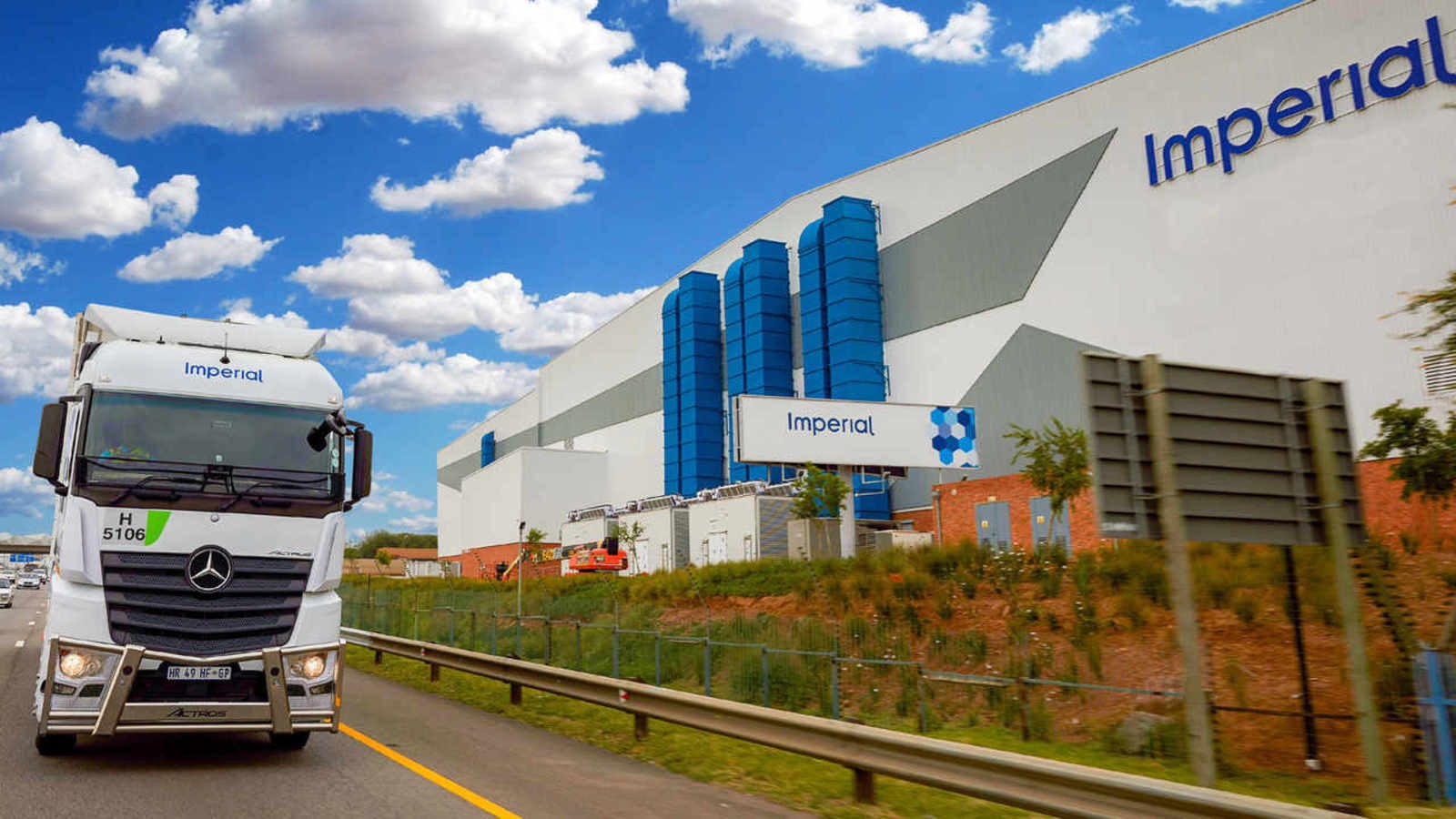 The company through a press releases posted on its official website said the acquisition will enhance its capabilities, particularly in Africa, building on its extensive infrastructure of ports, terminals and economic zones.

It represents a premium of 39.5% to the Imperial share price as of 7th July 2021 on the Johannesburg Stock Exchange (JSE) and a 34.2% premium to the 30-day volume weighted average price.

This transaction is subject to Imperial’s shareholder approval and other customary completion conditions including regulatory approvals.

Imperial is an integrated logistics and market access solutions provider with a presence across 25 countries, including a significant footprint in the high growth Africa market.

The Group focuses on fast-growing industries including healthcare, consumer, automotive, chemicals, industrial and commodities. Imperial’s business has been built on long-term partnerships with cargo owners, in addition to serving as a trusted partner to many multinational clients, principals and customers.

The acquisition of Imperial will add new capabilities to DP World, particularly in Africa. Combining the companies will create the continent’s best network across inland logistics, ports & terminals, economic zones and marine logistics. DP World aims to improve connectivity between African producers along fast-growing trade lanes to the rest of the world.

According to DP World’s Group chairman and CEO Sultan Ahmed Bin Sulayem, the acquisition of Imperial will help DP World to build better and more efficient supply chains for the owners of cargo, especially in Africa.

“Imperial’s operations are complementary to our network of ports, terminals and logistics operations on the continent. Like DP World, Imperial’s biggest asset is its people, and we look forward to welcoming employees of Imperial into the DP World team on successful conclusion of the transaction,” he said.

The acquisition will also build on Imperial’s contribution to the South African economy. Integration with DP World will also strengthen South Africa’s position as a logistics hub for Africa.

Imperial Logistics Chief Executive officer Mohamed Akooje said the transaction will be value-enhancing for Imperial as the business will benefit from DP World’s leading technology, global networks and key trade lane volumes, while enabling them to build on their ‘Gateway to Africa’ strategic and growth ambitions.

DP World’s success can be attributed to their mutually beneficial relationships – with governments, shippers, traders, and other stakeholders along the global supply chain – relationships built on a foundation of mutual trust and enduring partnership.

In late 2019, Unifeeder, a 100 percent subsidiary of DP World, announced the acquisition of a 77 percent stake in Feedertech Group to cater North African market. The transaction value which was less than 1 percent of DP World’s net asset value (NAV) and came to close in Q1 2020.

Ali Maghami, the founder of Feedertech retained the remaining 23 percent and remained involved in the business. Unifeeder now have the capability to offer feedering and regional short-sea connectivity in Northern Europe, Mediterranean, Northern Africa, Asia, and the Indian subcontinent.

The transaction broadened the group’s feedering and short-sea product offering to multiple geographies and further enhanced DP World’s logistics capability to offer an end-to-end solution to both the shipping lines and cargo owners. It also added exposure to a fast-growing trade route between Asia, the Indian Subcontinent and Middle-East.

On October 13, 2021 to October 14, 2021,  GBF Africa will be bringing the trade and investment community back together to explore bilateral trade opportunities between Dubai and Sub-Saharan Africa.

The Forum is held under the patronage of His Highness Sheikh Mohammed Bin Rashid Al Maktoum, Vice President and Prime Minister of the UAE and Ruler of Dubai.

The forum will attract over 50 speakers with over 55 countries and more than 1000 delegates attending.

Kenya’s Phyllis Wakiaga, the chief executive of the Kenya Association of Manufacturers (KAM), Nigeria’s Ifeyinwa Ugochukwu who is the CEO of Tony Elumelu Foundation and Ghana’s Angela Kyerematen-Jimoh, the regional general manager for IBM North, East and West Africa are some of the notable speakers at the GBF Africa 2021.

Last month, an agreement was reached between an African bank and an Abu Dhabi financial institution, in a bid to increase African purchasers’ access to funding for imports from the United Arab Emirates and support UAE exporters’ growth in Africa.

It is the first partnership of its kind to be entered into by ADEX with an overseas financial institution and it aims to improve trade relations between the United Arab Emirates (UAE) and Mauritius-headquartered TDB’s 22 member states, namely Burundi, Comoros, the Democratic Republic of the Congo, Djibouti, Egypt, Eritrea, Ethiopia, Eswatini, Kenya, Madagascar, Malawi, Mauritius, Mozambique, Rwanda, Seychelles, Somalia, South Sudan, Sudan, Tanzania, Uganda, Zambia and Zimbabwe.

Under the facility agreement, ADEX will make available the USD 30 million to TDB, which will be used to extend loans to purchasers and importers from its member states, to buy goods from the UAE.

Alongside this, the parties signed a cooperation agreement laying out further groundwork to encourage harmony of trade and business between the UAE and Africa. This could include future loan agreements.