A typical example and an apt preface for this article would be the massive coal deposits in the Waterberg area in the north of South Africa.

by Laurence Sithole
in Infrastructure
0 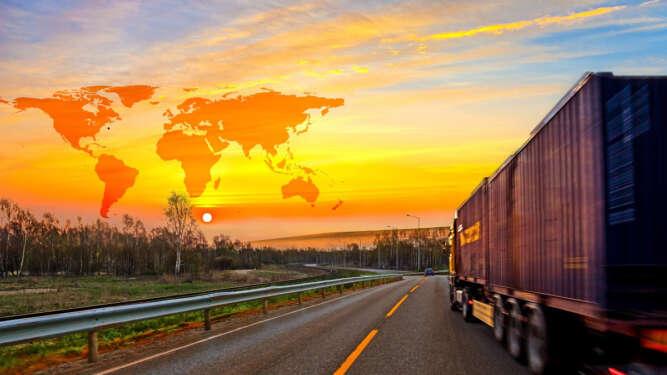 A lot has been written about the case for investing in Africa.

Many journalists and economists have eulogized about the merits of investing in Africa going as far as to describe it as the final frontier. Africa is indeed the so-called final frontier and it is that for very good reason. It has the largest share of any natural resources on the planet that are still untapped for the most part. It is not an exaggeration to describe the continent as a Utopian Eldorado as far as investment is concerned. It is home to the youngest population demographic who will comprise a large part of the middle class and will consume large quantities of services and goods.

A typical example and an apt preface for this article would be the massive coal deposits in the Waterberg area in the north of South Africa. This resource is estimated to be in the region of 50 billion tons! A quarter of that resource can be mined using open cast methods and the remainder using underground mining methods. Only in recent years has meaningful infrastructure development taken place. The lack of infrastructure has been a major deterrent of investment in the Waterberg coal field. The same analogy can be given with respect to the Congo River which if harnessed through the construction of the required infrastructure could provide sufficient electricity to power all of Africa, it has been said.

There is a deficit of infrastructure which is deterring investment in Africa.

Universally it is agreed that Africa lags behind the rest of the world in terms of infrastructure classes namely energy, road, rail transportation and water. A study conducted by McKinsey found that there are three primary issues affecting the development of meaningful infrastructure in Africa namely:

Electricity for example is still very poorly developed with communities in large swathes of land in Africa having no access to electricity. In Zimbabwe and South Africa power outages and rolling black-outs are commonplace. Those with access to the power grid use very little of it as a result. In Mali, according to the study, the average person uses less power in a year than a person in London does to power their kettle. An estimated 600 million people in Africa lack access to electricity.

Despite the insufficient power infrastructure significant progress has been made. In 2018 it is estimated that 100 million people connected to the power grid in India compared to the 20 million in Africa. Unmet demand for electricity is however, expected to increase and quadruple between 2010 and 2040.

Power drives just about every facet of human existence. It is only one part of the collective of infrastructures needed to drive human development but also to sustain economic prosperity. Economic development and growth of Africa’s business sector depends on the state of its infrastructure.

On the brighter side expenditure in this area across the continent has been on the rise in the last 15 years. Additionally, international investors have both the appetite and the funds to spend more across the continent. This was the idea behind the formation of the partnership between Aliko Dangote’s group and Steve Schwarzman’s Blackstone group through a fund that was named the Black Rhino. Its purpose was to fund profitable infrastructure projects across the continent.

The major challenge impeding the flow of international money to African infrastructure projects is that countries on the continent have poor records of initiating projects and developing up to the point where funding is successfully acquired, and ground is broken. Zimbabwe is a case in point. In Matabeleland, which is a drought-prone province, government has for many years mulled what it called the Matabeleland Zambezi Water project where pipes would be laid to feed the province from the river. This project has never seen the light of day. It is no surprise that almost all the research conducted into the subject of infrastructure development always finds that no less than 80% of infrastructure projects fail at the feasibility and business planning stages.

Africa it has been found, trails the so-called BRICS countries in other key measures including rail and road density. The Infrastructure Consortium for Africa found that some efforts are being made to plug the gap. Between 2013 and 2017 average annual funding for infrastructure development was US$77 billion with East and West Africa accounting for 27% and 19% respectively. Transport and energy sectors accounted for 75% of total infrastructure investment. This rise in investment expenditure has come from the resources of African countries with China’s participation increasing steadily. China’s commitment to the development of Africa’s infrastructure between 2013 and 2017 increased at an average annual rate of 10%. It is interesting to note that China’s Export Import Bank financed more than 90% of the US$3.6 billion Mombasa-Nairobi Standard Gauge Railway in Kenya. The Chinese also fully sponsored the construction of the new Zimbabwe parliament building in Mount Hampden which is envisaged to be the country’s new capital.

In as much as the progress that has been described is impressive much more is needed. African investment in infrastructure since 2000 has averaged a collective 3.5% of GDP. To close the infrastructure gap, however, will require this number to go up to at least 4.5%. China and India on the other hand spend 7.7% and 5.2% on infrastructure respectively.

A caveat for stakeholders is needed concerning the cited research studies. The consulting companies and the various think-tanks that commissioned various studies on the matter of infrastructure development treat the continent as though it were one massive homogenous country. This makes the findings somewhat inaccurate in that they do not fully acknowledge the countries in Africa which have made significant strides in developing their infrastructure. Outliers in Africa in terms of infrastructure are South Africa and Nigeria. Zimbabwe—had it not been for the many years of neglect—would have had an advanced infrastructure system.

To catch up with the rest of the world Africa it is said, will have to spend at least US$150 billion on infrastructure by 2025. The sustainability and feasibility of such a massive change in investment expenditure by African governments in the face of rising debt to GDP ratios will certainly constrain their ability to spend further in the future and is something that remains to be seen. Rising debt to GDP is a common characteristic of countries in Sub-Saharan Africa and it is not surprising to see that such countries have poor and decaying infrastructure.

As previously mentioned, international investors have expressed a desire to help African countries plug the gaps in their infrastructure. These private investors have an estimated US$500 billion in assets under management. The US based investors account for 38% of potential funding with significant funding available from the UAE, the UK, China and France.