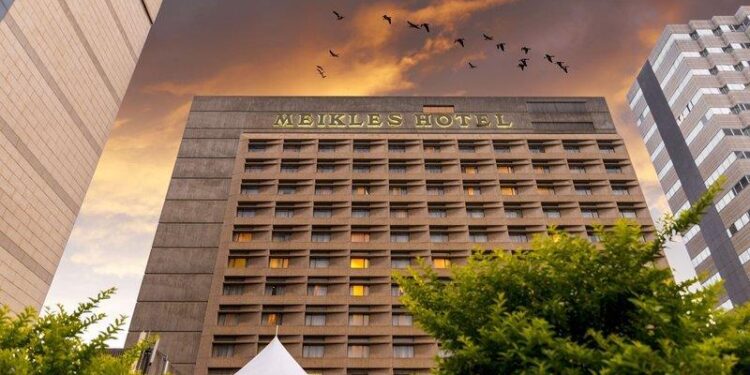 Meikles Limited is a story on the making of a Zimbabwean corporate aristocrat.

The old conglomerate is preparing for the future by shedding off old businesses and going back to basics.

by Laurence Sithole
in Industry and Trade, Zimbabwe
0
Share on FacebookShare on LinkedIn

Few companies in Zimbabwe have a history as rich as that of Meikles Limited.

Even fewer still can boast of the longevity this conglomerate has. It is difficult to imagine the Zimbabwean business and economic landscape without Meikles Limited. The roots of the company date as far back as 1892.

This was when 3 brothers namely John, Stewart, and Thomas Meikle arrived in the country. The brothers set up a trading company in Fort Victoria modern-day Masvingo.

Their trading operation spread from Masvingo to major cities in Zimbabwe like Bulawayo, Mutare and Harare. The brothers diversified their business interests to include hospitality when they opened the first hotel in Harare in 1915.

The company has been in existence for about 130 years and in that period amassed a substantial portfolio of businesses that comprise hospitality, food retail, agriculture, and security services. The large size of the company and dominance in the markets made it a darling of the Zimbabwe Stock Exchange.

At the height of its conglomerate strategy, the company owned everything from food retailers, department stores, a cotton printing company, tea estates, and a bank. Meikles was even called Kingdom Meikles Africa during its short-lived with Kingdom Financial Holdings.

The company divested its financial services interest in a demerger after an acrimonious shareholder and boardroom dispute and so began the drive to refocus its business activities around its core businesses namely retail, hospitality, security services, real estate, and agriculture. Meikles recently announced that it would be discontinuing its mining activities.

The restructuring exercise has not spared its hospitality business. The company also sold off the crown jewel of its hotel portfolio, the Meikles Hotel in Harare. The sale of the hotel was finalized in March 2020. The prime property was sold to Albwardy Investments, a Dubai based investment vehicle of eccentric billionaire businessman Ali Albwardy for US$ 20 million.

The reason for the disposal of the prized property was that its location was no longer consistent with that of a 5-star hotel location. This is because where the hotel is located is now a haven of informal foreign currency traders and other undesirable activities.

The group is in the process of unbundling its agricultural interests through the listing of the Tanganda Tea Company which grows, packs, and distributes tea products in addition to bottling mineral water through its Tingamira brand.

After disposing of its iconic Meikles Hotel the company now operates in its hospitality division the Victoria Falls Hotel through a joint venture with another local tourism operator African Sun Limited. The company also owns and operates the Cape Grace hotel in South Africa.

On the food retail side, the company used to operate TM branded stores which rebranded for the most part into Pick n Pay after going into partnership with the South African based retail giant. It operates 56 stores in Zimbabwe.

The company had initially scheduled the unbundling of this asset to take place by year-end 2021 but had to defer the transaction pending the resolution of capital gains tax matters.

The tax issues have been resolved and the board has cleared the way for the listing of Tanganda Tea Company which is now slated to occur in February 2022.

The demerger of Tanganda according to a circular sent to shareholders in October 2021 gives the following reasons for the proposed transaction:

Existing Meikles shareholders as of the record date will receive 1 Tanganda share for every 1 share they hold in Meikles. The listing is therefore not for the purpose of raising capital but rather to offload the Tanganda Tea Company so that it is a standalone company.

Read: Zimbabwe resurgence or is it a mirage?

After the demerger is complete, the company will retain its listing on the ZSE and its portfolio will comprise hospitality, security services, hospitality, and real estate. There is also a lesson for investors to take note of in classical corporate finance theory. It is not always a good idea for a company to expand for the sake of expanding. Growth for just that growth’s sake will not always be rewarded by the market especially if the entity is a listed company.

It gets worse when that growth is by means of becoming a conglomerate.

A conglomerate is one very large corporation or company, composed of several combined companies, that is formed by either takeovers or mergers. In most cases, a conglomerate supplies a variety of goods and services that are not necessarily related to one another.

Meikles is a classical conglomerate because it would be hard for any investor to understand what the relationship is between the businesses it operates. For a listed company a conglomerate formation is not the most desirable because it results in what is known as a discount to the net asset value.

This means that the listed share price of a conglomerate company will not reflect the value of the underlying assets it has. There will be a considerable discount because investors will not consider favourably a company that opts to diversify investments on their behalf whereas they can do so entirely on their own.

The price and rewards of focus 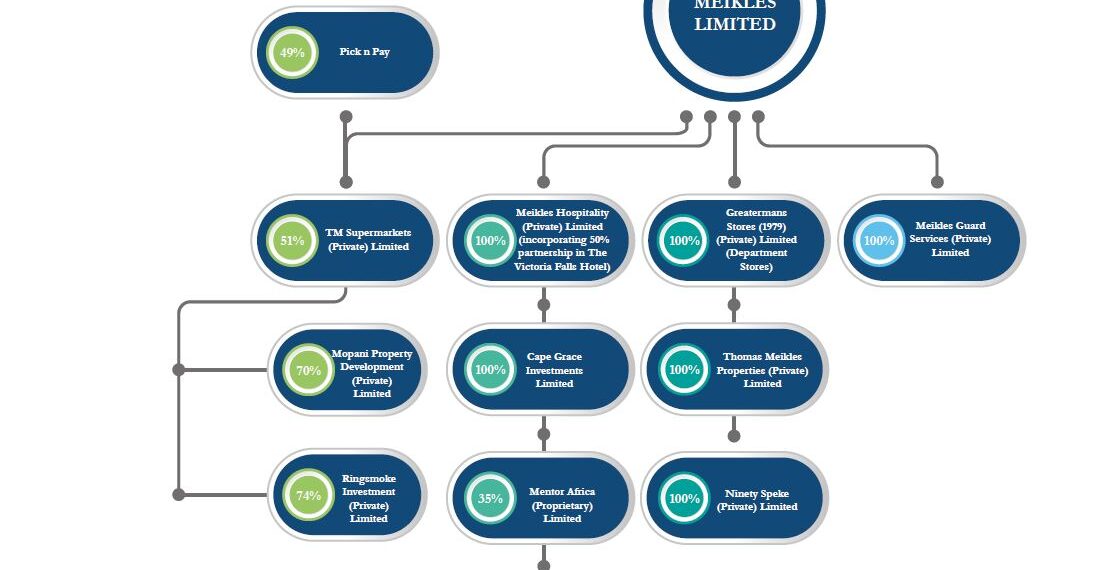 After the unbundling, the group intends to focus on the retention and consolidation of its investments in what will be its core business. Over the next 3 to 5 years the company expects to add to its portfolio of supermarkets and to upgrade its existing stores.

Meikles reported that it achieved growth in its profits and operating cash flows in March 2020.

The unbundling of non-core businesses will give impetus to the share price of Meikles Limited. It should give some relief to its investors that the company is following in the direction of another ZSE listed conglomerate Innscor Africa Limited which over the last 10 years has been unbundling its businesses. Smart money considering investing in Zimbabwe should consider investing in this company. 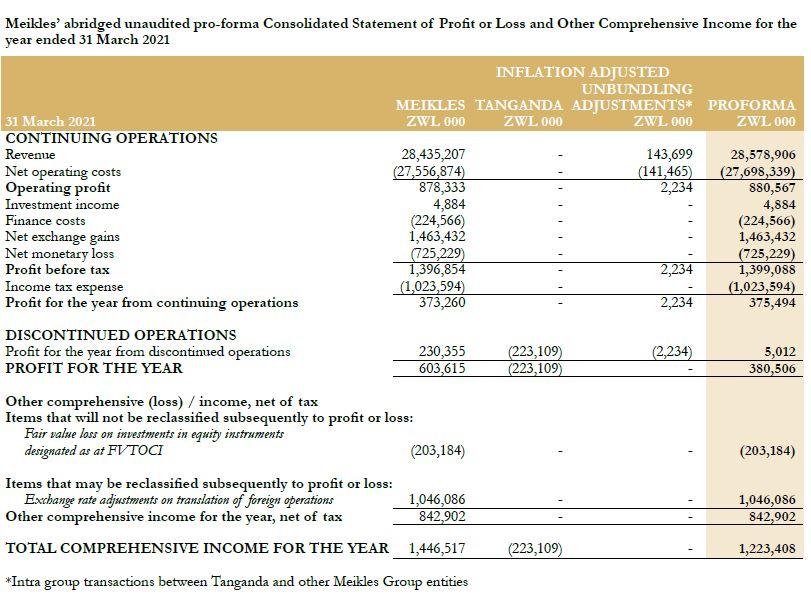 The company’s assets in the hospitality segment (the Victoria Falls Hotel and the Cape Grace) are positioned to cater to high-end tourists. Both operations according to the company were profitable prior to the advent of the Covid pandemic.

Meikles is devising strategies to reposition the hospitality assets in preparation for a rebound in international tourism.