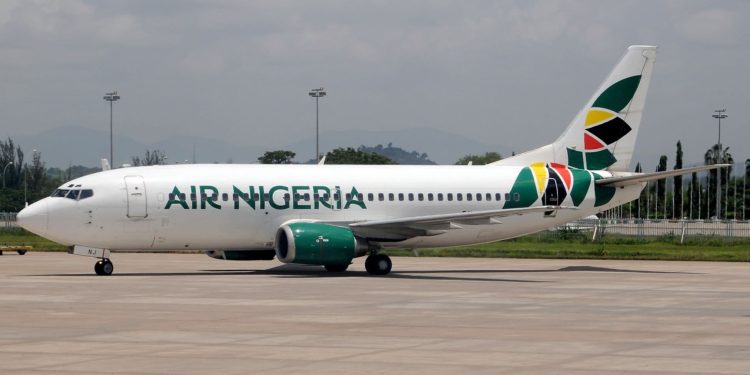 Nigerian airlines have struggled to get aviation fuel, known as Jet A1, at the proper price and quantity required for the past four months

Nigerian airlines have struggled to get aviation fuel, known as Jet A1, at the proper price and quantity required for the past four months. The growing cost and shortage of aviation fuel have threatened to halt the aviation sector in West Africa’s largest economy.

Lagos should be the West and Central African aviation hub due to its location and passenger flow. However, Nigeria is losing this to Accra, Ghana, because of high aircraft fuel prices, insufficient infrastructure, and excessive government agency fees. Nigerian airlines use 1.6 million gallons of fuel per day, whereas foreign carriers and private jet operators demand around 800,000 litres per day.

According to the Airline Operators of Nigeria (AON), oil marketers have raised the price of jet fuel from 190 to 700 Nigerian Naira per litre in May since January of this year. Aside from impacting the cost of aircraft tickets, the high price of aviation fuel impacts safety since airlines may be tempted to extend maintenance dates to recuperate costs.

Stakeholders in the industry think that prompt intervention is required and everything should be done to prevent a potentially permanent disaster.

Perhaps more concerning is that, since the cost of aviation fuel has risen rapidly, prominent oil marketers such as MRS, Conoil, Oando, Sahara Energy, and others have ceased stocking the product. There have been suspicions that these corporations are hoarding jet fuel.

In their place, new firms with no industry precedents have sprouted up to offer the product to airlines. These intermediaries have been pushed by the Nigerian National Petroleum Company (NNPC) to hijack the sale of aviation fuel in a potentially disastrous move.

Almost every country’s economy relies heavily on air travel. When aviation is disrupted, every other sector of the economy suffers. Airlines have lost significant income owing to a lack of jet fuel, which has reduced passenger traffic on domestic routes and jeopardized the viability of Nigerian carriers.

Airlines flying into or out of Nigeria have been renowned for flight delays and cancellations in recent weeks. This has also created a great deal of confusion for passengers and operators. Air transportation is increasingly under threat, and immediate action is required.

Read: Nigeria’s race to replace Buhari. Who and what next?

Russia’s invasion of Ukraine essentially caused the shortfall and the ensuing increase in jet fuel costs in February. Fuel prices have risen globally since Russia invaded its western neighbour, prompting the West to impose a slew of sanctions on Moscow — a key supplier of oil and gas.

As a result, an umbrella body of aviation companies said that Nigerian airlines planned to cancel all domestic flights beginning May 9, 2022, due to a fourfold rise in jet fuel costs. AON stated that no airline in the world could sustain such a sudden shock from such a crazy jump in such a short period, adding that a one-hour journey would now cost a client $289, an amount unaffordable for Nigerians who are already struggling.

The aviation ministry urged airlines to “consider the multiplier effect of shutting down operations on Nigerians and international passengers.” The Nigerian consumer protection agency also urged “domestic airlines to evaluate the impact of the proposed shutdown on passengers and the extent of challenges and misery involved with such action.

Due to rising fuel prices, Nigerian airlines responded by postponing plans to stop domestic flights. After receiving “several calls from the highest levels of Buhari’s government pledging rapid involvement,” the AON made its choice. Part of the read statement “… in the interest of the national economy, the AON advises the general public that the previously scheduled stoppage of operations on May 9 has been postponed pending a successful engagement with the government,” it stated.

However, as things stand, the only way for market forces to set the price of aviation fuel and other petroleum products in Nigeria is if the country refines the product locally. The path ahead is complicated. The conflict between Russia and Ukraine  may disrupt the import of refined petroleum products.

The non-availability of most vessels that transport the commodity to Nigeria may raise the price. Furthermore, if the price of crude oil rises, the cost of refined petroleum products is anticipated to rise beyond the means of many Nigerians. As a result, when airlines can no longer afford the cost of aviation fuel, they will be forced to stop their operations once more. That would be disastrous for the country’s economy. The Nigerian federal government must prevent this from happening.