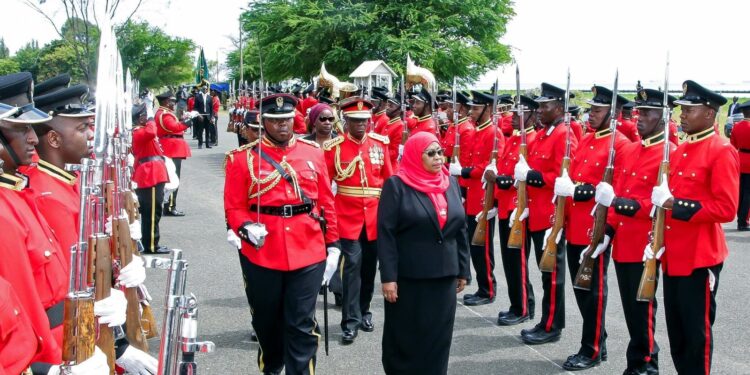 Foreign direct investment is one of the most potent and crucial aspects of Tanzania’s development playbook.

Her Excellency, President Samia Suluhu Hassan, Tanzania’s 6th president, has the same dream as her predecessors did – that of making Tanzania a prosperous African powerhouse.

Tanzania is not new to the ins and outs of development. It has demonstrated to the entire world it is up for a fight towards ascending to the top.

Numbers pivot towards describing how Tanzania has worked hard to stay stable and relevant in the global economy, especially in these uncertain times drilled down by COVID-19 shocks.

According to the central Bank of Tanzania (BoT), money supply and private sector credit growth were maintained well in the second half of 2021/2022, while the exchange rate was stable with an appreciation of one per cent.  BoT argued that the latter was attributed to low inflation, adequate foreign exchange reserves, and robust fiscal policies.

READ: The future of US, Tanzania relations under Samia

At present, Tanzania stands on a 5.2 per cent GDP (3Q 2021).  While still hurt by its national debt surging to more than $37 billion, Tanzania portrays some vital signs to recover and push towards excellence.

Just like any dream, President Samia’s demands a relatively strong strategy to bring it to fruition. The third Five-Year-Development Plan (FYDP) provides her administration leeway to propel crucial sectors and upgrade the economy.

Tanzania is a dream chaser, just like the United States of America with its famous “American Dream” analogy. This East African nation of more than 59 million people wants to achieve self-sustenance and utilize the industrial potential for human development.

“As our country achieves the status of a middle-income economy, the impetus is placed on continuing to build a competitive and industrial economy for human development”, the third FYDP document quotes President Samia as saying.

During her public address to usher in 2022, the President highlighted various critical areas of focus for the year, which indeed fell upon the nation’s efforts to achieve its development aspirations.

Investment is one of the most potent and crucial aspects of Tanzania’s development playbook. Over the past year, the President’s administration has been pulling up its socks to reinforce its investment strategies and re-attract lost investors.  “We have managed to increase the number of projects attracted from 186 sources worth $1.013 billion in 2020 to 237 valuing $4.144 billion in 2021”, the President noted.

Building the country’s economy, increasing efficiency in service delivery, strengthening the fight against COVID-19 and mobilizing Tanzania’s involvement are this year’s priorities, according to information from The Citizen.

President Samia’s administration is pinning its efforts against the backdrop of the FYDP 2021/22-2025/26, in which the government plans to improve individuals’ economic growth and that of the country at large.

“The government is looking at 2022 as a year to counter challenges that reduced Tanzanians’ ability to prosper in their daily lives,” President Samia noted.

It is evident that the President’s administration faces a challenging but essential task—poverty alleviation—that translates towards achieving a healthy individual economy.

It is proven that solid and continued government efforts to improve living conditions result in a sustained increase in access to essential services and improvements in human capital outcomes (Bella Bird, former WB country director for Tanzania, Malawi, Zambia and Zimbabwe).

More than 14 million people were poor in Tanzania by 2019, up from 13 million in 2007. Despite signs of healthy transformation, this dream needs a strong strategy (WB).

“Let us focus on promoting our economy and improving efficiency. Let us continue paying taxes as appropriate and support the country’s development,” President Samia added.

Revenue collection has been the most exciting activity since the last administration by President John Magufuli – who bolted it within the government sectors and core fabric of the society.

Tanzania’s dream relies on the nature and trend of revenue generation, particularly internal collections.  At present, Tanzania Revenue Authority is breaking its own targets and surpassing preset numbers.

According to BoT monthly economic review (January 2022), in December 2021, the government collected $1.09 billion, which is more than the set monthly target. On the other hand, tax revenue performance has maintained an upward trajectory standing at more than $958 million, which is 106.4 per cent of the target and 8.3 per cent from a similar month in 2020.

Tanzania is eyeing other fresh hanging fruit across its economy, including tourism which was highly impacted by the 2020 COVID-19 wave. Hence, the President has a keen interest in the new wave, Omicron.

“Follow the guidance of healthcare experts as I encourage you to receive the jabs. Although vaccines do not prevent people from infections, rather inoculations reduce the severity of the disease once infected,” President Samia said, according to information from The Citizen.

The pandemic did not spare Tanzania from severe economic shocks. The current government is focused on safeguarding its population and economy from the pandemic by rolling in sufficient vaccination services and fiscal policies to shield the economy.

With no lockdown and only a three-month school shutdown and fair public functions ban, Tanzania managed to stay afloat and became among 11 countries whose economy performed better despite the adverse impacts of the pandemic.

“To prevent further impacts, the government took several steps to control inflation that remained within three and five per cent target as well as maintaining $6 billion of foreign reserves – enough to procure goods and services for seven months,” the President said.

With the FYDP III on the table, Tanzania has enough tools in its arsenal to wage war with poverty, increase the standard of living, and fulfil its industrialization dream.