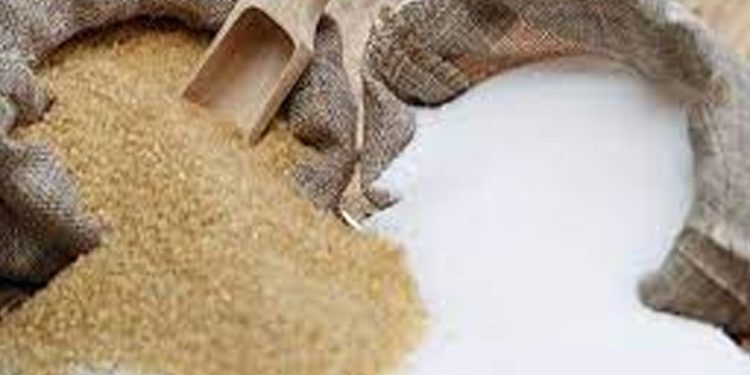 Tanzania will now import sugar and anti-retroviral (ARVs) drugs from Uganda after President Samia Suluhu managed to iron out over three years of trade creases between the two countries.

After the agreement, the two countries released a joint communiqué in which they published the trade agreement details. According to the executive communication, Uganda will now supply up to 10,000 tonnes of sugar to Tanzania every year.

During the ban, Tanzanian officials had argued that the sugar that Uganda was purporting to be homegrown was actually imported from third-party countries.

In turn, Uganda accused Tanzania of double standards at the borders and charging undue fees along with instituting several non-tariff barriers. During the same period, Tanzania (and Kenya) banned milk imports from Uganda and even with this recent development, no word has been issued as to the fate of the ban on Ugandan milk.

What is certain is that the alleged overcharging of Ugandan trucks will now be addressed. The two leaders have agreed to lower truck fees from a high of $500 to a low $10 per 100km from the Mutukula border to Dar es Salaam as of July 1.

The two leaders have also ordered the responsible ministers to remove any outstanding non-tariff barriers with immediate effect.

These are great strides taken by the two leaders with Tanzania’s president Samia leapfrogging the deal in what was her third visit to Uganda since she entered office in March of last year.

According to reports from the Bank of Uganda (BoU), the monthly statistics as of April this year, Uganda exported $12.94 million worth of sugar. This is a considerable increase from $7.89million that was earned the month before (March)

In that month alone, Uganda enjoyed a 39 per cent increase in revenue, the highest in almost four years. It is in September of 2018 that the country boasted a hefty $12.05m in earnings.

According to the BoU data, during the period in question, Uganda exported a total of 23,185 metric tonnes a significant increase from 13,719 tonnes that was exported just a month ago in March.

Commenting on the improved sugar exports, the chairman of the Uganda Sugar Manufacturers Association Mr Jim Kabeho pointed out that the two leaders have made great headway in resuming trade relations and the fruits are obvious.

However, experts note that the agreed 10000 tonnes won’t to much to ease Uganda of its excess sugar.

“Much as there was an increase in the exports, it still insufficient compared to the stockpile,” local media reported.

After Tanzania accused Uganda of re-exporting sugar that it itself had imported, the second-largest economy in the East African Community (EAC) cancelled import ties with Uganda and instead submitted a request through the East African gazette to import sugar from Comesa.

Tanzania was not alone in this decision, Kenya followed suit, and a trade war ensued with the two EAC economic giants boycotting Ugandan exports. They did not stop there, each of the countries is alleged to have also imposed what Uganda is calling ‘undue’ charges on the country’s sugar.

With the boycott, Uganda lost out on the much-needed sugar export deals. Experts estimate that Uganda lost potential exports of sugar between 100,000 and 150,000 tonnes in the said period.

Now, as Tanzania has opened its borders for Ugandan sugar, a delegation from Kenya also visited Uganda sometime in April on a similar mission, to end the trade war. That delegation was not as successful as Tanzania’s president Samia, and only saw what reports are describing as ‘little sugar shipments have been flagged off.’

However, this is expected to change. Following that meeting, it is possible that the Kenya delegation may have struck a much sweeter deal than it was earlier though. While there are no confirmed figures, however, Kenya is expected to import up to 90,000 metric tonnes of Ugandan sugar per year, local media says.

“The 90,000 metric tonnes deal has not been shipped as agreed. But we do get small permits here and there from Kenya,” claimed Ugandan officials.

Kenya is also expected to abolish a 35 per cent excise duty on liquid petroleum gas cylinders manufactured in Uganda, this is also a pending deal until the country resolves its 2022/23 national budget come July.

The Kenyan delegation was also in Uganda at the end of 2021 at which point it was again hoped they would end their trade border differences;“Uganda is supposed to export milk to Kenya but there is a problem that will be resolved soon. We have invited the government of Kenya to send a delegation to inspect Uganda milk factories, to ascertain Uganda’s capacity to produce [exportable] excess,” Ugandan officials reported.

Speaking about the expected outcome of the meeting, Ugandan High Commissioner to Kenya and the Seychelles Hassan Wasswa Galiwango Uganda was protesting a 79 per cent cut on its scheduled sugar exports to Kenya.

It was at the time reported that Kenya’s Sugar Directorate allowed the import of only 18,923 tonnes of sugar from Uganda, instead of the supposed 90,000 tonnes.

It was after this entanglement that the April meeting was held between Kenya’s Trade Cabinet Secretary Betty Maina and her Ugandan counterpart had and at which meet they tentatively agreed to resume the importation of the previous 90,000 tonnes of sugar into Kenya pending a verification mission on the sugar’s country of origin.

It still remains to be seen whether Uganda will finally be allowed to import as much sugar, milk and other products into Tanzania and Kenya or whether the two powerhouses will provide evidence of the accused third party sugar imports by Uganda.