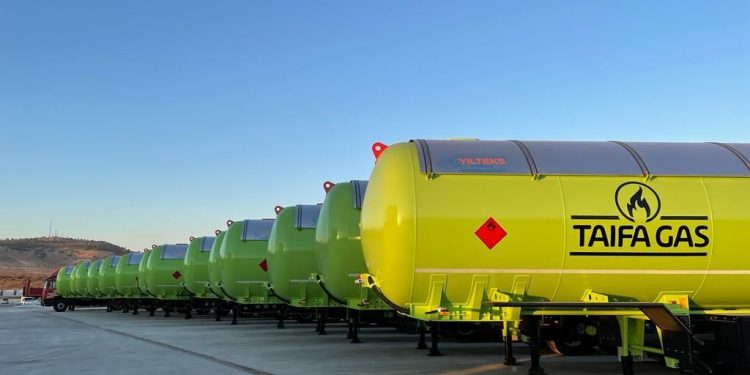 Taifa Gas is one of the biggest LPG dealers in Tanzania: Trucker1.eu

Kenya-Tanzania relations have always turned out to be profitable and troubling at sometimes.

In the same vein, Kenya’s ambition to chase excellence is always on; thus, quite recently, its Liquified Petroleum Gas (LPG) market domination has spurred a trading rift between the two nations. As clean and affordable energy options are favourable, LPG in Kenya is yet another sphere eyed by regional investors.

The decision to block Tanzania’s largest LPG retailer, Taifa Gas, by putting on hold plans of the firm owned by the Tanzania billionaire, who eyed setting up a gas plant and storage facilities at the Mombasa port, speaks volumes about the development of the sector in the region.

Taifa Gas which operates 30 LPG facilities across Tanzania, anticipates establishing a 30,000-tonne Kenya facility at the Special Economic Zone in Dongo Kundu, near the port of Mombasa.

It is, instead, difficult to ignore and separate this attempt from other trade rifts the two nations have been tussling over the past years. Hence, the latter could trigger the same format of retaliation from its counterpart.

The LPG business has become crucial in both nations’ energy development ambitions. In Tanzania, at least $30 billion worth of investment has been marked over the past few months, let alone commitment from oil and gas giants with the ability to transform the sector’s operations and structure.

On the other side, Kenya is tailing Tanzania with its strategic plan to dominate the supply of LPG by constructing the most extensive import and storage gas facility in Mombasa and licensing more private companies to compete with Tanzania (The East African).

From a number’s standpoint, Kenya’s ambition to become self-reliant in LPG supply comes at a significantly higher return as Kenya imports nearly 40 per cent of gas annually from Tanzania’s LPG firms (The East African).

“We did not clear their Environmental and Social Impact Assessment (ESIA) because of certain technical deficiencies. The EIA had some technical deficiencies which we want them to address before we consider their application further,” the Energy and Petroleum Regulatory Authority (Epra) said in response to Business Daily’s questions.

Tanzania, which has a much-developed LPG market across the East African region, has faced another slap a couple of months after Tanzania’s President Samia Suluhu Hassan soften bilateral relations with the nation, including tying the relations with trade agreements.

In June, it was reported that Kenya Pipeline Company (KPC) is expected to construct a 25,000 tonnes storage facility. According to the East African, the announcement came a few days after Kenya banned LPG imports from Tanzania transported via the Namanga border.

Unlike Tanzania, Kenya has not yet discovered natural gas reserves. The competitive economy in the region has proven oil reserves which plan to utilize for the betterment of the nation.

As both nations have tested the benefits of tapping into the extractive industry, Kenya’s deliberate attempt to stand tall and build its way up the LPG market sends a clear signal of how energy ambitions take various turns.

As Tanzania continues to domesticate its natural gas and motivate healthy consumption from households to large enterprises, Kenya’s new LPG ambition stands to lower prices for LPG by 30 per cent. At the same time, Tanzania looks forward to connecting LPG nationwide.

In April, Kenya revived the stalled subsidy scheme for affordable cooking gas, giving the LPG take up a shot in the arm.

According to The East African, under the initial subsidy scheme, the beneficiaries were to pay a discounted price of $18.2 in three years for the burner and cylinder, with refills pegged at $7.64 at the time.

Pricing plays a crucial part in the uptake of LPG across the two markets as Tanzania LPG firms face price challenges that impact sales across the regions.

In that case, the revival of the LPG subsidy would be a significant relief for households pressured by the current high commodity prices.

Further, across Kenya, LPG is the preferred energy source for households that can afford it in significant towns due to its convenience and because it is cleaner than other cooking fuels (The East African).

When President Samia and Kenya’s President Uhuru Kenyatta agreed on bilateral trade deals, this rift was far beyond the benefits set on the table.

As two tycoons, Aziz and Mohamed Jaffer, Mombasa-based tycoons strive to control the lucrative business, which is still under Jaffer’s control.

According to The Citizen, the Tanzania billionaire’s ambitions to establish a presence in Kenya’s retail cooking gas business looked set to trigger another market fight with oil dealers such as Vivo, Rubis and Total for control of the 2.87 million households (23.9 per cent of Kenyan households) that use liquefied petroleum gas (LPG) for cooking.

The Tanzanian billionaire has become a phenomenon business mind which facilitated Vodacom South Africa’s entry into Tanzania, and the untapped Kenyan LPG business potential is another field he wanted a piece.

Private companies have been angling to benefit from the growing use of cooking gas in Kenya in the absence of investments by the government via import and storage facilities.