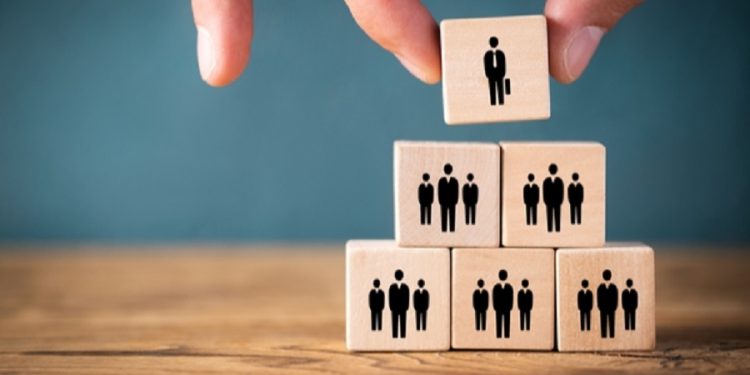 Top four corporate changes in Kenya so far in 2022

It is not uncommon for companies to experience frequent CEO changes.

Why does this happen? Is it governance? Is it the CEO? Is it the CEO’s relationship with the Board of Directors? Or is it something else?

High CEO turnover may boil down to an individual problem, but before pointing too many fingers, organizations may want to turn inward and seek any possible problems occurring in the history of the role as well.

Paul Russo took over from Joshua Ogara at KCB group

The new CEO was seconded to the subsidiary after its acquisition by KCB in 2019 and has worked within the KCB Group since 2014. Before that he worked in senior HR roles at Barclays, PwC, K-Rep Bank Limited and EABL subsidiary Kenya Breweries Ltd.

“During his tenure at NBK, he has executed a significant turnaround, moving the previously loss-making business into profitability and on a trajectory for stronger growth into the future,” KCB Group Chairman Andrew Wambari Kairu said in a statement.

Russo took over from Joshua Oigara. In March, the board extended Oigara’s term at the helm of the regional lender by a year to allow for what the bank called a “competitively run selection process”.

Oigara was appointed as the bank’s CEO in 2013, taking over from Martin Oduor-Otieno. Oigara had been headhunted from Bamburi Cement a few years before, in preparation for the succession process.

KCB has been on an aggressive expansion drive in his nine years at the bank and has grown significantly.

Safaricom appointed John Ngumi as a director and its chairman, taking over from Michael Joseph. Mr Ngumi took over at a time when there are increased calls for Safaricom to split its telecommunications and mobile money business.

Mr Joseph said he was stepping down as chair to focus more on Safaricom’s operations in Ethiopia as well on the revival of Kenya Airways (KQ) where he is the board chair.

He will, however, continue serving as a board member of Safaricom.

“Mr Ngumi has also been appointed as the chair of the board with effect from August 1, 2022,” said Safaricom in a statement. “Mr Ngumi is one of Kenya’s most celebrated bankers… he is a seasoned director having drawn his experience in both private companies and State-owned enterprises.”

He boasts 35 years of experience in banking and has worked with both local and international firms, helping them raise capital for their projects across different markets.

Mr Ngumi has in the recent past taken an active role in State-owned entities and is currently the chair of the Industrial and Commercial Development Corporation (ICDC) which is the lead agency overseeing operations of the Kenya Transport and Logistics Network (KTLN), which coordinates the country’s port, rail and pipeline operations.

He is also a director at Kenya Airways and has previously chaired the Kenya Pipeline Company (KPC) board. Last year, he chaired the Presidential Task Force that recommended a 30 per cent reduction in the cost of electricity.

After nearly a decade at the helm of Absa Bank, CEO and Managing Director Jeremy Awori left the financial institution in October. Awori is taking up a new role as CEO of pan-African lender Ecoboank Group as he replaces CEO Ade Ayeyemi who went into retirement.

Awori’s career in the banking sector spans more than 25 years. He joined Absa bank in 2013 when it was still trading as Barclays Bank Kenya.

One of the most significant milestones under Awori’s leadership was the rebranding from Barclays Bank to Absa. The branding which led the company to change its colours and identity came after Barclays PLC reduced its stake in Absa Group from a majority of 62.3 per cent to a minority of 14.9 per cent in 2017,

But the rebranding process was just one of Awori’s trophies. Under his leadership, Absa invested heavily in technology, making strategic partnerships with players in the ecosystem.

Another strategic move by Absa under Awori’s leadership was a partnership with remittance company Visa to launch cross-border remittance services under the Absa Visa Send Money platform.

The 51-year-old banker leaves the institution after steering it into heavy adoption of technology, making it highly competitive in the modern banking sector.

As he takes up his new role at the Togo- headquartered lender, Mr. Awori said he is looking forward to “consolidating the transformation of Ecobank while innovating to create value for all Ecobank’s stakeholders.”

The CEO of Kenya Electricity Generating Company (KenGen), Rebecca Miano, will be the face of technocrats in President William Ruto’s unveiled first Cabinet. She was appointed as the Cabinet Secretary in the Ministry of East African Community (EAC), Arid and Semi-Arid Lands (ASALs) and Regional Development.

Ms Miano has an experience of close to three decades in the energy sector, with a wide range of specialities in renewable energy, modelling of the international regulatory framework in sustainable development and climate change, policy development, corporate governance, and business law as well.

Miano won the Company Secretary of the Year Award in the Champions of Governance Awards Series in 2010. In the same year, she was also awarded the Order of the Grand Warrior of Kenya (OGW).

Rebecca Miano was awarded the Moran of the Order of the Burning Spear (MBS) in 2019, a recognition she received for her outstanding work for the nation.

In addition to chairing Stima Sacco’s board, she has also served on the Finance Committee of the National Council of Churches of Kenya (NCCK).