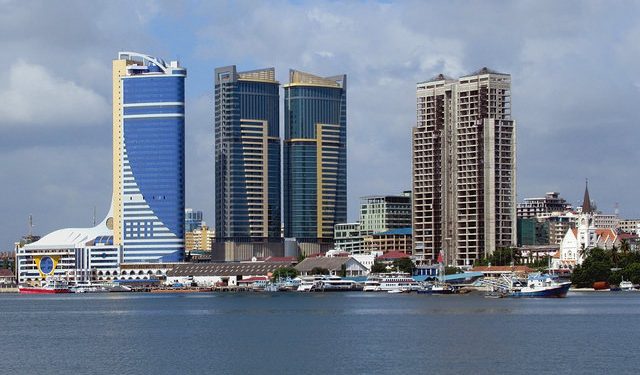 Tanzania is one of the fastest growing economy in Africa: Photo by AAU Blog

Over the past year, under President Samia Suluhu Hassan, the current administration has prioritized developing its economic diplomacy.

American investors are about to transform Tanzania’s investment landscape with 19 US companies exploring various opportunities with a total market capitalization of over US$1.6 trillion.

The United States of America (USA) investors are now seeding their roots in Tanzania, one of Africa’s fastest-growing economies. The superpower is not only becoming an investor in Tanzania but also a reliable development partner.

Over the past year, under President Samia Suluhu Hassan, the current administration has prioritized developing its economic diplomacy. The current path created by the US is a clear-cut demonstration of how the superpower economy plans to partner with Tanzania. On the 13, the US Embassy and the US Commercial Service announced the participants in a Two-Day Fact-Finding Mission to mainland Tanzania and Zanzibar.

The mission will take two days, from September 27 to 28, in Dar es Salaam and Zanzibar City. It will feature 19 US firms with rather potential operations and investments totalling more than US$1.9 trillion (US Embassy in Dar es Salaam).

This opportunity comes a few weeks after President Samia visited the US. and opened a window of investment opportunities amounting to nearly US$1 billion.It is vital to consider the history of Tanzania and America, especially from an economic front.

READ:US investments in Egypt reach US$21.8bn over the past 12 months

Tanzania and US go a long way back in history within the realms of the economy. In 2008 the US signed Trade and Investment Framework Agreements (TIFA) with the East Africa Community (EAC) 2008 and with the Common Market for Eastern and Southern Africa (COMESA) in 2001.

The relationship did not only end there. The two countries have exchanged values over the past years. In 2019, Tanzania was the US. 121 largest goods trading partner with US$462 million total (two-way). The exported goods amounted to US$33 million, while imports stood at US$130 million (United States Trade Representative).

Further on that line, Tanzania stands strong within the East African landscape as one of the competitive investment hubs. In 2021, Tanzania was the leading figure in attracting US investments.

The latter was substantiated during the signing of a Memorandum of Understanding (MoU) between the East African Business Council (EABC) and the Africa Global Chamber of Commerce (AGCC) to lure more investments from the US (The Citizen).

Tanzania has managed to secure the US. as a development partner and as a viable investment in potential sectors such as mining and agriculture. President Samia has worked to give the investment landscape 180 shifts, particularly enhancing the domestic and international confidence in Tanzania’s business climate.

Over the past years, agricultural produce, minerals and textiles have covered most of the goods exported to the US. However, there are other avenues of potential investment in Tanzania, especially in oil and gas, real estate, manufacturing and telecommunications.

Read: Foreign investment, plus or minus to Tanzania fishing sector?

US investment in Tanzania

Tanzania strives to return to the old glory days, such as in 2012, when foreign direct investment (FDI) stood at more than US$1.1 billion. The Tanzanian government and the US. have begun to pave the road back to the latter.

Astra Energy Inc, which invests in and develops renewable and clean energy projects, announced in March 2022 that it had engaged the government of Tanzania in discussions to construct a significantly sized, combined cycle power plant using natural gas as feedstock (Tanzania Invest).

The current interest waged by the 19 US firms stands to change the investment landscape in Tanzania and across East Africa. The American Chamber of Commerce “Our members are excited about the business potential and new opportunities opening up in Mainland Tanzania and Zanzibar in agribusiness, energy, healthcare, infrastructure, ICT, manufacturing and other industry sectors,” according to Maxwell Okello, CEO of AmCham Kenya.

Further, the CEO argued that the mission members seek to understand better the market and how they can participate in these opportunities. This mission provides an excellent avenue to gather insights and engage directly with relevant government and private sector stakeholders.

“It’s also a great opportunity for both countries to explore ways to deepen their commercial ties and engagement, which supports the achievement of economic goals driving wealth and job creation,” says the Amcham Kenya CEO.