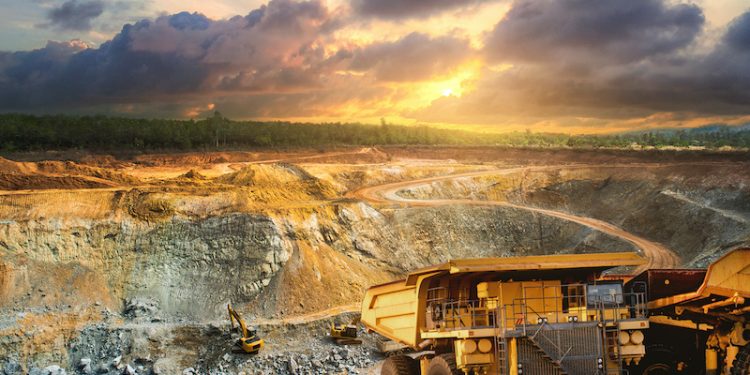 Lessons for African countries. The country consistently scores records of mining investment and is a leading exporter of a growing basket of metals and commodities.

Australia has managed to carve out a sweet spot for its economy out of its mining sector.

The continental island nation is a top mining destination. The mining industry is acknowledged by that country’s government to be a critical component of that economy and enjoys strong support.

The title of top mining destination emanates from the amount of exploration spending that mining entrepreneurs are willing to spend and have spent in that jurisdiction.

Mineral exploration expenditure in that country has consistently been on the rise every year since June 2016 to date. The only time that exploration spending decreased in Australia was in the two years from June 2014 to 2016. This was justifiable because that period coincided with softening commodity prices, which reduced the viability somewhat of prospecting for minerals.

More mineral exploration is desirable as opposed to less. Prospecting sustains the mining industry because it indicates that more mines will be built in the future, and hence there will be more in terms of mineral production. So central is the mining industry to Australia’s economic health that it contributes no less than 35% of export receipts of that country.

This has been aided by its strategic location in China, enabling it to take full advantage of the Chinese economic miracle. As China has grown and continues to grow, so has the Asian country’s need for industrial minerals, which Australia has happily supplied. Australia has contributed immensely contributed to the creation of the Chinese economic engine.

This is the first lesson for Africa’s countries that rely on the mining sector for their livelihood. They need to have strategic partnerships with growing economies. High-growth economies like China provide a steady source of demand for natural resources that African countries have in abundance. Recently Australia has lost this strategic trade advantage with China over a dispute. Consequently, China has been looking to other countries to supply it with the resources it needs to build and grow its economy. The second lesson from Australia for mining nations in Africa is closely related to the concept of comparative advantage.

The changing face of the global mining industry, according to PWC

African countries with vast mineral resources will need to develop a niche commodity they are known for. For South Africa and Zimbabwe, gold comes easily to mind. The niche mineral commodity a country can be known for need not be static or set in stone, as it were. Commodities can vary according to mineral exploration and development in that country. The most desirable state of being in is what Australia is currently. It is a large exporter of a basket or portfolio of commodities.

For example, South Africa’s Johannesburg-Pretoria metropolitan area, a regional economic and financial hub, developed because of the local gold supply in the late 1800s. The same analogy can be applied to Zimbabwe, Botswana, and other countries in southern Africa. Their study found that the mining industry had a net positive benefit in all seven countries covered by the analysis.

Interestingly to note, their study also showed that countries that have appropriated a higher net benefit from the mining industry have tended to have investment climates that encourage further investment. This study by the World Bank, though conducted in 2019, concurs with the UNCTAD World Investment Report data for 2022.

This is specifically in the case of South Africa, which has enjoyed the most benefit from the mining sector in the southern region. This benefit translated into further foreign direct investment flows of more than US$ 40 billion in 2021 alone, up from US$ 3 billion in 2020.

Regardless of the poor showing in FDI terms, the country has recorded a 33% rise in export earnings driven primarily by the mining industry to US$ 5.45 billion. This is to show that the mining sector is central to southern Africa’s economic development. The Minerals Council of South Africa, in its Facts and Figures 2021 document, emphasizes the economic importance of the mining sector. Consider the snapshot below:

Naturally, one would be tempted to believe that the respective mining industries of countries that make up southern Africa are booming. Granted, they are enjoying the benefit of rising commodity prices but to say the industries are booming would be misleading.

South Africa, for its part, through the department of mineral resources, set an ambitious target which is to attract mineral exploration spending of at least US$400 million by 2025. This target has been widely criticized by industry players for being unrealistic. South Africa is fast losing its pull as a mining destination due to unsustainable mining and labour laws and a generally hostile environment to mining.

Suffice it to say that what the government aims to achieve in three years with exploration spending is just over half of Australia’s mineral exploration records in a year. In conclusion, the lessons for southern African countries looking to become top mining destinations for investment and exploration like Australia are firstly to have strategic trade partnerships with countries experiencing rapid growth and need basic resources to build their economies.

The second lesson is to develop niche mining activities and commodities that they are known for. They should focus on their comparative advantages, like Australia, a world leader in coal, iron ore, lead, and gold.

Lastly, southern African countries should spare no effort in making their environments friendly to foreign direct investment in the mining industry.