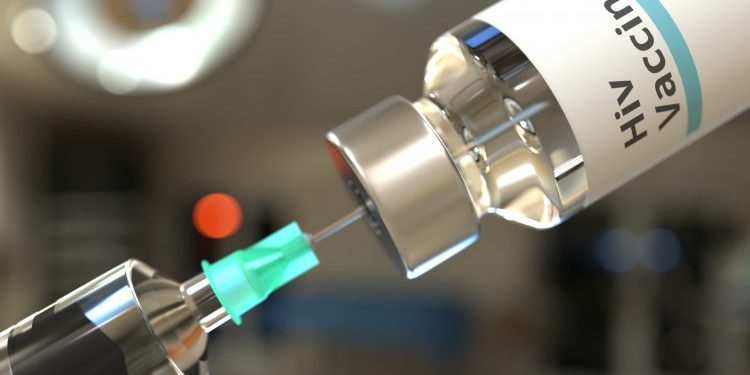 The vaccine is being developed to act as an immune primer, to trigger the activation of naïve B cells via a process called germline-targeting, as the first stage in a multi-step vaccine regimen to elicit the production of many different types of broadly neutralizing antibodies (bnAbs). (Photo/ European Pharmaceutical Review)

Covid-19 has shown us the weaknesses in the global health system and the risks associated with vaccine insecurity in Africa. It is no longer sufficient for African governments to rely on rich countries and western capital to shoulder the cost of vaccine development.

According to an article by the Aspen Institute published on June 28, 2021, Africa’s relative exclusion from global clinical vaccine trials is not new, but Covid-19 has brought it into sharp focus.

Urgent investments are needed in Africa’s capacity to design, manufacture and develop vaccines. A key piece of this capacity, which must be at the centre of these investments, is Africa’s ability to conduct vaccine clinical trials in the region.

In the quest to provide appropriate vaccines to its people, in July 2020, the African Union (AU) launched a new consortium to bring together global vaccine developers, funders, and African organizations that conduct clinical trials although it was for the Covid-19 vaccines.

According to an article published by Contagion Live on May 18, 2022, the phase 1 vaccine trial will take place at the Center for Family Health Research (CFHR) in Kigali, Rwanda, and The Aurum Institute in Tembisa, South Africa.

Etienne Karita, MD, MSc, MSPH, the director of CFHR said it is the first time an mRNA-delivered HIV immunogen is evaluated in Africa with African scientists and researchers at the helm. She added that this will build their longstanding partnerships with USAID and IAVI.

“This is a first-of-its-kind collaboration to advance emerging science and a new generation of African scientists who are taking HIV vaccine development into the future,” she said.

The primary trial endpoints are safety and immunogenicity. The IAVI-sponsored clinical trial, IAVI G003, will test the safety and efficacy of vaccination with the HIV immunogen eOD-GT8 60mer, delivered via Moderna’s mRNA platform. eOD-GT8 60mer was developed by IAVI and Scripps Research teams and was initially tested in phase 1 clinical trial IAVI G001.

According to Contagion Live, IAVI G003 is expected to enroll 18 healthy, HIV-negative adults. The participants will receive 2 doses of eOD-GT8 60mer mRNA, which contains a portion of the viral sequence but cannot cause HIV infection. They will be monitored for safety for 6 months after their second dose, and their immune responses will be examined in molecular detail to evaluate whether the target was achieved.

Meanwhile, recent findings from IAVI G001 showed that vaccination with eOD-GT8 60mer as a recombinant protein safely and effectively induced the desired immune responses in 97% of healthy US adult trial participants. IAVI G003 will test the hypothesis that vaccination with eOD-GT8 60mer can induce a similar immune response in African trial participants.

In a related article by The Lancet published on September 4, 2020, African Academy of Sciences (AAS) senior advisor, Kevin Marsh told the Lancet Respiratory Medicine that Africa was a passive recipient of vaccines.

“Historically Africa has too often been a passive recipient of vaccines developed and tested elsewhere. African researchers and policymakers want to play a leading role in the international effort to develop vaccines, and it is essential that potential vaccines be trialled in the populations in which they are intended to be used,” he said.

Coordinator for Immunization and Vaccine Development at the WHO Africa Regional Office, Dr. Richard Mihigo, agreed that clinical trials in Africa would benefit the continent. “Testing vaccines on the continent ensures that sufficient data are generated on the safety and efficacy of the most promising vaccine candidates for the African population so they can be confidently rolled out in Africa once approved,” he said.

“The Ebola vaccine, which was also tested in Africa, has helped to end the Democratic Republic of the Congo’s largest Ebola outbreak,” he added.

According to The Lancet, there is a critical need for competency to conduct clinical trials in sub-Saharan Africa because the biological, economic, and sociopolitical factors associated with the emergence of diseases, epidemics, and pandemics are over-represented in many countries of the region.

Mihigo added that there is a possibility for some flaws in implementation. But, there is no reason to expect that trials taking place anywhere in Africa would be less ethical or less effective than in any other part of the world.

“There is no difference in the rigor accounting for ethical issues in vaccine trials in Africa compared with other continents,” he said.

However, despite being available worldwide, not all adults have access to antiretroviral drugs. As of 2018, Europe and North America had the highest rates of antiretroviral use among people living with HIV.