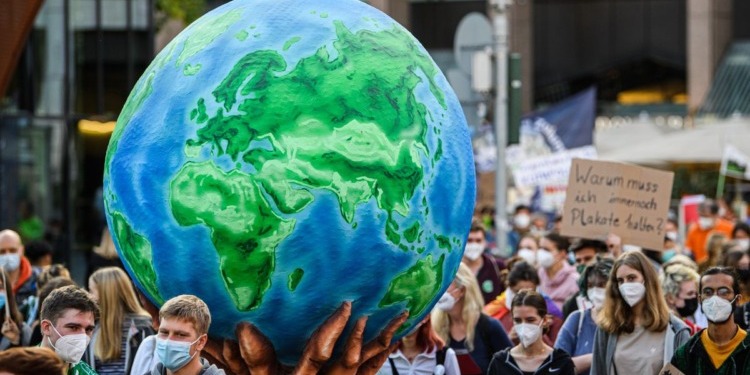 COP26 is going on in Glasgow, Scotland in United Kingdom(Photo/CNET)

The 26th Conference of Parties (COP26) has demonstrated to the world action towards climate change is possible.

As heads of state converge and pledge crucial issues including, the US and European Union announced a global methane pledge, cutting emissions of greenhouse gas by at least 30 per cent by 2030.

The conference, which is attended by countries that signed the United Nations Framework Convention on Climate Change (UNFCCC), has been drawing international attention as climate change impacts the global economy, especially developing economies across the world.

In that context, Africa as a region is desperately in need of climate adaptation funds to combat the adverse impacts of climate change sucking the life out of livelihoods.

Africa Development Bank (AfDB) one of the most vibrant funders towards African development has dedicated its energy and resources towards climate change, while the 16 Southern African Development Community (SADC) states have recorded 36 per cent of all weather-related disasters in Africa in the past 40 years, causing more than US$14 billion in damage.

As the world battles different economic challenges, climate change is posing a threat not only to economic systems but the ecological structures across the globe.

Despite the COP26 global microphones picking up Tanzania’s head of state urge to global leaders and climate change activists, still, China, the world’s largest emitter of methane, India, and Russia were not part of that particular historic pledge.

What has happened so far

Africa, which accounts for less than 4 per cent of the greenhouse gas emission and is anticipated to lose 3 per cent of its GDP from climate change by 2050, brought an interesting agenda to the table.

According to information from The Guardian, African countries are preparing to spend at least US$6bn a year from their tax revenues on adapting to the effects of the climate crisis and are calling on the rich world to provide US$2.5bn a year for the next five years to enable them to meet their goals.

Read: COP 26 and beyond: Africa should be the main agenda

Forests which an economic and environmental lifeline to most countries ARE supporting more than 45 million direct and indirect jobs globally and have a total contribution of more than US$1.3 trillion to the world economy, on top of that, the global timber industry employs at least 13.2 people and is worth US$600 billion a year (Dalberg).

“More than 100 world leaders pledged to end deforestation by 2030 on November 2nd. Tree-laden countries signing up included Brazil, Canada and Russia. Some 85 per cent of the world’s forests will be covered by the agreement. In return countries will receive US$19bn-worth of funding (from both public and private sources)”

Further, the U.S says US$100 billion a year in climate aid for developing nations is within reach, while the U.S president noted that, the methane agreement is a “game-changing commitment.”

Also, the United Kingdom has pledged that “wealthy countries would deliver on their promise to provide US$100 billion a year to finance climate-related projects in the developing world, after failing to meet the initial 2020 target.”

As the COP26 progresses towards November 12, 2021, there is plenty of room for the world’s biggest polluters to stand up and give their fair share of pledges towards saving the global environment.