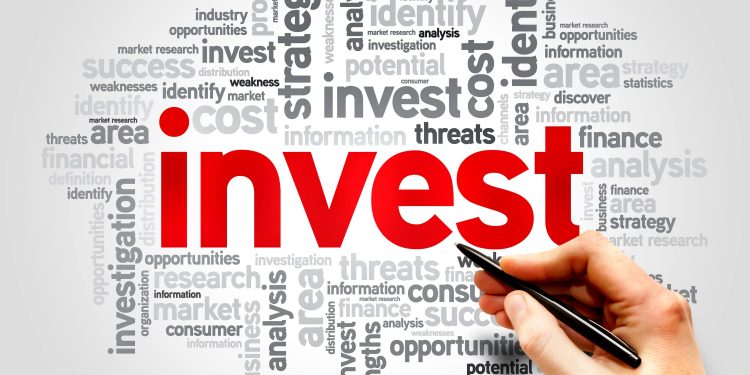 Investing in litigation financing - The Exchange

Funding by Founders – the secret sauce for start-up success?

My investment record in tech businesses speaks for itself – played several, one looking positive, all the rest failed. A “Won None” record to date!!

One of Africa’s biggest challenges is finding employment for the youngest continental population on earth. As we all know the devil makes work for idle hands and with the unemployed and under-employed youth of Africa making up more than 25% of the population, there are many idle hands. This stresses parents, politicians, policemen and philanthropists and as birth rates grow and life expectancy lengthens we don´t seem to have very many good answers to this problem.

Yet a meaningful percentage of Africa’s young population is better educated than it has ever been and has a much better understanding of the global economy, trends, opportunities and technology than at any point in history. This small but significant percentage has been educated to degree level, is hungry for opportunity, fiercely ambitious and does not expect a handout from a Western benefactor or an indulgent parent.

Instead, they want capital on commercial terms to make the businesses they have conceived a reality – and so creating tax dollars for their nation, wealth for themselves and employment for their peers.  However, the barriers that they face in accessing capital are also age-related. Their businesses are very young and so they are seeking seed capital which is the most difficult to source. And the people that they are approaching for that capital are generally old like me! I am fifty-two years old and I have been investing in businesses for more than 25 years. However, my expertise is in more traditional businesses such as farming, manufacturing, financial services, distribution, agro-processing, telecommunications and retail. The uncomfortable truth is that in most cases the political power and investment funds are controlled by people like me and we just don’t have a good enough understanding of a digital and virtual world to be able to advise or invest successfully. My investment record in tech businesses speaks for itself – played several, one looking positive, all the rest failed. A “Won None” record to date!!

Traditionally venture capitalists want to be lending between $2m and $10m to a business that is fairly well-established – what we would refer to as Series A/B investment. That is a number way higher than the average African tech start-up can deploy. Often the venture capitalists don’t have very much relevant experience and it is purely a financial transaction. Most young entrepreneurial businesses long for both a route to seed-stage capital and meaningful support infrastructure to help them achieve their potential.

The truth is that men and women who have founded and successfully exited tech/digital/disruptive businesses are absolutely the best people to help the next wave of businesses to replicate their success. And it is also true that founders with capital are starting to replace early-stage venture capital as we know it.

The proven founders also have reputations which means that deal flow comes to them – they do not have to look for it. Unlike me who has to look through endless Investment Memoranda to try and find diamonds in the rough, the developers of the most exciting ideas and businesses are going to these founders to share their ideas.

Investment Owl has recently been in discussions with a fund that was formed by fifteen founders who have all exited tech and digital businesses in the last five years. They came together three years ago and all put their own money into a fund that would mentor and financially support people like them in industries like theirs. More than half these founders are based in or hail from Africa, half are female, and most are under the age of 30.

Over three years they have supported 65 new companies.  The average initial investment was around $25,000 and they live and breathe the successes, fears, failures, hopes and dreams of the businesses that they back. Their commitment is exceptional because the memory of their own journeys is so fresh.

The results are as compelling as the people involved. Only three of the 65 businesses they have backed have failed – a visibly low number for start-ups in any area. The big VC and private equity companies like Softbank and Sequoia have since invested more than $500m into businesses backed by them. In just three years they have backed two unicorns (a business now valued at over $1bn and seen two businesses acquired). When investing in this kind of fund you expect a 7-10 year investment horizon and yet after just three and a half years this ‘Founders Fund’ is already showing a return on investment of 4.77 times the sum invested. That is an IRR of more than 85%. Clearly you would expect these numbers to get dramatically better as the businesses establish themselves and become profitable.

Regardless of age, experience and background we all recognise that working with great people who have relevant experience exponentially increases the chances of success. When I look at other funds specialising in this space even the very best of them do not get close to the numbers or pique my curiosity like this group because they do not have the recent history of doing it themselves. There is little doubt that the secret sauce for the Fund and the companies they back is the Founder experience and network.

This particular group is launching a second fund and I will definitely be investing in it personally – and offering our clients the chance to do so. I would expect to make at least a  ten times multiple over a seven-year period which will be great – but the most exciting part of this type of investment is watching businesses that you have helped to fund, and young entrepreneurs you have helped to mentor, achieve their potential and exceed their expectations.

From the perspective of technology, disruption and investing I do not think that there has ever been a more exciting time to be alive.

Jon Pedley is Chief Operating Officer, Investment Owl.
For more information on this or anything financial contact [email protected]

Is Democracy Actually Working in Africa?