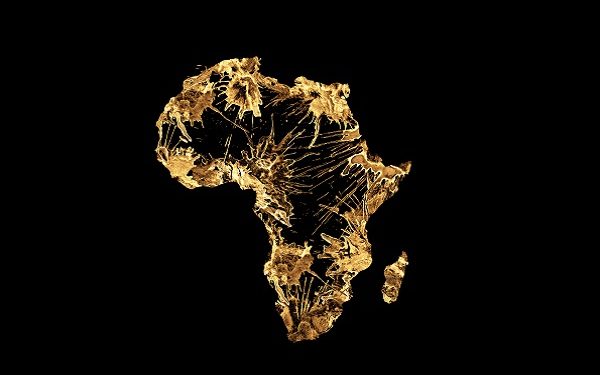 Investment in Africa No longer the dark continent

Investment in Africa has been especially rewarding for companies who get the strategy right as in the case of Impala Platinum Holdings a company that is making money angels fear to tread. Those companies that do not get it right leave the continent with a bloodied nose.

Investment in Africa has become ubiquitous.

The United Nations-sponsored publication African Renewal shares the generally held view that Africa’s time in terms of investment is now. Investment in Africa is indeed sound and should be an integral part of every multinational company’s expansion and growth strategy.

A word of advice is in order, however, to all executives mulling a decision to set up operations and investment in Africa. The continent for all its economic promise requires a circumspect and carefully calculated approach for all stakeholders considering an investment in Africa.

The mistake many multinational corporations make when it comes to investment in Africa is that they mistakenly take the approach that Africa is one homogenous market. This view assumes that if a strategy in one part of Africa is successful then it can be expected to work with the same degree of success in every part of Africa.

This is a fatal mistake. It is the reason why some companies as will be demonstrated later make plenty of money in the continent while others leave its shores to go and lick their wounds. The sheer size of Africa’s land mass and its substantial population demographics are its unique selling point in terms of investment. According to research Africa is home to the youngest population in the world and soon will be home to the most people in the world. There are already at least one billion people in Africa presently. Economics is a game of numbers and where there are large numbers of people there is also a large market for goods and services. The larger the population the more appealing a market is for big business and investment. Africa has the large numbers as a collective. However, it is not a homogenous market.

The continent consists of 54 different nations with various populations of people with different languages and dialects. This is where it becomes important for a potential investor to be more calculating in determining where and how to invest and to do business on the continent. The different countries that make up the continent have different legal systems, varying levels of social and economic stability together with varying levels of economic development. Infrastructure on the continent is also varied. Some countries like South Africa and Nigeria have advanced public infrastructure whereas others like Zimbabwe have dilapidated infrastructure and still others like the Democratic Republic of the Congo need infrastructure development in other general parts of the country.

The continent is emerging as the final frontier of investment

When these general aspects are considered it becomes obvious that a universal strategy for doing business in Africa is myopic at best and ill-advised at worst.

Despite this apparent deterrent, the case for investment in Africa is compelling and too good an opportunity to pass up for even the most risk-averse of investors. The global investment community is waking up to this reality and is showing their vote of confidence in Africa with their wallets, literally. A study by UNCTAD showed that between the years 2006 and 2011, Africa had on average the highest returns on foreign direct investment. Africa returned at least 11.4% on FDI compared to 9.1% achieved by Asia and 8.9% in the Caribbean and Latin America. All these named regions performed better than the then global FDI return average of 7.1%

Other benefits which underscore Africa’s economic potential both presently and in the future are its youthful population which some circles have predicted to be around 4.39 billion by 2100. Its youthful population will not only constitute a massive market for consumer goods but also a vibrant source of labour for labour-intensive industries.

Impala Platinum Holdings, the company that goes where angels fear to tread

One company that successfully navigated the treacherous investment landscape of Africa and is reaping rich dividends is Impala Platinum Holdings of South Africa or Implats for short. According to the company’s chief executive Nico Muller,

The platinum mining company’s boss made these remarks at a PGM industry conference held in Johannesburg. He went on to add that he was personally happy that the jurisdiction is seen as risky by other competitors and that their disposition affords his company the opportunity to expand its operations in the jurisdiction.

This is a different tune from the executive of a multinational mining company that has 2 operations in Zimbabwe. Typically, most global multinationals and foreign capital in general view Zimbabwe as a pariah in terms of investment. Not Nico Muller. He was happy with the support the government of Zimbabwe had given to his company’s mining activities in the country.

To be fair, Zimbabwe is not the easiest place to do business. There are serious macroeconomic problems in the country characterized by rising inflation, a rapidly depreciating local currency, and high unemployment. This together with issues of the rule of law, respect for property rights, and the failure to allow companies to repatriate profits has made the country as if it were an investment landmine. This has clearly not been the case for Implats.

They have managed to pay dividends without a hiccup according to their chief executive. Zimbabwe Platinum Mines or Zimplats is Impala Platinum’s best-performing subsidiary it is located perhaps ironically in one of the toughest places to do business. This example illustrates some of the difficulties of investing in Africa. Implats is reaping richly from its investment in Zimbabwe.

It is possible to do very well from an investment in Africa as the case of Impala Platinum shows. It is also possible for things to go wrong. Standard Chartered recently announced that it would be exiting 5 markets in Africa. According to an article published by Reuters, the British bank would be fully exiting 7 markets in the Middle East and Africa. Reuters called Standard Chartered’s interests that were being disposed of as “minnows” or something so small it is virtually insignificant.

One of the countries that the giant banking firm is exiting ironically is Zimbabwe. The very same country that the giant platinum mining company cannot invest in fast enough to grow its operations. Its departure from Zimbabwe especially has been received with an outcry because of an information deficit. There are questions as to how the bank will exit the country it has been doing business in for over 130 years. The bank will most likely sell its operations to another investor.

US - Nigeria Trade Relations: An Overview