by Caroline Muriuki
in Investing
0 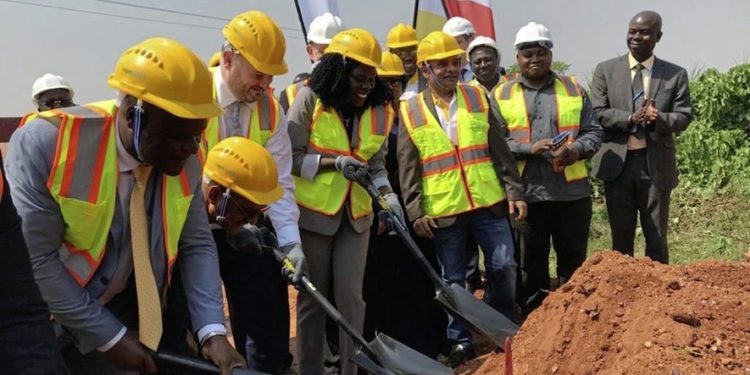 The announcement was made at the UK-Africa Investment Summit in London, which is being hosted by the UK government.

Ugandan President Museveni and other African leaders from 20 other countries attended the summit, hosted by Prime Minister Boris Johnson.

The UK Government confirmed it would loan £185 million to Uganda to help build $246 million of infrastructure for the 2,200 acre Industrial Business Park, located on the outskirts of Kampala.

The construction work, which began two weeks ago, is expected to last around 42 months.

The Department for International Development in London claimed the Kampala project, could eventually create up to 200,000 jobs in Uganda. It also said with staff, materials and equipment being sourced in Northern Ireland it will boost the construction sector in the country.

Lagan Group chairman Kevin Lagan said: “Following the successful sale of our building materials business to Breedon plc in 2018, we have targeted a range of exciting new projects which support economic growth and infrastructural development nationally and internationally.

“We have a strong track record working in Africa and the upgrade of Kampala Industrial Business Park strengthens our footprint in the region and supports the regeneration of a very important area of Uganda.

He added that the UK-Africa Investment Summit reflects the governments’ commitment to strengthen economic ties between the United Kingdom and Africa. He also said that the project will economies for both countries.

In 2018, Legan group set up a joint venture with Ugandan contractor DOTT Services, which came just months after Breedon plc bought the Belfast business for £455 million in April 2018.