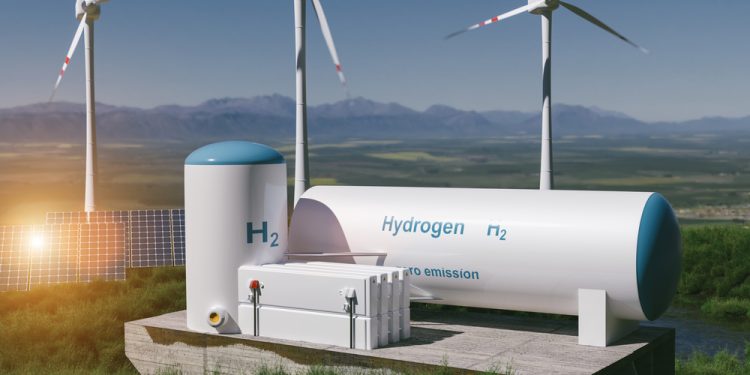 The countries formally launched the Alliance at the first-ever Green Hydrogen Global Assembly in Barcelona, Spain, with the support of the UN Climate Change High-Level Champions, the Green Hydrogen Organisation (GH2), the African Development Bank (AfDB) and the UN Economic Commission for Africa.

Following initial discussions at COP26 that were held in Glasgow, Scotland, United Kingdom and the official launch this week, the Alliance is now inviting more countries to join in this effort, responding to the opportunities presented by lower-cost renewables, fast-developing electrolyser technology, and signals in some significant markets that green hydrogen demand is likely to emerge at scale this decade.

Green hydrogen is produced by splitting hydrogen from water using renewable electricity. It has the potential to decarbonize important industrial and manufacturing sectors such as chemicals, steel, fertilizers and automobiles.

Many African countries can produce green hydrogen precisely because of natural and readily available solar and wind energy potential. Another advantage that Africa possesses is the availability of large tracks of non-arable land. Green hydrogen could provide Africans with new access to cleaner energy sources, employment opportunities, public health benefits due to cleaner air, GDP creation and export revenues outside Africa.

Informing the Alliance, the six countries intend to collaborate on creating a sustainable and enabling environment to facilitate the development of green hydrogen.

They intend to develop a public and regulatory policy governing green hydrogen production, capacity building, financing and certification for the domestic use and exportation of green hydrogen.

By 2030, South Africa targets to deploy 10 GW of electrolysis capacity in the Northern Cape and approximately 500 kilotons of hydrogen per year. South Africa is forecast to create over 20,000 jobs per year and 30,000 employment opportunities by 2040.

The future of green hydrogen in Namibia

Namibia has a plan to install a US$9.4 billion green hydrogen project that will create 15,000 job opportunities during the construction and 3,000 permanent positions that will be 90 per cent of Namibian citizens.

Egypt, Kenya, Mauritania and Morocco are still in the study phase and might potentially launch their green hydrogen projects by this year.

Governance will also be crucial, with transparency and accountability–devoid of corruption–central to ensuring the green hydrogen sector avoids the pitfalls that have plagued the fossil fuels industries on the continent for the longest time.

Nigel Topping, a UN climate change champion, said that Africa has a better chance to become a frontrunner in the burgeoning green hydrogen industry with its vast renewable energy resources and land space. He added that the continent could create zero-emission jobs, domestic energy supplies and export revenues fit for a decarbonized future.

“To get there, we need radical collaboration across the governments, the private sector and civil society – as the Africa Green Hydrogen Alliance will foster,” he said.