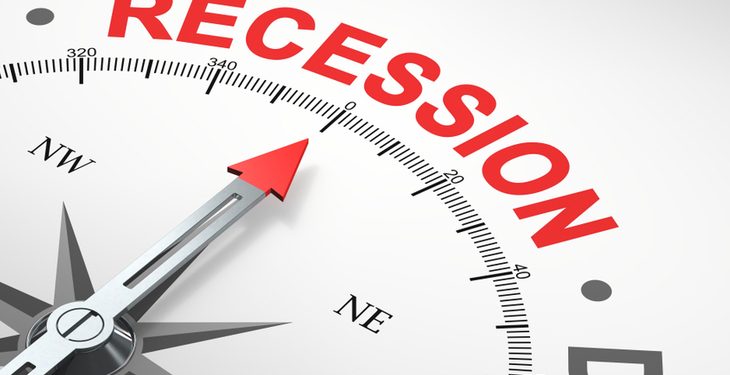 Strategies for investing during a global recession

The prospect of a global recession is no longer a matter of speculation. The recession is here. There are strong indications from the world’s largest economies of a stall in global economic growth going forward. How should investors prepare themselves for the looming global economic slowdown.

Talk around the likelihood of a global recession has reached fever pitch. Leading economies of the world have in their quest to stamp out inflation raised interest rates which greatly increases the chances of a recession.

The United States, despite registering 2 consecutive quarters of negative economic growth (which is the technical definition of a recession), maintains that it is not in recession. The National Bureau of Economic Research, which is a non-profit organization tasked with studying the United States economy to predict when economic recessions will occur and for how long they will last, supports the view that the US economy despite the negative economic growth cannot yet be considered to be in recession.

US economists like Larry Summers hold the view that while there is a strong likelihood of a recession, the US economy will only enter a recession next year in 2023. In China, the second-largest economy in the world, there has been 2 straight quarters of economic decline. This, too, is another indicator and technical definition of a recession.

In China, slowing economic growth has been attributed to the country’s continued stance on COVID. The Asian country maintains a strict zero COVID policy and still imposes lockdowns.

The lockdowns have hampered any efforts of the country opening up and resuming economic activities. This means that the country has not been able to produce what it would normally produce to support its high economic growth rates, leading to a general slowdown in the economy. The policy stance on Covid is not likely to change, at least not in the near term.

President Xi Jinping in his address to the China Communist Party congress, reiterated his commitment to the zero Covid policy stance adopted by his government. What this means is that China, which has been the key catalyst for economic growth globally will continue to stall as the government gives priority to stamping out Covid than economic growth.

China’s domestic problems are mounting. The country is in addition to dealing with COVID, grappling with a housing crisis brought about by the financial distress and bankruptcy of its largest property developers who are starting to feel the financial pinch of oversupplying a housing market that is starting to experience softening demand.

To make matters worse, the said property developers borrow to the hilt with loans they can no longer afford and default lock, stock and barrel. There can be no doubt about the possibility of a global economic recession if the engine that has driven economic growth for the last 20 years, China, starts to stall. A global recession is no longer a matter of if or a matter of when.

A global recession is a matter of now. It only takes an appreciation of global economic and trade systems to understand why. According to recent reports, China is the biggest trade partner to most countries in Africa and is now the biggest investor and lender to countries on the African continent. One publication went as far as to say that China now provides more credit to African countries than do the IMF and World Bank.

China accounts for 60% of Australia’s international trade and 20% of US imports.

Read: Investment and trading strategies in a stagflation environment

In the United Kingdom and Europe in general, countries are seized with a cost-of-living crisis brought about by the ongoing Russia-Ukraine crisis which has seen the cost of energy and fertilizer increase exponentially. All of this shows that the global recession is not a matter of if or when. The global recession is here. What then can investors do to ride out the global recession? Are there strategies they can implement to make sure that they win when the recession is over? Whether we like it or not, recessions are part of businesses and economic cycles. They must be prepared for by both businesses and investors so that they do not claim their scalps.

How should investors manage their portfolios and capital before, during, and post a recession to make money and most importantly so that they do not lose their shirts? The first point of the strategy of investing during a recession is that there are and always will be opportunities in chaos.

The words of investment luminary Warren Buffett ring true all the time. The Oracle of Omaha, as he is fondly known, advises that investors should be fearful when others are greedy and greedy when others are fearful. So, the first thing for investors to know when investing in and during a recession is to have an appreciation of the circumstances that the said recession presents to them.

Substantial fortunes have been made in times of economic hardship and distress. This is because opportunities have an uncanny way of presenting themselves in chaos. Sir John Templeton, another investment legend, made his money during periods of extreme economic volatility and uncertainty.

Only four turned out to be worthless, and he turned large profits on the others.” This strategy of buying low and selling high during periods of extreme pessimism was to be a hallmark of his investing career. This is the first point of a strategy to successfully invest in a period of recession successfully.

Keep your cool and do not lose your head because there are always opportunities in chaos. Buffett and Templeton have proven this often.

The second pillar of a strategy to successfully invest in and during a recession is to accumulate dry powder. In investing circles, the term “dry powder” is the name given to cash.

In times of economic volatility like during a recession cash king. Cash provides investors with a buffer to absorb the shocks that may comes from a bad economy but also the ability to take full advantage of the opportunities that are sure to arise as investors run for the doors.

Shrewd investors who realize this will always make cash or dry powder provisions in their investment portfolios. They do this by keeping cash in their brokerage or bank accounts or investing in near-cash securities like money market accounts and certificates of deposits.

Cash is important because in a recession good quality securities and investments can be bought for knockdown or bargain basement prices. This can only be realized if an investor to begin with did not lose their nerve at the prospect of a recession and secondly decided to keep a significant portion of their portfolio in cash.

Taking a look at 2 stock market indices demonstrates the validity of the assertion that good quality investments can be bought at knock down prices during a recession. The S&P 500 which is a stock index that tracks the movement of 500 or the largest listed corporations in the United States is down 17.89% since October 2021.

The All-Share Index is another stock market index that tracks the overall movement of companies listed on the Johannesburg Stock Exchange and shows a similar trend, albeit not to the same extent as the S&P 500. The ASLI has dissipated by a marginal 2.15%.

With all this in mind, an investor can employ traditional investment strategies like dollar cost averaging and buying the dip to maximize value for his or her portfolio.

Dollar-cost averaging simply means that an investor will invest the same amount of money in the same securities but at different prices, which ultimately reduces the cost that the investor would incur in purchasing the same securities. What kind of stocks should investors purchase during a recession?

Forbes Advisor recommends that investors own shares in defensive companies. A company is considered to be defensive if during a market downturn, its shares do not fall by the same extent and margin as the rest of the market. Defensive companies tend to be blue-chip companies that produce consistent, high-quality earnings regardless of the economic climate. Sectors that are said to perform during a recession are consumer staples, technology, health care, utilities, energy, and commodities. Investors should have their portfolios overweight with shares of companies that operate in these sectors.

What kind of shares should investors avoid during a recession? During investors should not touch companies with high levels of leverage or borrowings on their balance sheet.

Debt during a recession is not a good idea both for companies and for investors. Leverage when used well and during good times enhances the returns companies and investors can earn with little of their own resources. Highly leveraged positions during a recession are certain to lead to financial distress and possible bankruptcy. When analyzing companies to making investment decisions investors should look for the following:

There is a wider universe of possible investments and securities for more sophisticated investors. However, during a recession, investors should avoid exotic and esoteric investments whose value is difficult to ascertain and should stick to tried and tested investment strategies. Shares of growth companies should also be avoided during a recession because they have a tendency to perform poorly. Investors should be short in currencies of emerging market economies and long on the United States dollar in the currencies market. This position should cover securities denominated in United States dollars and those denominated in the currencies of emerging market economies. Investors looking to optimize returns for their portfolio and preserve the value of their capital.