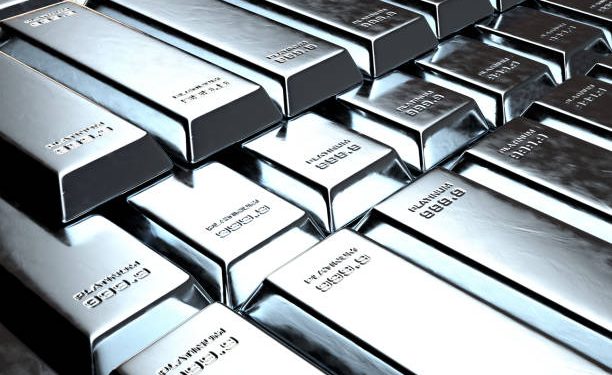 Zimbabwe’s Platinum is not for Zimbabweans!

Platinum prices are white hot globally and the sector is generating windfall cash flows for Zimbabwe however, the Zimbabwean investors have no access to investing in the companies extracting the resource from the Great Dyke

Zimbabwe’s platinum is not for Zimbabwean people. This may at first come across as an outrageous and even preposterous statement however, there is plenty of truth in it. This precious metal has been central to the country achieving a trade surplus as reported in the country’s Monetary Policy Statement in February 2022. The southern African country received US$ 9 billion in foreign exchange receipts in 2021 which was a staggering 53.5% higher than the figure achieved in 2020 of US$6.3 billion. This metric was the highest amount of foreign exchange income the country has ever recorded since 2013! The increase in foreign exchange receipts was due in part to international remittances of people in the diaspora who send money back home to their relatives (this aspect features very prominently in Zimbabwe’s trade account) and to the buoyancy in the prices of natural commodities and metals which Zimbabwe exports.

Rising platinum group metal prices have also given wind to the sails of Zimbabwe’s income. The country exports agricultural produce led by tobacco. On the side of the metal, Zimbabwe exports gold but the darling of its exports come from platinum. Zimbabwe is host to several large platinum mining concerns. These platinum miners are units of larger multinational mining corporations. Some of the platinum miners with interests and operations in Zimbabwe include Zimbabwe Platinum Mines, which is a division of Impala Platinum Holdings, and Unki Mines, which is a division of Anglo Platinum which is ultimately part of the Anglo American stable. Sibanye Stillwater has an interest in Zimbabwe through a joint venture with Impala Platinum in a company called Mimosa.

Zimbabwe for those interested know that it has the second-largest platinum reserves in the world after South Africa. The country has the third-largest platinum group metal reserves in the world behind South Africa and the Russian Federation! The latest company to enter the Zimbabwean platinum mining space is the Pouroulis-backed and majority-owned Karo Platinum. The company is in the process of developing 150,000 ounces a year operation on the Great Dyke. Platinum for its part has several applications which make it a highly sought after and lucrative commodity for miners and investors alike. The metal can be used to manufacture jewelry and it is also an important component in the manufacture of catalytic converters which are used by automobile manufacturers because they reduce the number of carbon emissions.

In a world that is increasingly Environment, Social, and Governance (ESG) conscious, an investment in platinum and the socially responsible production of it becomes an imperative. If the social merits of a platinum investment do not provide a strong enough incentive to investors, then perhaps the financial merits might.

Over the last 50 years, the price of platinum has increased exponentially. In 1970 an ounce of platinum would have set you back a negligible US$ 100 give or take. The precious metal reached its all-time high in February 2008 of US$ 2,063.70 before retreating to US$ 831.60 in November of the same year on account of the Great Recession which resulted from the United State Subprime Crisis. The metal proved to be resilient and began its upward trend from that period rising to US$ 1,833.00 in 2011 before it started to slide when the prices of commodities generally declined from China’s reduced urbanization which had powered the surge in commodity prices in the first instance.

The lowest price in the recent history of platinum was US$ 743.90 which reached the onset of the COVID pandemic. This was the bottom of the platinum market and the price of the precious metal has been rising since then. As of 11 May 2022, the spot price for an ounce of platinum is US$ 1,001.98 and there is no indication that the price will slow down in the future. Despite this increasing price, platinum is still a long way off from its all-time high of US$ 2,063.70. There is a lot of scope for growth in the price of platinum. This bodes very well for the producers of platinum and for the countries that have large reserves of the metal.

You would be forgiven for thinking that investors in Zimbabwe both institutional and retail would be rejoicing and beating a path to invest in platinum mining companies which broadly have declared record earnings and fat dividends. The reality is that the investment community in Zimbabwe has no means or avenue of participating meaningfully and substantively in the precious metal which is proving to be an economic bellwether for the country and has the potential to turn around its struggling economy if harnessed correctly. This statement as well seems outlandish, outrageous, and preposterous but as in the opening of this article, it is true.

The Zimbabwe Stock Exchange does not have a single listing of a pure-play platinum mining company. This is for obvious reasons. To be able to play in the platinum mining game one needs access to long-dated capital. As a mining entrepreneur in the platinum space, a critical success factor would be your ability to secure backers with very deep pockets who truthfully are not on the ZSE. This is the reason why the platinum miners in Zimbabwe are part of foreign domiciled mining giants. Without a parent or partner with serious liquidity, you are certain to fail in a platinum mining venture. This, however, is not to say that because Zimbabwean capital markets are not yet deep enough to provide the financing necessary for the development of viable and thriving platinum mines that local investors cannot participate in that sector. The current situation is akin to the investment community in Zimbabwe being disenfranchised from a commodity they have the right to participate in by right of birth and citizenship.

To invest in the platinum mining space an investor would have to go offshore to be able to purchase shares of companies that mine platinum in their country. For example, Zimbabwe Platinum Mines is listed on the Australian Stock Exchange where only 13% of its issued share capital trades. The remaining 87% is held by Impala Platinum Holdings. The ASX listed entity then holds 90% of the Zimbabwean operation and the remaining 10% is held by an employee share ownership trust. It is consolation that employees of the mining company at least have a stake in the operations and the fortunes of the company. The public does not have this privilege. If they wish to invest in the company, they will need to either purchase shares in the ASX listed entity or buy shares in the parent company Impala Platinum which is listed on the JSE.

To gain a shareholding in Unki, the second-largest platinum miner in Zimbabwe, a prospective investor would have to purchase shares in either Anglo American or Anglo Platinum. The local unit is closely held. Karo Platinum which is being promoted by another JSE-listed miner Tharisa PLC is considering a Eurobond issuance on the Victoria Falls Stock Exchange to raise part of the funds needed to develop the mine. The company is looking to raise US$ 50 million from this move. It needs at least US$ 310 million to build the mine. In terms of equity, the Karo Platinum project will be an 85% to 15% joint venture between Karo Mining Holdings and the government of Zimbabwe. Local investors will have no way of participating in the venture unless they purchase shares in Tharisa PLC in South Africa.

To invest in Mimosa Platinum or to get some exposure to the asset in their portfolio, prospective investors will have to buy shares in either Sibanye Stillwater or Impala Platinum Holdings or a combination of the 2 mining companies. For Zimbabwean investors to get a stake in the platinum their country produces they must purchase shares of companies that are not listed in foreign countries. This situation then calls for innovation in financial services firms to find ways of bringing the opportunity to invest in platinum-producing companies to local investors. There exists a gap and opportunity for this to happen through securitization by way of an exchange-traded fund that invests in platinum mining companies with operations in Zimbabwe which will then list on the Zimbabwe Stock Exchange and or the Victoria Falls Stock Exchange.

Bindura Nickel Corporation used to be listed on the ZSE but migrated to the VFEX. It produces a platinum group metal nickel but it is not a pure-play platinum miner.

The government itself could do several things to give the citizens a stake in the platinum resource of their country. It could do this by setting up a sovereign wealth fund that actively invests in the local ventures in partnership with the larger mining companies like the model they have adopted with Karo Platinum. The sovereign wealth fund could also then play a financing role in the development of platinum assets and ventures both locally and abroad. The second way government can work to expose citizens to the platinum resource of the country is by permitting pension funds and similar institutional investors to deploy capital outside of the country. As it is the regulations governing the investment activities of pension funds are so stringent that they cannot invest pension contributions offshore in a manner that would have preserved them from the vagaries of hyperinflation which the country has experienced on two occasions.

Currently, pension funds in the country can only invest their contributions locally. This has proven to be handicapped because the economy has not performed well. Zimbabwe’s platinum currently is not for Zimbabweans. Its gains have been enjoyed by foreign investors. More needs to be done to enable the investment community in the country to acquire a stake in this sector. When this is achieved Zimbabwe will be a destination of choice for both local and foreign investors interested in the platinum mining space.