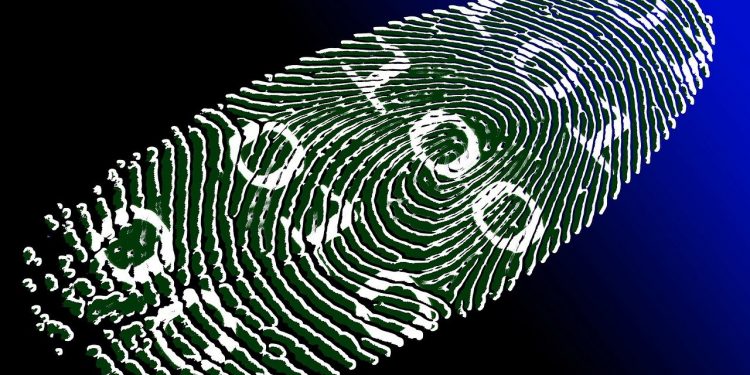 We can all agree that there is a possibility in the future, for anyone who can’t be digitally identified, the opportunity to access services are slim to none, especially financial services.

A digital ID is a form of identification where an individual can be known via remote means over digital channels. This features a high degree of verification and authentication, uniquely formed with individual consent and also observes user’s privacy and control over personal data. The latter, user privacy is a matter of a different discussion, but for now, the digital inclusion of an individual is paramount to create an electronic footprint in today’s globally connected world.

At present, there are more than 1 billion people who are not legally recognized as they bear no form of any identity (ID). According to World Bank 2018 estimates, almost 48 per cent of these “unknown” individuals exist in Sub-saharan Africa.

The challenge currently being faced by many countries in Africa is the lack of digitization across the continent.

The mere lack of digitization does not end at a user alone, but the lack of digital technologies across the continent is posing a major issue

The United Nations Children Fund (UNICEF) estimates that around two-thirds of children in Africa, under five do not have birth certificates.

This means that they are potential unknown individuals if their current status does not change.

Without a birth certificate, it is almost impossible in any country across Africa to attain any form of identification, whether a driver’s license, passport or national identity card.

This scenario is rather worse on the financial angle over time and space. Unidentified people can miss a slew of life opportunities and get hardship accessing basic services such as health, education, labour and entrepreneurial operations.

Further down the line, they are likely not to partake in constructive public and private services (such as banking,  and digital communications). This scenario makes them lose their role in contributing to the development of their community.

READ: The economy is mobile: How Uganda’s digital environment is working

This agenda has been cried over for years. According to a 2019 report published by Mckinsey Global Institute titled Digital Identification: A key to inclusive growth, having a good ID system does not only offer political tidings but yields better socio-economic potentials in this digital age.

As a result, international organizations such as the World Bank, the African Development Bank and even NGOs such as the Gates Foundation have sought to find ways to improve digitization, seeking solutions to formalize the informal sector, at least initially by creating a digital footprint. National governments have also started the process, via the introduction of national ID systems and biometric passports.

Though the latter is more on addressing internal immigration issues, it enables governments to take a deeper look at keeping tabs on citizens. Tanzania, Kenya, Ethiopia and Nigeria to mention a few have demonstrated their will to overpower the state of anonymity among its citizens and roll the digital identification agenda, albeit with challenges and pushback among many.

The McKinsey report further argues that digital IDs can be used manifold, namely to add value via financial inclusion, addressing the continents financial landscape as well as within health. Both these would add considerable impact to the overall digital economy of a country, thus enabling citizens to also be monetized.

Why Digital ID matters to the economy

It is important to set the table straight when it comes to digital ID issues. While it is evident that the digital ID sector plays an important role in formalizing individuals, it is more important to determine its impact within a country’s economy.

“Identification is the means by which we prove we are who we say we are. This is distinct from identity, which is an individual’s unique set of attributes. Identification provides a mechanism to authenticate identity. Digital ID programs let us authenticate who we are over digital channels, including mobile interfaces, internet browsers, or internet-enabled central authentication points. A digital ID can authenticate an individual’s identity through a variety of factors such as who a person is—for example, a fingerprint; what they know—such as a PIN; and what they have—for instance, a smart card or mobile phone” the report entails.

In that context, It enables technologies to operate on a pivotal basis as a foundational set. The report argues the digitalization of an individual through a digital footprint opens a wide opportunity for interaction with institutions.

“Digital ID enables individuals to unlock value and benefit as they interact with firms, governments, and other individuals in six roles: as consumers, workers, microenterprises, taxpayers and beneficiaries, civically engaged individuals, and asset owners. For example, digital ID could contribute to providing access to financial services for the 1.7 billion-plus individuals who are currently financially excluded, according to the World Bank, and could help save about 110 billion hours through streamlined e-government services, including social protection and direct benefit transfers” the report states.

With respect to inclusion, currently, the introduction of digital IDs offer improved non-economic values, such as rights protection and transparency.

According to the report, nearly 3 to 30 per cent of GDP could be unlocked in emerging nations (referring to Digital ID) but in Africa, Nigeria and Ethiopia stand at 7 and 6 per cent respectively.

Now zeroing down to Africa, in particular East Africa, among the EAC states of Tanzania, Uganda and Kenya, the report paints an interesting picture.

In Kenya, East Africa’s leading economy, is the most digitized nation in the region, having already instituted an ID landscape at large.  McKinsey indicates that in Kenya 82 per cent of the people have ID coverage, whereby the ID coverage carry three sets of functions, economic, social and political.

Meanwhile, in Tanzania, where the biometric registration system commenced a few years ago, the ID scheme moved to utilize mobile services. In 2019 the government issued a mandatory SIM card registration, which simultaneously enabled a greater control on people, with many building the necessary digital footprint. More importantly, the report cites Tanzania’s ID coverage at 53 per cent, with the ID coverage functions being under the rubric of socio-economic observation, but more importantly to ensure the Government has its influence on the actions of people.

For Tanzania, the case is quite interesting as much of the recent laws regarding privacy have been aimed at ensuring a tight stronghold on the manner in which people exercise their freedom of speech, through mobile messaging via mobile phones.

In Uganda, the ID landscape has been mushrooming for quite some time, since the introduction of the new Registration of Persons Act 2015. According to the Uganda Digital Identity country profile published by GSMA in 2019, the ID schemes began expanding, bringing the ‘My Country, My Identity’ campaign conducted between 2014 and 2016 saw 15.3 million voters registered with the Electoral Commission, and 14.8 million registered for a National Identity Card (NIC).

The Mckinsey report adds on the above by citing nearly 51 per cent of people in Uganda have a form of ID, serving mainly for Big Brother to continue keeping an eye on its people.

There is a catch awaiting despite these figures. As the advancement of technology takes new shifts every day, the cost of implementation of digital ID declines.

The digital ID arena has a swathe of benefits to individuals and institutions, and this could be mirrored in Africa, under the right strategies.

Individuals’ benefits could range from access to financial services and employment, increased agricultural productivity and time savings. The ability to make digital payments can be made easily and secure.

The report affirms the fact that the current access to smartphones and the internet in Africa is the perfect breeding ground to fuse the digital ID technology. As the creation of digital ID value chain requires robust technology–which becomes affordable year-after-year, making it easier for developing nations in Africa to enhance their digital ID landscapes.

Increase tax collection can be achieved if digital ID elongates further into the tax base across African nations. This would formalize the economy and make it effective tax collection a pleasant reality.

Hence the report points out a currently tax-driven nation, Tanzania saying “, In Tanzania, for example, the National Identification Authority estimates that of 14 million people capable of paying taxes, only 1.5 million, or around 10 per cent, do so”.

Africa needs to set out a robust strategy and sensitization mechanism to ensure all people are brought on board during the implementation of such ID programs, exposing benefits and underlying risks present.

The digitization of a society is a key determinant on whether they will partake in the world of global commerce. The ability to effectively formalize an informal society, enabling connectivity, will fundamentally differentiate a connected country from one that isn’t. Africa is poised to benefit greatly, if countries can actually digitize their citizens, enabling them to partake in the digital economy.