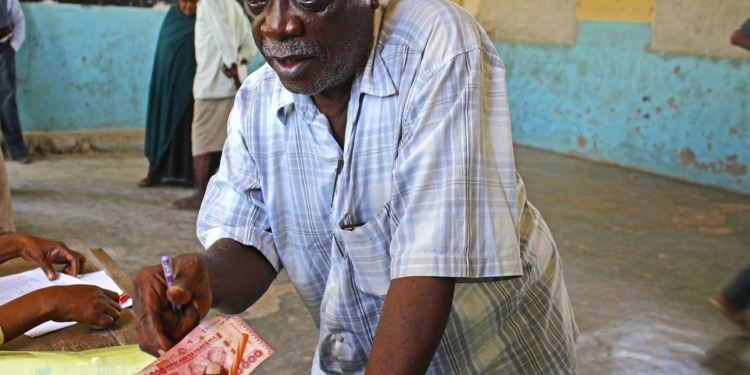 Pension funds in Africa are turning into a powerful financial tool as pension funds which hold around $350 billion worth of assets in sub-Saharan fund.

Pension funds are now an instrumental tool in the economy across Africa that play a major role in building long-term finance and capital markets, through mobilization and allocation of stable and long-term savings to support investment, according to Making Finance Work for Africa.

In a nutshell, according to Corporate Finance Institute, the pension fund is an endowment that accumulates capital to be paid out as a pension for employees when they retire at the end of their careers.

As Africa battles the pandemic’s economic shocks, with focus trained on debt resolution, governance, and growth in Africa, there is promising advancement the continent has made in the economy and local pension sectors are noted to grow rapidly since the late 2000s (International Finance Corporation (IFC)). Nigeria, Kenya, Namibia, Botswana and Mauritius are some of the active players in pension fund growth across the region.

According to Making Finance Work for Africa, PricewaterhouseCoopers (PwC) estimated that Assets under Management (AuM) in 12 African markets will rise to around $1.1 trillion in 2020, from $293 billion in 2008.

“The growth of AuM is creating pressure for diversification, both from risk management and return perspective. Yet pension assets remain heavily invested in government bonds and listed equities, despite recent regulatory reforms and Africa’s significant investment needs, contributing little to long-term funding for the real economy and economic growth – as well as delivering potentially lower investment returns,” according to Making Finance Work for Africa.

However, pension funds are now taking a different shape across the African landscape and it is important to see how different countries utilize pension funds to fuel development.

Pension funds in Africa are turning into a powerful financial tool. According to a publication by The Economist on October 2, 2021, the continent’s development funding could be supported by pension funds which hold around $350 billion worth of assets in sub-Saharan funds.  While businesses lament on capital dry-spell the region’s infrastructure spending demands at least $130 to $170 billion per year to bring out good roads, water, power and internet services to African communities.

“Pension funds have grown impressively in recent decades, for diverse reasons. In South Africa, the government pumped cash into the civil service pension scheme to allay members’ worries about losing benefits at the end of apartheid. Its successor, the Government Employees Pension Fund (GEPF), is the largest in Africa, with assets of about $110bn. In Nigeria, a mandatory pension system was introduced in 2004, and funds’ combined assets have grown nine-fold over the past 15 years, to $31bn,” according to The Economist.

READ:Growth of pension assets in Kenya slows down

Despite pension schemes covering only a small fraction of Africans who are formally employed, The Economist argues that it still holds power.  In Namibia, a developing state in Africa, the value of retirement fund assets is larger than the nation’s GDP.

Conversely, while certain African nations face financial limitations, several governments have taken refuge in pension funds and other asset managers to aid in financial support, which includes accepting a temporary reduction in yields from their holdings of government securities.

In Ghana, one of the fastest-growing economies in Africa, as an immediate response to the crisis, for example, Ghana’s Ministry of Finance called on pension funds and other assets managers to accept a 200-basis point reduction on yields from short-term government securities such as T-bills and 364-day paper (IFC).

The IFC noted that, as the scale of the economic impact of the COVID-19 pandemic becomes increasingly apparent, union and pension fund members in some countries in Africa began pressing governments to tap into pension funds to help combat the numerous economic hurdles brought on by the pandemic.

This issue is taking another step, as policy measures are under consideration—in several markets, which are now requiring pension schemes to provide some amount of their assets without penalty to members as a deliberate means of supporting them to attain their necessities in time of unemployment or reduced working hours (IFC).

On the other hand, recent regulatory reform has led to significant growth in AuM across the continent. In Tanzania, for a start, the pension system reforms in 2018 merged and consolidated the social security schemes by merging four public funds, Parastatal Pension Fund (PPF), Public Service Pension Fund (PSPF), Local Authorities Pensions Fund (LAPF) and Governmental Employees Provident Fund (GEPF), into one scheme which is the Public Service Social Security Fund (PSSSF).

READ:Impact of covid-19 on pension schemes

There is potential in unlocking Africa’s pension funds towards sound investments in alternative assets, which begs the question of how can that be executed.

Making Finance Work for Africa advocates empowering pension funds, regulators and other stakeholders with the right information which enables them to assess if and how alternative assets fit within their investment strategies.

Another important angle to tackle is the scarcity of investable assets and appropriate pools to invest—wherein until recently, the right specific risk appetite, regulatory regimes, and return expectations of African pension funds was dormant

In general, there is a huge demand to develop local capacity in Africa to develop investable assets, assess their creditworthiness, and embark on an investment spree.

READ:Growth of pension assets in Kenya slows down