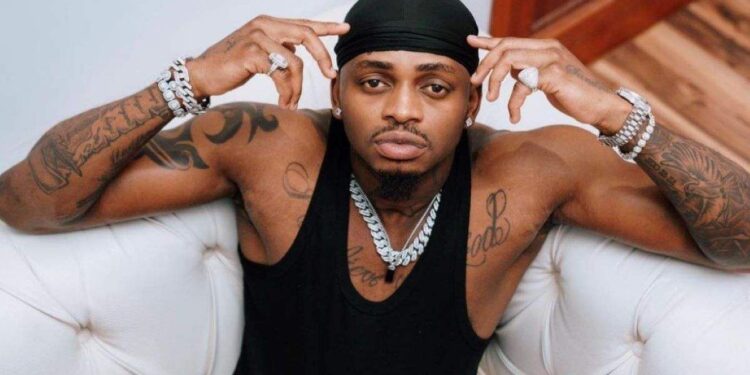 Tanzania’s music industry has evolved over the past decade to become one of the most profitable creative performing arts landscapes.

At the same time, media has connected cultures beyond language and physical barriers. Who doesn’t know Diamond Platnumz, Ali Kiba or Zuchu (except for non-Afro pop fans) in East, South and Central Africa, to mention a few?

From e-papers to virtual reality, modern ways of communication have made information- sharing seamless, and the world has become a village, literally.

When it comes to entertainment in Africa, Tanzania’s music industry has evolved over the past decade to become one of the most profitable creative performing arts landscapes.

International accolades won by Rayvanny, Diamond Platnumz, Ali Kiba, and many more prove how the genre has spilt over multiple locations worldwide, especially high-performing landscapes – the USA and Europe.

During the golden era of music (1970s and 80s), Radio Tanzania Dar es Salaam (RTD) provided services such as recording for bands.  Forty years later, young musicians such as Diamond, Harmonize, and Rayvanny have become revered artists owning their music labels. It is crucial to say the industry is striving for even more significant results.

With the current trend in the growth of the information and communication sector, such as internet penetration ascending to 50 per cent and more than 90 per cent of all internet users going live via mobile phones, music streaming services are building a healthy market in Tanzania.

Boomplay is changing how Tanzanian artists and music consumers interact with artistic content.

Spotify – the most popular and widely used streaming platform globally, launched its services in Tanzania. The entertainment industry stands to expand and become a healthy market through working with local creators and partners.

This streaming platform giant levitated the Tanzanian music industry to a somewhat competitive stage. East Africans have joined more than 345 million monthly active listeners who stream popular music and podcasts on the platform for free.

However, it is essential to carefully recognize other efforts to analyze the entertainment and media industry across the continent.

READ:Global studios, streamers turn to Africa as bastion of entertainment

Numbers speak better than words sometimes. They paint a very vivid painting on how E&M perform in Tanzania; but what does the industry hold for the future?

The multinational global firm PriceWaterhouseCoopers (PWC) produced a very detailed publication that shines on actual numbers regarding the performance of E&M in five countries—South Africa, Nigeria, Kenya, Ghana and Tanzania.

The firm pins the role of ICT in shaping the growth of E&M.  PwC argues that internet access is undoubtedly a significant contributor to this total, but to a lesser extent than other countries featured in this overview, including that there is a reasonably diverse E&M market in Tanzania.

“Only South Africa had a lower proportion of E&M revenue coming from internet access in 2018, and although the share in Tanzania will increase sharply to 2023, it will still be far from the amount seen in Nigeria and Ghana”, the PwC report argued.

However, the report pointed out that the proportion of E&M revenue derived from Internet access by country, 2014 vs 2023 pin Tanzania in a promising stride. 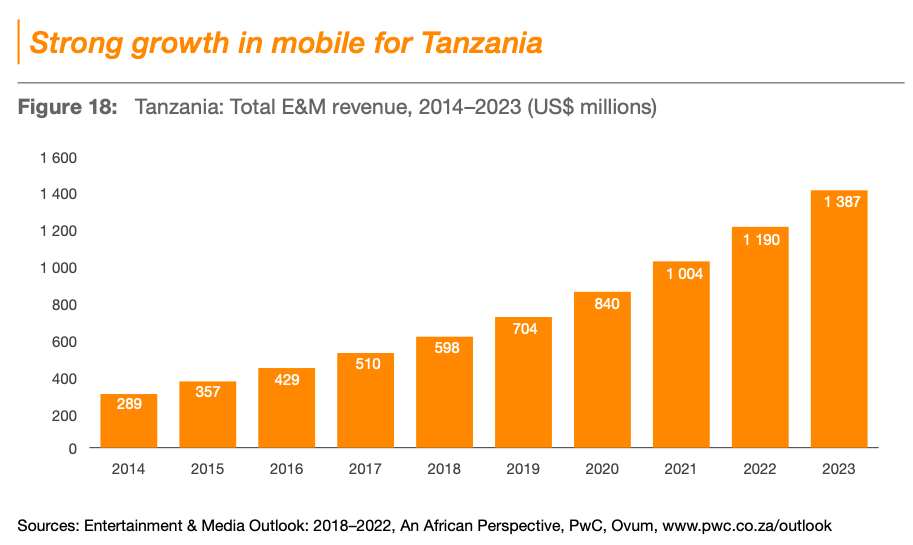 In the modern era, technological advancement is vital for developing E&M in any country. Tanzania has made some notable improvements in the communications sector over the past ten years.

The expansion of 4G services across the country and improvement of fibre network has built a healthy foundation of communication infrastructure.

Further, Tanzania Communications Regulatory Authority (TCRA) is placing the country in a competitive spot by helping it increase the adoption of digital services such as the Internet of Things, Cloud, big data, e-commerce, content, mobile financial services and other enterprise services (PwC).

“OTT video is one such offering. Tanzania is home to leading OTT video service providers such as Netflix, Kwese Free Sports, and Showmax, leveraging improved broadband connectivity. The demand for OTT video services continues to grow, albeit from a low base, due to better affordability of subscription packages and increased smart device penetration,” PwC noted.

It is vital to notice the gradual growth of the sports sector, from the local Darby games to international boxing games broadcast live on national TV and the internet.

This progress is vividly seen through commitment poured in Tanzania through SuperSport as pay-TV subscriptions revenue was a $126 million market in Tanzania in 2018 and will surpass $200 million by 2023.

With the vast expansion of the smartphone market in Tanzania – offering a wide variety, video games are gaining traction in Tanzania.

Across major cities in Tanzania, make-shift and properly constructed gaming centres attract a large swathe of young people who engage in competitive interactive games, from sports games to fighting games.

“Video games will also see an eye-catching growth rate in Tanzania, as smartphone ownership permits great democratization of gaming experiences. Social/casual gaming revenue is anticipated to increase at an impressive 20.9 per cent of compound annual growth rate to 2023. At this point, it will account for over a third of the country’s total video games revenue,” PwC argued.

Two decades ago, the E&M sector was far from a competitive and healthy section of the economy as it is today. The amount of revenue contributed by this industry shows that Tanzania can maximize the sector to push forward its development goals.