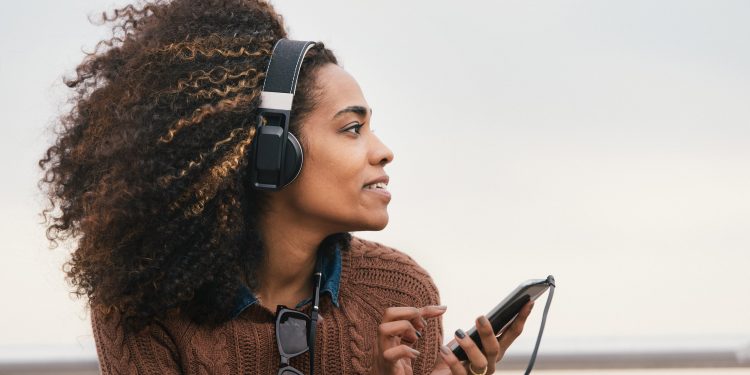 With Blockchain one can ascertain proof-of-work and proof-of-authorship if they upload their work. [Photo/SAT]

With Blockchain one can ascertain proof-of-work and proof-of-authorship if they upload their work, comply with Blockchain agreements and get their digital certificate which includes a private key, kind of a personal signature.

The Kenyan creative sector loses Ksh4.6 billion (US$40 million) annually to piracy, Nigeria’s Nollywood is a US$7 billion earner, yet one out of ten films is bootlegged.

In South Africa, 33 per cent of the software in the market are illegal copies according to Software Alliance, BSA. This then begs the million-dollar question; how can African creative industries leverage Blockchain technology to curb intellectual property theft?

Blockchain technology, cryptocurrencies and web 3.0 seem to be the rage right now, but what exactly is Blockchain technology and how can it be applied to the creative economy? Blockchain is essentially a distributed accountability system that keeps tabs, in this case, ledgers, of any iteration done chronologically. These ledgers are encrypted and designated into blocks and if connected with other blocks, make up a network or a chain, thus the name. Blocks can only be added to the Blockchain via a consensus process and smart contracts that are interlinked by Hash pointers.

Blockchain is then a digital database system that uses algorithm-proof mechanisms to build trust and guarantee security, while still remaining decentralized and open to and for everyone. Parties in the chain commonly referred to as nodes can act independently in exchanging data automatically and securely within the system. Each node contains a copy of the entire data of the Blockchain ensuring that all the nodes in the chain can verify and authenticate transactions even if one along the chain falters or becomes dysfunctional.

One arrow in a pirating scheme quiver is the false claim to work or authorship or ownership. With Blockchain one can ascertain proof-of-work and proof-of-authorship if they upload their work, comply with Blockchain agreements and get their digital certificate which includes a private key, kind of a personal signature.

This can prove ownership of the works as it is time-stamped and known to be in existence.   One can also trace the transactions and copyright use of their works and be able to calculate the intellectual property value in the forms of royalties and license fees and any other form of exploitation either economically or morally.

For a long time, creatives have decried the often rigid and unclear remuneration process of their royalties, the blame always shuttling between collective management organizations, CMOs and the broadcasters.

The Kenya Copyright Board, KECOBO estimates that broadcasters owe US$9.3M in unremitted broadcast royalties to musicians, filmmakers, composers and other creators. The same board in August 2021 revoked the licenses of three collective management organizations, the Music Copyright Society of Kenya, MCSK, the Kenya Association of Music Producers, KAMP and the Performers Rights Society of Kenya, PRISK for what they noted as irregularities in accountability.

CMOS distributed Sh41 million instead of Sh79 million from Sh114 million collected at the end of July 2021. Things are not that different in South Africa, SAMPRA South African Music Performance Rights Association collected R200 million in royalties in 2020, but a staggering R41 million was spent on administrative costs.

Thank heavens for the 4D’s of Blockchain; decentralized, digitalized, distributed open systems and disintermediated, creators, can now cut out the middleman or intermediaries and track their royalties themselves. Blockchain technology ensures that the existence of any intermediation is nullified as everyone or anyone in the chain can verify a transaction.

So, the roles that most traditional structures like CMOs played in the past have become redundant or are phasing out quickly. Also, since the music landscape has changed with market trends of single downloads and online streaming overtaking the sale of hard copies like CDs, vinyl and tapes creators now can follow up on their royalties with much ease.

If strict adherence on the part of broadcasters towards remittance of royalties, then artists can now potentially get near-instant micropayment instead of waiting for a lump-sum amount at an unspecified time for their work calculated under a veil of secrecy.

In many cases, intellectual property rights are infringed when credibility and trust is eroded and the copyrighted works get to be distributed, altered and/or copied without the consent of the originators of those works. For example, a film distribution company creates copies and fails to disclose how many copies were sold and thus undercuts the copyright holder of their hard-earned benefits.

With Blockchain’s immutability and tamper-resistant capabilities at its core, this is near impossible and it would take the whole chain colluding to create such an anomaly. It’s no surprise then that Blockchain is shrouded in mystery just as is its forerunner, Satoshi Nakamoto.

However beautiful Blockchain technology portends to be, there are some wrinkles that have made it all but quaint. For instance, penetration is very dismal and people are still in the dark as to how it works and what resources have to be availed. For example, in order for music to effectively utilize Blockchain technology, there has to be a digital database where the music can be uploaded. A few efforts have been attempted to create this database like Berklee’s Open Music Initiative, OMI and SOUNDAC.

According to SOUNDAC’s website, “The SOUNDAC database is a single location to input all of your copyright information. No middlemen, no third parties, no fees. Where every participant in a song both the master recording side and the composition/publishing side can build off of the data, creating a rich, transparent, trustworthy and constantly updating the database.

Businesses worldwide, from streaming platforms to music retail websites, will know exactly which copyright holders to pay in real-time by using the open data contained within SOUNDAC solving what we call the “Who to pay?” issue currently plaguing the music world.”

The hashing process is also technical and not easy to achieve. It takes a lot of time depending on the file size and type, time of creation, and creator. A slight variation of the hash file can invoke major changes. There is no software to either modify it or predict the next hash metamorphosis.

The challenge African creative industries face with regard to Blockchain is the stronghold CMOs and other traditional structures like copyrighting organizations have on them. These organizations are the construct of African governments to censor and/or derive tax from copyright registrations, patents and trademark processes.

Blockchain poses a threat to the status quo as one does not necessarily have to submit a copy of the piece of artistic expression to a government or quasi-government organization in order to obtain a legally recognized copyright certificate.  It costs nothing and one can be able to manage their creative works without any intermediaries, regulatory bodies that are oftentimes used to curtail unpopular opinion that spreads dissent, challenges the incumbency or clamours for regime change.

Read: The Business of Music streaming in Africa

The writer, Alex Kanyi, is a PR practitioner in Nairobi.