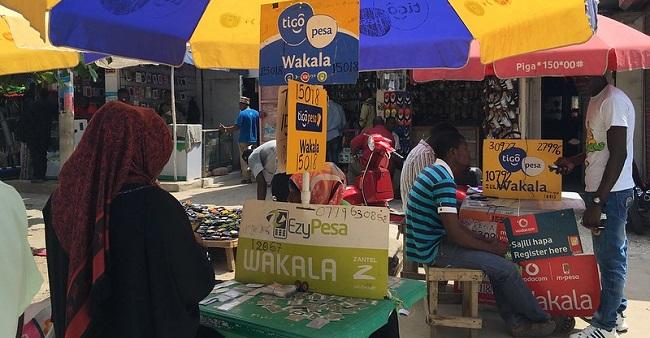 Mobile Money in Tanzania: Photo by Mobile WorldLive: The Exchange

What is the fate of mobile money in Tanzania?

Mobile money in Tanzania is dominated by Vodacom M-Pesa and Tigo Pesa.

by Padili Mikomangwa
in Fintech, Tech & Business
0
Share on FacebookShare on LinkedIn

Tanzania is one of the fastest-growing mobile money markets in Africa, but that scenario could change as higher charges on mobile money transactions get introduced.

The change in tariffs is sparking an uproar of customers nationwide. The new levies began on July 14 2021.

Global mobile operator body, GSMA—pointed to Tanzania as a transformative hotbed for mobile, as in 2007 around 5 million people, representing a 10th of the population, were subscribed to a mobile service. That number has grown fivefold today to more than 25 million.

READ: Are Mobile Operators the next Fintech Startups?

Now in that context, mobile money services have also grown. Tanzania Communications Regulatory Authority (TCRA) points out that, mobile money subscriptions (accounts) are more than 32 million, whereby the market share is dominated by Vodacom’s M-Pesa (42 per cent), Airtel Money (20 per cent) and Tigo Pesa (26 per cent).

As one of the world’s leaders in mobile money transactions, Tanzania had a mobile money transfer value of over US$3.6 billion in June 2019. GSMA noted that over the past year the upsurge of mobile money agents providing services to customers was a factor that led to the growth of the sector, even as different operators weighed in their resources amid fierce market competition.

The mobile money sector has become an extended fintech with much more to offer. Big players such as Vodacom’s M-Pesa offer credit (M-Koba and M-Pawa), support business owners, savings groups and individuals.

However, with all the efforts made, mobile money account owners and agents across the country, are feeling the pinch as the government intorduces new and higher charges.

According to information from The Citizen, the pinch is a government effort targeted towards collecting money from mobile-wallets “in efforts to increase the tempo of implementing mega-development projects while simultaneously seeking to avoid overtaxing productive economic sectors that have been ravaged by the global Covid-19 pandemic”.

Tanzania was one of Africa’s countries hit hard by the pandemic economically. The East African nation managed to stay afloat by rolling out different monetary policies to combat the shocks of the virus on its vital economic sectors, especially credit and lifting transaction limits for mobile money operators.

Further, The Citizen report noted that the Tanzanian government anticipates raising its revenue collections—which have been surpassing historic records, by US$540 million to “partly fund the US$15.6 billion budget for the 2021/22 financial year.”

The government amended the Electronic and Postal Communication Act (CAP) last month by imposing a levy of between US$0.0043 (10Tsh) and US$4 on mobile money transactions, depending on the amount sent and withdrawn.

One of the key factors that led to the expansion of mobile money in Africa and Tanzania, in this case, was the increased interoperability, product expansion—which brought financial inclusion to enable nearly everyone with decent income-earning schedules to own a mobile wallet account.

Hence, with the new charges—which are significantly higher, there is a chance, more people will resort back to the old ways of payment.

On a comparative basis, Airtel Money customers (sending money to Airtel money accounts) were being deducted almost US$0.15 by when they transacted US$6.47, but the new charge instructed a US$0.41 deduction. On the same note, sending money to other mobile wallet accounts apart from Airtel costs even more now.

It is rather heavier on Vodacom’s M-Pesa—the largest mobile money market holder in Tanzania. Sending and withdrawing around $431 through mobile money wallets will cost Tanzanians more than US$13.37—compared to US$9.66 in the past.

“If one has US$43 in one’s mobile wallet, one can only withdraw $39, the rest going to the government. This is too much for ordinary Tanzanians,” a Tanzanian business owner told The Citizen.

The changes have caused an uproar. In Tanzania’s business hotbed, Dar es Salaam, mobile money agents recorded a heap of complaints and uncertainty.

“These charges are too much. I don’t think these charges work in the interest of Tanzanians,” a mobile money agent based in Dar es Salaam told The Exchange.

The charges brought different views from technocrats across the board. Various experts saw the charges increase as a setback to financial inclusion.

“This should have been done gradually not in one go as it has been done and it is in danger of destroying the mobile money normality as more people will go for a cheaper mode of transferring their cash even if it means staying in queues for hours,” Prof Samuel Wange, an economist based in Tanzania told The Citizen.

On the other side of the board, a University of Dar es Salaam economist, Abel Kinyodo saw the mobile money debacle with a set of different lenses, arguing that “even before the new levies, mobile money transactions were costly compared to the bank.”

By 2020 mobile money penetration stood at 53 per cent and in June 2020, more than 272 million mobile money transactions were recorded marking a US$4.6 billion value in total. This means, mobile money in Tanzania holds an important spot in the economy, hence—the big question left unanswered is how mobile operators plan to set up their mobile money services to soothe the pinch.