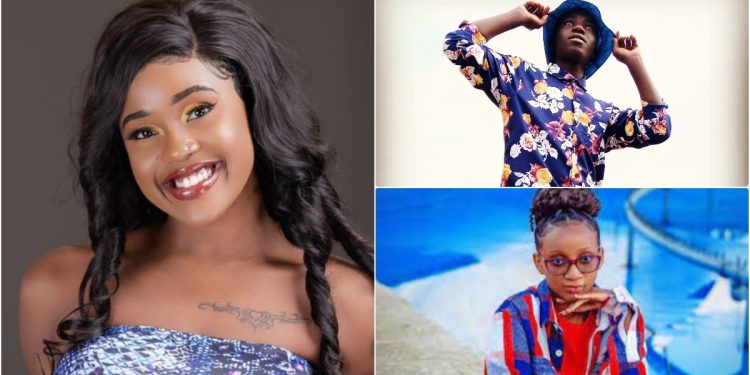 Azziad Nasenya tops the list of the highest paid TikTokers in Kenya through sponsored content. Mr Mbilimbili is ranked second.

The video-sharing app, TikTok, has created millionaires since it was launched in 2016 by China’s ByteDance Ltd.

A report by Forbes revealed that the highest-paid celebrities on TikTok took home US$55.5 million in 2021, a 200 per cent increase from 2020.

The report indicated that TikTok stars earn 30 to 50 per cent of their money from sponsored content. Sponsored content involves sharing posts that are paid for by companies advertising their products on the platform.

Since TikTok was launched in 2018, it has grown tremendously to register over a billion users, with big multinationals such as Amazon, McDonald’s and Louis Vuitton buying ads.

In Africa, Senegalese TikTok sensation Khabane Lame, based in Italy, tops the charts according to Hoppers TikTok’s rich list. Lame has gained over 144 million followers on TikTok due to his humorous silent videos. He earns US$92,270 per post.

Kenyan social media influencers have not been left behind as they have taken advantage of the app to make money from brand influencing.

The Kenyan TikTok queen rose to fame after her video dancing to the Utawezana hit by Mejja featuring Femi One went viral. The 22-year-old gained thousands of fans, making her venture into content creation. Bic, Cortex, and Phillips are some of the brands she has partnered with.

According to Daily Nation, she takes home an average of Sh 500,000 monthly from brand influencing.

Gideon Musau is popularly referred to as Mr Mbilimbili. The Youtuber joined TikTok in 2020 to diversify his sources of income. The youthful brand influencer disclosed he earns up to Sh 400,000 monthly from sponsorship deals and campaigns.

Gathoni joined Tiktok in March 2020 wamid the COVID-19 pandemic. At first, she just wanted to pass the time since universities and other earning institutions had been closed to curb the spread of the virus.

She created goofy dancing videos, which have since earned her over 400,000 fans. She has worked with electronics company LG, telecommunications giant Safaricom and shoe company Bata. Gathoni earns between Sh 50,000 to Sh 100,000 by sharing sponsored content on her page.

Matheu, an English Literature graduate, joined the platform in January 2019 to share short videos of her acting skills.

“Never in my wildest dream did I imagine I would make anything out of it. I just wanted to entertain people,” the 23-year-old who rakes in an average of Sh30,000 per deal said.

Cindy Kipsang is one of the top-earning Kenyan stars on TikTok. She joined the video-sharing app in 2016 when it was named Musically and wasn’t popular. Two years later, when it was launched and hyped, she learnt about monetising content and has been earning from sponsored content though she didn’t reveal the amount.

Uncap aims to Bridge the Funding Gap for African Entrepreneurs