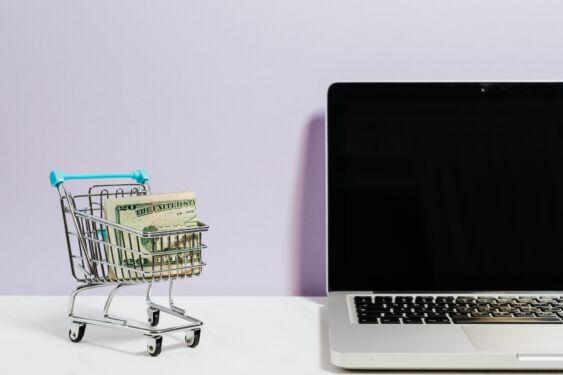 by Evelyn Shumba
in Industry and Trade, Tech & Business
0
Share on FacebookShare on LinkedIn

During the mid-1990s, the internet revolution gained momentum, with many businesses recognizing that they needed to adopt internet solutions if they were to stay relevant. New companies offering services that were outside what had been the conventional norm became leaders in the global economy. With young tech enthusiasts adopting disruptive ideas, the supply of goods and services was no longer limited to locality. This led to the popularity of online stores, and the birth of companies such as Amazon.

From the humble beginnings of his rented home garage, Jeff Bezos started his online book store, eventually adding more products to the catalogue. To date, Amazon can arguably be said to be one of the leading e-commerce companies in the world, with a recorded market share of over 35% in the United States of America alone.

Africa on the move

Although Africa was viewed as lagging in development for the longest time, there has been a paradigm shift in the African economy. Africa has been named the 2nd fastest growing regional economy, albeit development not moving at the same pace across the different African countries. Some of the factors contributing to the region’s economic growth include a growing middle class with disposable income, political stability and technological advancements.

As the e-commerce phenomenon is on the rise worldwide, Africa has not been left out of the revolution. Although online business sales have previously amounted to a smaller percentage in Africa, trends are changing, and there is significant potential growth for e-commerce on the African continent. The significant increase in e-commerce can be attributed to the prevalence of smartphone use and improved internet access across the continent. South Africa and Nigeria lead the continent in the use of online shopping, with 50% of internet users in the two countries buying goods online.

The Covid-19 pandemic has also resulted in many African households adapting to online business as most goods and services could only be accessed through online sales during the lockdown period. One company that has testified to a sharp increase in online business is Fresh in a Box, a Zimbabwean company that does door to door deliveries of fresh produce and other groceries through orders made online. Therefore, this is an opportune time for e-commerce companies to grow their business on the African continent and get a share of the pie.

Leading e-commerce companies on the continent

Already taking dominance on the African scene are Alibaba, Jumia and Takealot. According to the newspaper, the Chinese Daily, Alibaba, through its cross-border e-commerce unit AliExpress, has provided its services to 4.2 million customers since it began operating in Africa. Jumia, a Nigerian-based company dubbed “the Amazon of Africa”, is said to have availed its services to 4.3 million consumers and has 81 000 active sellers. With such statistics, it is no wonder that Amazon is spreading its corporate wings on the African continent.

Jumia is proving to be a force to reckon with on the online business front, with a recent listing on the New York Stock Exchange and having started its trading on a strong footing.

AliExpress is also asserting its African presence by adding MPesa as one of its payment options for Kenyan customers. MPesa is a mobile money platform with over 21 million customers in Kenya. Kenya is one of the leading growing economies in Africa, with a growing number of online consumers. By facilitating easier payment for goods, AliExpress will likely have an increased share of the Kenyan online consumer.

It has also been reported that as of 2018, about 2% of Amazon sellers have also had their products listed for sale on AliExpress. This is a reflection of direct competition that Amazon has to take cognizance of as it strategizes towards maintaining market dominance.

Amazon’s initial footprint on the African continent was to set up development centers in Cape Town in 2004. It then went on to establish Amazon Web Service Centers in Johannesburg in 2015, going on to expand to AWS Direct Connect in 2017. As of 2018, Amazon made its major infrastructural investment by launching Amazon CloudFront centers in Cape Town. The company employs about 7 000 permanent staff in South Africa to offer online support services to its customers abroad.

The establishment of cloud data centers was a strategic investment that allows a greater population on the African continent access to faster internet connectivity and next-generation technology.

In line with the company’s green policy, Amazon has started investing in wind and solar projects to power its data centers in South Africa. This shows that the company is looking to make a permanent footprint on the continent by investing in large-scale capital-intense projects.

On the e-commerce aspect, Amazon still has some ground to cover in the provision of its services. To date, the company only ships specified products to the continent and operates in 17 countries. In a bid to simplify payment methods for the Kenyan consumer, Amazon launched PayCode. This platform allows Kenyan online shoppers to pay for goods via cash deposits at Western Union.

Although Africa is steadily catching up with the developed world in technological infrastructure, there is room for a lot more tech investment, which makes the continent a prime location for tech companies looking for investment opportunities. It is no secret that a lot of revenue is accrued by tech companies that are involved in analyzing big data and offering cloud services. Whoever gets a big chunk of the African pie will have a competitive advantage in the tech field.

With Microsoft having established the first major data centers in South Africa, and Facebook and Google eyeing the region, Amazon wants to assert its position through its investment in data centers on the continent. And what better way than to begin its business in one of Africa’s biggest tech hubs, Cape Town.