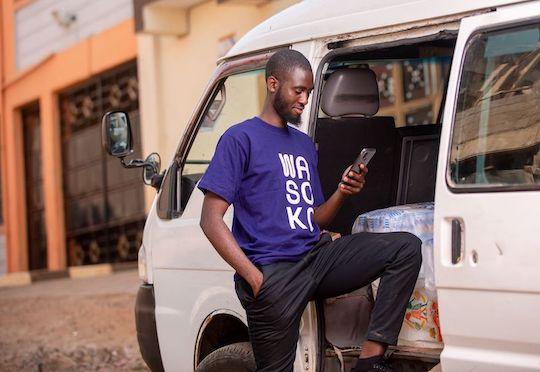 This came after its US$125 million Series B equity deal in March, which was the most significant venture financing round ever raised by an African firm that wasn't in the financial sector.

Wasoko Opened an Innovation Hub in Zanzibar in collaboration with the Zanzibari government, the company that uses technology to overhaul the unorganised retail supply chain announced the official opening of the “Wasoko Innovation Hub.

The Wasoko Innovation Hub in Zanzibar, situated in Fumba Town, Zanzibar, will be home to over 500 forward-thinking engineers, product managers, UX designers, and researchers from Africa and around the world and will concentrate on developing top-notch tech solutions that will power Africa’s e-commerce industry for years to come.

To develop and produce innovative goods and services for our customers, Wasoko, a Pan-African digital firm, has been searching for a place where we can assemble the brightest talent from all across the continent and beyond.

Although we gave traditional locations like Dubai and London some thought, we ultimately remained steadfast in our conviction that technology for Africa should be developed in Africa. Wasoko’s CEO and founder, Daniel Yu, explained.

The Wasoko Innovation Hub will be a part of the ongoing redevelopment of Fumba Town, overseen by the German engineering company CPS. Fumba Town is being built south of the Abeid Amani Karume International Airport, along a 1.5 km stretch of the ocean shore, with hundreds of contemporary homes and businesses being built there.

The area will serve as Silicon Zanzibar’s main base, simplifying the process of issuing work permits to qualified computer professionals looking to relocate to Zanzibar from all around Africa and beyond. With direct flights to more than 20 locations in Europe, the Middle East, and Africa, Zanzibar is one of the world’s top tourist destinations.

The government will also provide significant advantages under the nation’s current Free Economic Zone policy, including a ten-year corporate income tax exemption, to further entice IT companies, according to a statement from  Zanzibar’s Minister of Investment and Economic Development.

Tech businesses no longer need to establish offices and relocate staff members to Dubai or London to oversee their African operations.

To allow everyone developing technology for Africa to be headquartered in Africa, the Zanzibar government is creating an open and enabling environment for all tech businesses and their team members to be based in Zanzibar—one of the world’s most fascinating places.

The opening of the Wasoko Innovation Hub represents the most recent development in the startup’s rapid growth trajectory, which led to the Financial Times named it Africa’s Fastest Growing Company in May 2022.

This came after its US$125 million Series B equity deal in March, which was the most significant venture financing round ever raised by an African firm that wasn’t in the financial sector.

Wasoko has shipped 3 million orders to more than 75,000 unofficial retailers in Kenya, Tanzania, Rwanda, Uganda, Côte d’Ivoire, and Senegal since its start in 2016.

Why is Wasoko establishing a digital hub in Zanzibar

According to Yu, Zanzibar’s budgetary policies were more accommodating to his goal to expand throughout Africa than Kenya’s.

Wasoko, which has grown to include six African nations since its launch six years ago and is valued at US$625 million, experiences reduced profit margins due to the high taxes in Nairobi.

“Zanzibar has lower tax rates and better financial incentives. In comparison to Nairobi, it is much simpler to obtain work and business visas,” Yu noted.

Wasoko’s decision to establish its headquarters in Zanzibar also enables it to better comprehend its Swahili-speaking customers in mainland Tanzania, whose startup policies are equally alluring.

He acknowledged, “Wasoko has been searching for a site in which We can pool the brightest talent from the continent and beyond to create novel goods and services for our clients.” He pledged to secure over US$15 million in investment in the island over the following ten years.

“We have an average download and upload speed of 22 megabits per second.Tech businesses no longer need to establish offices and relocate staff members to Dubai or London to oversee their operations in Africa,” Zanzibar’s minister of investment and economic development, Mudrick Soraga, said.

“We are offering an open and enabling environment for all ICT businesses and their team members to be based in Zanzibar, “he added.

To expedite the issuance of work permits to qualified tech employees from across Africa and beyond who wish to relocate to Zanzibar, Fumba is slated to become the primary hub for Silicon Zanzibar.

The government provides financial benefits under the Free Economic Zone initiative to further entice digital companies, including a ten-year exemption from corporate income tax for startups like Wasoko.

Africa’s nascent digital sector is expanding thanks in large part to innovation. In reality, at least 1031 innovation centres were active throughout Africa as of October 2021, according to research by Briter Bridges and AfriLabs, and there is a strong desire to establish more.

These hubs include coworking spaces, incubators, and accelerators that promote the region’s transformational economic growth and development through entrepreneurship and innovation.

According to the Briter Bridges and AfriLabs study, Nigeria has the most densely populated ecosystem, with 164 operating hubs, 149 of which are domestic and 15 of which are foreign; Kenya and South Africa follow suit with 100 and 90 hubs each.

According to the survey, North Africa has rapidly expanded over the past five years, with over 200 hubs in Egypt, Tunisia, and Morocco.

Most of these organisations are located in each nation’s central economic districts, with Lagos having at least 54 hubs, Nairobi having 51, Tunis having 42, Cape Town having 39, Cairo having 39, and Accra having 26.

For instance, the NEAR Foundation, a Swiss non-profit organisation that manages the development and governance of the NEAR protocol, created a regional centre for blockchain innovation in Kenya back in May, Visa also established its first African Innovation Studio there in April.