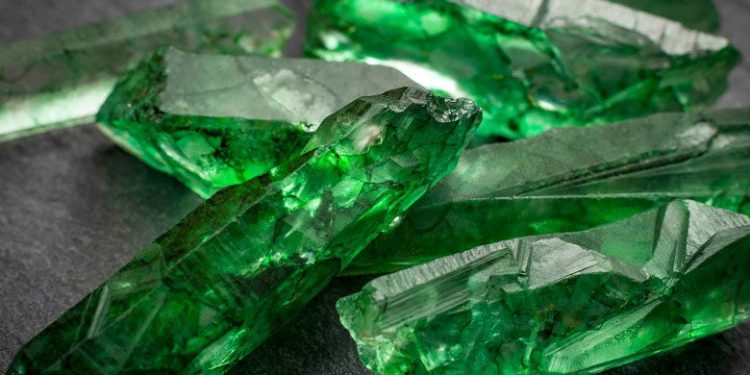 Gemstone mining company Gemfields said on Friday an auction of predominantly commercial quality rough emerald held in the Zambian capital Lusaka this week raised US$18.6 million in revenue - The Exchange

Gemfields said the stones were extracted by Kagem Mining

In a statement, Gemfields said the stones were extracted by Kagem Mining, in which it has a 75 percent stake while the Industrial Development Corporation of Zambia owns 25 percent.

“The proceeds of this auction will be fully repatriated to Kagem in Zambia, with all royalties due to the government of … Zambia being paid on the full sales prices achieved at the auction,” the company said.

The auction saw 34 companies placing bids, with 37 percent of the offered carats being sold.

Gemfields’ 33 auctions of emeralds and beryl mined at Kagem since July 2009 have generated US$608 million in total revenue.

Its managing director for product and sales Adrian Banks said the green shoots of recovery in the emerald sector first observed at its May auction in Singapore had continued to grow in Lusaka.

“The Indian market, which is particularly important when it comes to commercial quality emeralds and which has been navigating challenging conditions for some time, appears to have turned the corner and we hope will continue to go from strength to strength,” Banks said.

Given the company’s long-term vision and loyalty to the true value of Zambian emeralds, Gemfields said it had elected to retain auction lots that it believed commanded higher prices than those presently offered by the market.

It bemoaned Zambia’s export duty imposed on emeralds, saying that when combined with a pre-existing six percent mineral royalty tax, exporters must now pay an effective 21 percent turnover tax on their revenue.

“The financial impact is being acutely felt by incumbent producers like Kagem, severely inhibiting money available for capital investment in growth and handing the tactical advantage to other emeralds- producing countries like Brazil and Colombia, neither of which have any export duty on emeralds,” said Gemfields.

“We continue to liaise with the key government departments in seeking a resolution and remain hopeful that a solution will be found.”

Gemfields is the operator and 75 percent owner of both the Kagem mine, believed to be the world’s single largest producing emerald mine, and the Montepuez ruby mine in Mozambique, one of the most significant recently discovered ruby deposits in the world.