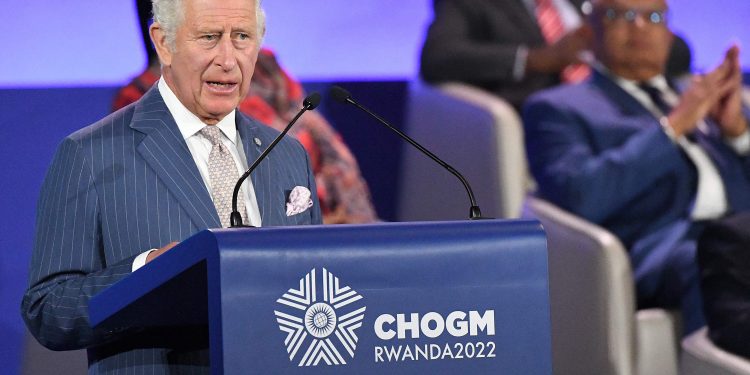 Britain's Prince Charles, Prince of Wales, speaks on June 24, 2022,during the opening ceremony of the Commonwealth Heads of Government Meeting at Kigali Convention Centre in Rwanda [Photo/SIMON MAINA/AFP via Getty Images]

A deliberate plan for increasing economic cooperation around mutual self-interest concerns is necessary, and the UK must move soon to partner with Africa

The United Kingdom (UK) has played a key role in participating in commercial investments in Africa in major production areas with varying results.

The African Union’s Agenda 2063 aims to ensure African countries’ transition from natural resource-based economies to advanced industrial economies. African policymakers and the donor community are highly aware that social and human development objectives will be difficult to attain without economic growth and unsustainable.

Africa’s policies aim to transform the continent’s economy, modernise national economies, and diversify trade and production patterns. There is a renewed continental agreement on working together to achieve these vital goals, with AfCFT as the primary driving factor.

However, the economic change would not be possible if Africa lacks enterprises capable of producing competitive services and goods. The ability refers to raising investment numbers and enhancing investment productivity. Enhancement means improving management techniques, obtaining knowledge, and establishing a productive and competitive business community.

It necessitates developing and enhancing current businesses and establishing new ones capable of supplying the world and providing critical support products and services. Increased private investment in Africa and trade remain vital pillars around which the economic development plan must stand.

In this regard, the participation of development partners is particularly beneficial.

The United Kingdom (UK) has played a crucial role in assisting and is actively participating in commercial investments in Africa in major production areas with development results, such as energy production and, more recently, the banking sector.

However, this task necessitates a broader and deeper engagement of the UK corporate sector. Africa has successfully used its natural resources, attracting investment from the United Kingdom in the extractives industry.

Capabilities and knowledge in a wide variety of disciplines are required. In one sense, it is vital to establish competitive and efficient businesses capable of producing goods and services for export. Another requirement is for enterprises that can supply critical services and inputs to the African industry. The aim here is to repeat the success of attracting investment in the extractives industry in other vital areas, making Africa an equal economic partner to the UK.

UK firms can be found in many African nations. However, the issue of economic change necessitates a significant evolution in their activities.

While the UK government encourages investment in Africa through various programmes, the most critical parts relate to resolving the hurdles and constraints that impede investment development.

UK corporations play a significant role in the economic growth of African countries. Nevertheless, investors will frequently lean towards investing and expanding existing enterprises only if the variables that explain profitability are in place. Globally, governments compete for investment all the time. Therefore, African countries must demonstrate that they can provide better prospects. In return, foreign investors have to prove that their investments will benefit the host nations and communities, not just repatriating wealth from Africa.

African countries must grasp what investors seek to expand their activities. Several impediments and restraints must be overcome to grow and develop investments. Some are horizontal, influencing a wide range of economic sectors and are often related to how simple it is to conduct business in the country.

These prevalent challenges include the business climate, taxes, corruption, and infrastructure quality. There are also sector-specific challenges that may impact the growth of particular activities; these need serious attention if fundamental change and activity diversification must remain achievable.

In contrast, there is a need to emphasise and promote investment prospects. Africa must find the areas where it can stand out from the pack in an incredibly complicated prospective portfolio of investments. These might be horizontal, such as population increase, or specialised sectors where investors can gain from agglomeration economies and clusters.

African nations must also identify the essential characteristics that investors possess to match opportunities to invest and capitalise on investors’ competitive advantage. These synergies may be leveraged in a win-win strategy. 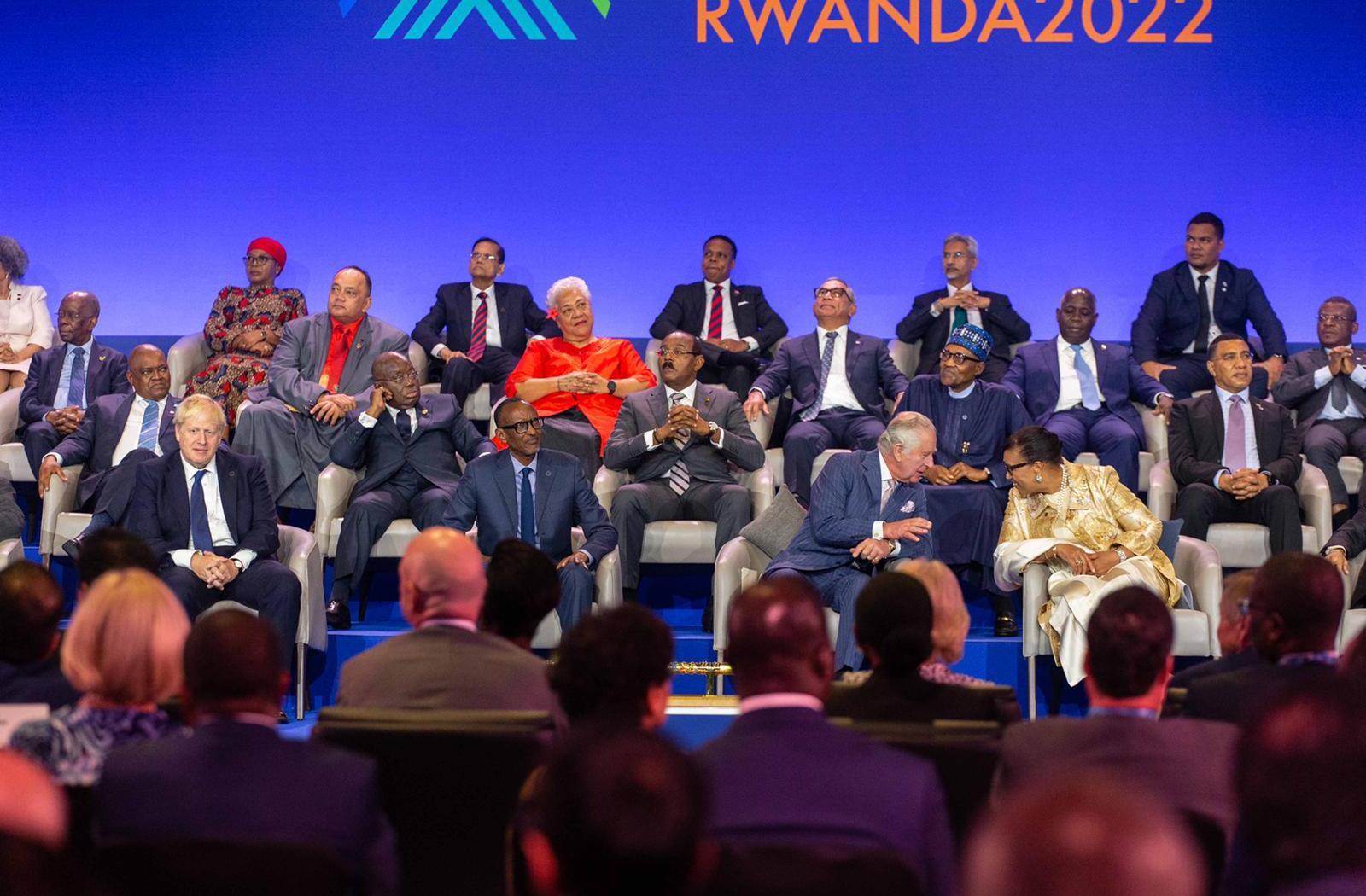 Despite the discussion of a British ‘tilt’ towards the Indo-Pacific, the UK still has to give assurance by evaluating its pledges to actively collaborate with partners across Africa. Now is the time for the UK to place Africa at the centre of its international policy.

Before the Covid-19 pandemic, Africa had five of the fastest-growing economies globally. By the end of the 21st century, the continent may easily be the most populated continent globally. Sub-Saharan Africa experiencing the most significant expansion. Regional giants like Nigeria will undoubtedly become global economic heavyweights, and there is no question that Nigerian accomplishments in art and music will replicate in business, technology, and infrastructure. Many African countries are in the same boat.

A wealthier Africa benefits Britain, yet Africa contributes to just 2.5 per cent of UK commerce. South Africa and Nigeria, the continent’s two largest economies, account for 60% of UK-Africa trade. Africa’s investments are significantly behind those of France and the United States. Where Britain has been inert, other less democratic powers have stepped in.

With the lure of easy-access finance for crucial infrastructure, China has relentlessly utilised its Belt and Road strategy to build influence across Africa. Turkey and the Gulf nations have also generated significant investment and trade possibilities in Africa.

The UK may not be able to compete with China’s Belt and Road Initiative. However, it may borrow from China’s strategy of combining economics and diplomacy to form win-win partnerships in Africa.

The UK must now grasp the opportunity. The Commonwealth Heads of Government Meeting (CHOGM) brought leaders from 56 independent and equal countries to Kigali in June. The meeting was a significant step forward. The post-Covid-19 economic resurgence could energise the UK even more as African economies set to rebound rapidly.

The United Kingdom and Africa have long had cultural and historical links. However, the recent history of UK-Africa ties demonstrates that neither latent cultural affinity nor security alliances are sufficient to drive stronger trade connections.

A deliberate plan for increasing economic cooperation around mutual self-interest concerns is necessary.  Therefore, the UK must move soon to partner with Africa.

Read: How cash transfers are proving more effective than traditional aid in Africa 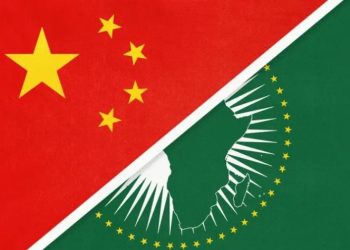