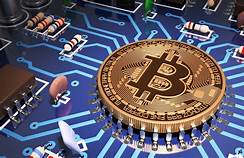 Are cryptocurrencies being used for terrorism or other illicit activities? 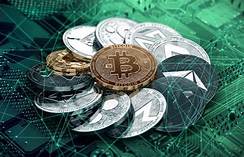 The development comes after the Central Bank issued a warning back in January cautioning against the use of cryptocurrency.

Cryptocurrencies are volatile and risky since unlike in regular banking transactions, these are transactions that are irreversible. Further still, transactions are anonymous so you do not know who you are dealing with and also, there are no regulators for cryptocurrency dealings, it is all just you and a host of other people that you do not know trading online, to call it risky is but an understatement.

As on Nigerian writer put it “…for all you know, at the end of the transaction, you may be doing business with a fraudster, child molester or terrorist.”

However, supporters of cryptocurrencies like the Bank for International Settlements which is actually the organisation that coordinates policy frameworks for all central banks across the world has proposed a structure for monetary authorities to develop central bank digital currencies.

Supporting the proposal is the American Federal Reserve, the Bank of England and the European Central Bank.  What is been proposed here is for central banks to develop their own digital currencies. And well ahead of the park is the Swedish central bank, which is already well underway is coming up with its very own digital currency, the e-krona.

However, it is advised that these digital currencies serve only as a compliment but not a substitute for money as we know it, or legal tender currencies.

On one hand, cryptocurrencies are lauded as ultra-secure but the US authorities are wary of the transactions citing possible funding of various illegal operations, including terrorism, drug trade, and the distribution of child pornography.

Last year, the Trump administration said it had dismantled digital campaigns by al-Qaeda and other terrorist groups that used social media to obtain cryptocurrency for carrying out terrorist attacks.

It is no wonder that Nigeria has taken such a hard stance on cryptocurrency trade in the country.  Just to give you a picture of the kind of money we are talking about, the U.S. said it had seized about $2 million and more than 300 cryptocurrency accounts used by al-Qaeda and ISIS. It described the seizure as ‘the government’s largest-ever seizure of cryptocurrency in the terrorism context.’

The US Financial Crimes Enforcement Network (FinCEN) also fined $60 million a company that deals with cryptocurrencies for failing “to collect and verify customer names, addresses, and other identifiers on over 1.2 million transactions.”

Those transactions, it said, were used to fund criminal activities like illegal narcotics, fraud. Other illicit trade funded by cryptocurrencies include counterfeiting, and child exploitation as well as neo-Nazi and other white supremacist groups.

This is in the states, do African countries have the technological power to track illegal use of cryptocurrencies? Is it possible, as the Nigerian government as said, that cryptocurrency companies and individuals in Africa maybe linked to terror groups and other illegal dealings.

How Forex Trading Is Going To Be Affected By Cryptocurrency

Your Guide to cryptocurrencies

Not to worry, by the end of this paragraph you will know the basics of this new money, yes it is money.

However unlike the coins and notes and shall we also throw in the plastic credit and debit cards, a cryptocurrency is a digital or virtual currency.

Cryptocurrencies are not issued by any central authority, that is, they are absolutely decentralized. What this means is that, a Cryptocurrency cannot be controlled or manipulated by any government.

Cryptocurrencies operate through what is called blockchain technology which is ‘a distributed ledger enforced by a disparate network of computers.’ A better description of blockchain is given by Forbes as ‘…an open, distributed ledger that records transactions in code. In practice, it’s a little like a checkbook that’s distributed across countless computers around the world. Transactions are recorded in “blocks” that are then linked together on a “chain” of previous cryptocurrency transactions.’

The CEO and co-founder of Quidax, an African cryptocurrency exchange platform Mr. Buchi Okoro describe blockchains as follows, “Imagine a book where you write down everything you spend money on each day. Each page is similar to a block, and the entire book, a group of pages, is a blockchain.”

Cryptocurrencies can be used to buy regular goods and services but at the moment, many people invest in cryptocurrencies for future gains just like you would in stocks.

Why Bank of Tanzania is worried about cryptocurrencies

The real impact of free trade in Africa