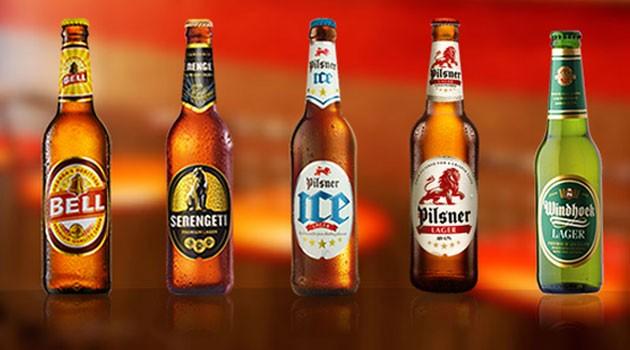 by Wanjiku Njugunah
in Africa, Business, Industry and Trade, Uganda
0
Share on FacebookShare on LinkedIn

The last year has been tough on the hospitality industry around the world, with no exemption to Africa and in specific East Africa, following the emergence of the coronavirus pandemic.

In April this year, bars and restaurants in Kenya reported that they were operating at 30 per cent capacity, owing to the control measures the government had implemented.

Through their umbrella body, the industry even pleaded with the government to review the measures, saying they were having a devastating impact across the hospitality industry in the country.

“The hospitality sector is among the sectors that is experiencing the highest Covid-19 protocols, yet there is no evidence that the current high infectious rate the country is experiencing is attributed to this industry,” Francis Mbogo, the chairman of the Pubs, Entertainment and Restaurants Association of Kenya (PERAK) Nairobi Chapter, said.

“As an industry, we are not the spreaders. We urge that the President listens to our appeal as our employees, who live hand-to-mouth, need to get back to work and continuing earning their living so they can afford rent, food and school fees,” he continued.

In March, workers in the hospitality industry had taken to the streets of Nairobi to protest COVID-19 containment measures that were forcing them out of work.

That month’s containment measures included the closure of bars, eateries and entertainment joints, with most establishments having resulted to sending their employees home.

COVID has not been the only thorn in the industry’s issue.

In November last year, beer distributors in the East Africa nation asked the Kenya Revenue Authority and the National Treasury to reconsider a proposal to increase tax on alcoholic beverages.

They said the increase would worsen the situation for the alcoholic beverages sector, which was already suffering a slump because of the restrictions on social gatherings imposed to limit the spread of Covid-19.

“We are concerned that the sector will face difficulties getting back on its feet if the increased taxes kick in at the same time,” Maina Gikonyo, a beer distributor told the press at the time.

The beer distributors said more than 100,000 jobs in the sector have been lost, close to 400,000 livelihoods negatively affected and that the entire alcoholic beverages industry value chain had lost more than Sh38 billion in five months.

“Already, about 13,500 outlets of the bars that were operating before Covid-19 will not be reopening as they constitute the businesses that have collapsed due to the general effect on businesses brought on by the pandemic and the measures to limit its spread,” said Esther Muthoni, another distributor.

Despite all these challenges, East African Breweries Limited (EABL) Friday recorded a 15 per cent growth in revenue to Sh86 billion for the year ended June 2021.

According to the brewer, profit after tax for the period declined 1 per cent to Sh7 billion mainly impacted by cost inflation, tax and foreign exchange impact.

Further, the COVID-19 related tax reliefs in Kenya on corporation tax and VAT ended in December 2020, resulting in higher tax charges for the year as the rates reverted back to pre-COVID levels.

The company said the slower profit growth rate was driven by the impact of cost inflation, adverse foreign exchange and tax charges.

During the period under review, EABL’s Kenyan subsidiary Kenya Breweries Limited (KBL) registered 10 per cent year on year revenue growth, with the second half-year growing 45 per cent off-setting a 10 per cent decline in first half-year.

According to the company, performance in Kenya was driven by expanding and adapting the product portfolio to meet emerging channels and new consumer occasions while continuing to invest ahead on our strategic brands.

On the other hand, the Uganda Breweries Limited (UBL) revenues grew 33 per cent year on year, with beer and spirits both recording double-digit growth.

According to the brewer, growth was driven by the business’ agility in response to the changing consumer shifts and emerging channels.

The business also invested in capacity expansion to support sales growth in line with EABL’s strategy.
Meanwhile, Serengeti Breweries Limited (SBL) revenues were up 15 per cent, with beer and spirits both registering double-digit growth.

The company said it sustained strong growth through investment behind the brands and capacity expansion for both beer and local spirits production.

EABL Group Managing Director and CEO, Jane Karuku, said throughout the financial year, the pandemic continued to impact the business negatively across East Africa due to the restrictions in Kenya and Uganda and the general decline in disposable incomes in the region.

“We responded to the new realities by continuing to invest behind the brands, expanding capacity and sustaining productivity initiatives to manage our cost base to ensure we emerge stronger.”

Why tourism is unlikely to recover in 2021: UNWTO