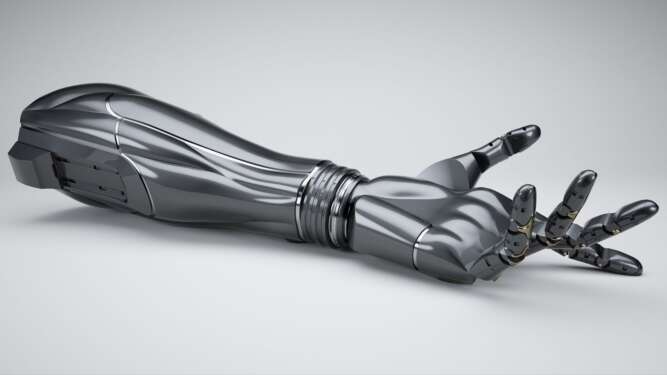 Tanzania's Dr. Atish Shah is recognized as one of the recipients of the Africa Prize for Engineering Innovation

by Giza Mdoe
in Africa, Tech & Business
0
Share on FacebookShare on LinkedIn

Innovation is ferrying Africa to a brighter more successful future, a future of technology and digital realities in everyday life. From mobile Apps that allow John in the city centre to Dr. Atish Shah’s affordable battery-powered prosthetic arm that even the least fortunate can afford, innovation is defining Africa’s reality.

Tanzania’s Dr. Atish Shah has been recognized the World over for his innovation the Mkono-1, a 3D-printed functional prosthetic hand. Dr. Shah a biomedical engineering Masters candidate says the design was made with the average Tanzanian in mind. It is affordable and functional giving amputees an inexpensive solution for improved mobility and independence.

The prosthetic hand is charged by a simple mobile phone battery, bringing a revolution to an otherwise very expensive industry. In Tanzania, prosthetics are unaffordable for those in middle and low-income communities, and no other battery-powered prosthetics are being developed in the region.

Across Africa, as little as 17% of people with amputations can afford prosthetics or rehabilitative devices.

Mkono-1 is the first locally designed and manufactured myoelectric hand in Tanzania. The technology amplifies the electrical impulses of the amputated limb’s muscle tissue, and these signals are processed to allow the user to move the hand.

Shah and his team at RoverLabs are passionate about helping amputees regain access to economic opportunities, as well as the confidence and independence that come with improved mobility.

Mkono-1 is manufactured using high-performance servomotors to mimic the movement of each finger, and multifilament braided high-tension strings to function as tendons. The microcontroller is the heart of the circuit. Mkono-1 is battery-powered and can be recharged with a mobile phone charger. It requires minimal maintenance, and spare parts are readily available.

The RoverLabs team has tested three prototypes and continues to improve their design. Current development includes incorporating artificial intelligence and machine learning algorithms, which will improve response time, giving users quicker reflexes. They are also looking to expand their market in East Africa and move into Central Africa, where up to 96 of every 1,000 people have an amputated limb.

“We found that the communities most likely to suffer major injuries like amputations are often those who can least afford prosthetics. Mkono-1 is our first step in providing more affordable options to people with mobility challenges, and we hope it will significantly change our customers’ lives.”

There you have it, innovation is the word now let’s move from the ingenious prosthetic to a multibillion African mobile money innovation that has Bill Gates in awe.

Ever heard of Branch International? If you haven’t, you will be impressed to learn that it is an African mobile lending app that recently raised USD170 million, one of the largest funding rounds achieved by an Africa-focused start-up.

Generally speaking, African tech start-ups received more than $560 million of investment in 2017 alone. At this point, I would like to quote the writer Phil Mc Kinney in his article “Innovation in Africa: Challenges and Opportunities.”

There are well over 400 tech hubs mushrooming all across the continent, from West Africa in Lagos, Nigeria, to East Africa in Nairobi, Kenya all the way to South Africa in Cape Town South Africa, Africa’s innovations are taking the international stage by storm.

There are thousands upon thousands of tech startups, these are backed by incubator and accelerator programs as well as technology parks for display, marketing, and exchange of ideas, by all measures, Africa is no longer a dark continent nor a sleeping giant, it’s the future of technology, from where it will be created and to where it will be deployed.

However, at the moment, the challenge remains that there are gaps between cities and cities. In between are rural areas that are less connected.

Some critics argue that: “…these initiatives are largely being driven at a city or enterprise level, rather than an integrated national level, to Africa’s detriment overall.”

The World Economic Forum’s 2018 ‘Readiness for the Future of Production’ it was noted that ‘…of the 25 African countries assessed, 22 were classified as having a low level of readiness for the future, due to lack of the necessary enabling conditions.’

All in all, there is no doubt that innovation is here, and it is the future of Africa. Job creation is no longer about a newspaper Ad but in the very hands of creative African youth.

“Currently, a lot of that job creation looks like the creation of microenterprises, small businesses that employ just one or two people. We need more. And the way to create more is through innovation. Innovation is absolutely key to African stability and growth in the coming decades. – Makhtar Diop, World Bank’s Vice President for Africa