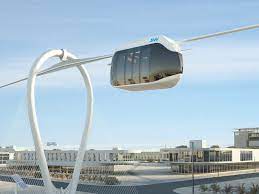 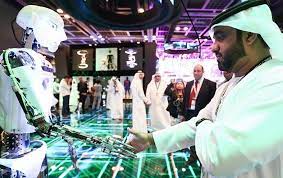 Long gone are the days you hear of Africa and envision mud huts and malnourished babies.  Well, maybe long-gone is an over-statement because these unfathomable pasts are buried in very shallow time graves and ever threatening to re-emerge and haunt the continent again.

It is for this very reason that Africa, and its trade and development partners must harness the continent’s technology potential and put innovation at the forefront of every nation’s development agenda.

Why? For Africa, it is how the continent will keep those shallow graves buried and build a bright, healthy future and for the world—well, Africa is the market of the future. Just to bring this market into perspective – as of January 2021, in the heat of the global pandemic, African tech business enterprises have raised US$940 million, making the continent the strongest market for technology worldwide.

Impressive, right? While many on the continent may still have a long way to go to improve their grammar, when it comes to technology absorption and innovation, Africa is indeed moving at cheetah’s pace.

It is for this reason that the next sci-fi blockbuster should feature the Olduvai Gorge as the world’s top tech hub. Sounds far-fetched? The UAE doesn’t think so? Here is why.  At the UAE’s grand annual tech gala, the 40th GITEX Technology Week at the Dubai World Trade Centre Africa was well-represented, particularly by West African nations.

The event featured presentations by some of the world’s technology giants including Microsoft, Dell Technologies, Etisalat, Lenovo, IBM and Huawei. If that list does not represent faith in Africa’s tech potential then the Olduvai Gorge will remain a void valley of bones (and not for heritage purposes either!).

The UAE has actively proven its commitment and optimism in Africa through continued growing investment and more so in technological development.  As of 2016, the UAE became the second largest investor in Africa, with support for a wide variety of projects including infrastructure, medicine, education and technology.

Digital Africa: Investing In The Future

African countries harbour the huge potential for innovation and entrepreneurship and in this realization, in just the past few years, the UAE has attained the status of the second-largest investor in Africa, second only to China.

Consider this: 12,000 African companies are registered in Dubai and given the fact that more than 140 Fortune 500 companies also have their headquarters in Dubai, the bridge between the mud hut Africa and the tech hub Africa is stabilizing and becoming a reality, almost as fast as it took for this page to load on your device.

Granted, networks on the continent remain slow and unreliable but this is also the opportunity that the UAE government and private investors must tap into.

“During the past year, I have spent most of my time between Dubai and Africa. During that time, I was amazed by the interwoven collaborations between the regions and the enormous potential of those relationships,” Yariv Cohen writes for the New Times publication.

The founder of Ignite Power, a solar power firm in Rwanda, is of the view that ‘building a solid and viable bridge between Africa and the UAE can provide African governments with a much-needed element in order to build innovation ecosystems, and lead the entire continent to a more advanced future.’

The UAE has formed what it calls the Consortium for Africa, through which the UAE has invested US$500 million to fund what is being described as a ‘turbo charged and connected new Africa’.

The fact that Dubai Chamber found it worth investing in this venture is a clear sign of the potential Africa holds and more so in the technology arena. It must be understood here that technology in Africa serves to speed up sustainable development of the continent as well as to provide both market and tech savvy labour for the world.

As the creators of the site put it, “The platform represents a major plank in Dubai and the UAE’s drive to step up business relationships with Africa harvesting business data about Africa.”

Harvard Business Review explains that Africa is home to some of the youngest populations in the world and as such, it promises to be a major consumption market over the next three decades.

That being the case: “An emerging digital ecosystem is particularly crucial as multiplier of that growth, because access to smart phones and other devices enhances consumer information, networking, job-creating resources, and even financial inclusion,” writes Bhaskar Chakravorti and Ravi Shankar Chaturvedi in a piece titled ‘Research: How Technology Could Promote Growth in 6 African Countries.’

In the research, it was seen that the current ongoing exponential uptake of mobile phone usage in Africa is actually building the foundation for overall technological development of the continent.

To emphasize its commitment to this vision of a technical and digitized Africa, the UAE Minister for International Cooperation Her Excellency Reem Al Hashimy, describes the Consortium as a long-term builder of human capital with focus on digitisation and youth, considered the key users and innovators of technology on the continent.

In her words, “…the focus on digitisation and youth would ensure that “our young and talented populations are not overwhelmed by, but embrace, the opportunities of the future.”

Her Excellency, the first UAE Minister to address the African Union Executive Council, reassured stakeholders that the UAE is not merely issuing donations or concessionary loans, rather “…the UAE understands that real value lies in the long-term building of human capital. And we are committed to helping deliver the apparatus in which start-ups can thrive, entrepreneurs can lead, and young people can look forward with optimism to a future that is firmly in their control.”

Investing in Africa’s technology means that outsourcing for tech companies can be done affordably in Africa. Increased uptake of digital economies opens up new tech markets for the world’s tech giants and for governance it means more transparency and improved global security. A digital Africa equals a better world.