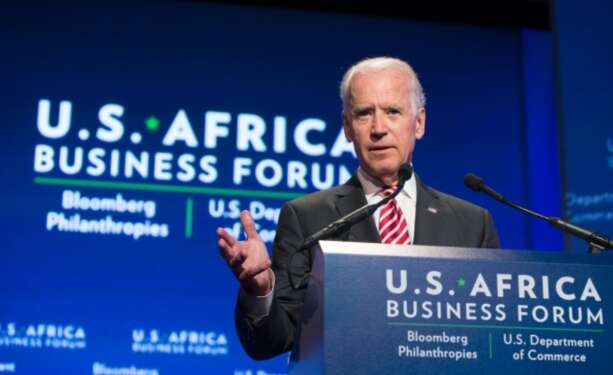 Why President Elect Joe Biden will be beneficial for Africa is due to his support for development globally. 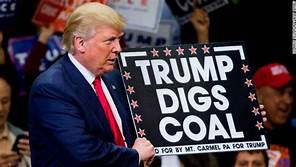 Africa is suffering the worst from the effects of global warming. The continent is the least prepared to respond to adverse weather changes brought about by global warming.

The devastating effects range from unpredictable weather that is causing floods and famine across the continent. The economic impact for agriculture dependent Africa is huge. This is why Joe Biden’s win is very important for Africa.

Biden is clearly for action against global warming the least of which not been his outright statement that his administration will bring America back into the Paris Climate Deal. The Paris Agreement is a direct response to climate change in which countries from around the world have agreed to cut down their green house gas emissions to check global warming.

The US was part of the deal, that is until Donald Trump came into the picture and pulled the US out of the deal.

If Trump stayed in office, Africa would keep getting the short hand of the stick when it comes to the effects of global warming. Africa is not at all industrialised when compared to the big power houses like the US, the UK and China, yet it suffers the effects of global warming and none or very little benefit of large industrial production; if anything it only serves as the market for those industries.

Already the effects of global warming are causing havoc on the continent’s ability to produce food for itself, let alone for export. An American government that supports green economies will go along way to solve Africa’s food security issues, create jobs and mechanize agriculture using clean energy.

The US, under Donald Trump became the first country to ever withdraw from an international climate change pact.

In fact the former president, is largely coined as a ‘hater of science’ and a champion of fossil fuel.

Under Trump, America moved further climate change issues with the former president out rightly questioning the science behind climate change to begin with.

Luckily, even though the move out of the Paris agreement isolates the United States but since it only came to effect recently, it has no immediate impact on ongoing international efforts to curb global warming particularly by checking greenhouse gas emissions.

Biden, is now expected to bring the US back on track with the rest on the world in fighting the devastating effects of global warming.

President elect Biden is expected to live up to his promise and to bring the US back into the Paris climate agreement.

The move will help create jobs in the green economy that will ensure. Also diplomatically speaking, the rest of the world would follow the US towards use of cleaner energy sources should America lead the way; and Biden wants just that.

“(We will) use every tool of American foreign policy to push the rest of the world to raise their ambitions alongside with the United States…” And to … “pursue strong measures to stop other countries from cheating on their climate commitments.”

Already the president elect is living up to his other campaign promises like prioritizing response to COVID-19.

Biden announced today a team of 13 scientists that make p his Covid-19 advisory board. The choice of an all scientist body is considered symbolic in that Biden will work with sector experts unlike the Trump administration.

“Dealing with the coronavirus pandemic is one of the most important battles our administration will face, and I will be informed by science and by experts,” Biden said in a media statement.

The good news is that power output from coal plants around the world is down by 8.3 per cent according to Ember, a think tank of scientists.

Reportedly, overall electricity demand is down 3 per cent due to border closing and business lockdowns due to the coronavirus.

However, according to the scientists, ‘despite the drop, coal plants still produced 33 per cent of the world’s electricity during the period.’

This is why the  Paris climate deal is so crucial because “…to limit climate change to 1.5 degrees, coal generation needs to fall by 13 per cent every year this decade,” Ember senior analyst Dave Jones said.

This is also why the Biden green economy plan is also so important, not only will it help produce clean energy, it will also create jobs.

Consider “Europe and the UK saw the largest contributions from wind and solar, at 21 per cent and 33 per cent respectively during the first half of the year, with China at 10 per cent and the United States at 12 per cent, the report said.

Worth noting here is the fact that countries like China are still largely dependent on coal and are producing massive amounts of greenhouse gases.

The Ember report says “…Coal power generation in the US and Europe fell by 31 per cent and 32 per cent respectively while coal power in China was down just 2 per cent.”