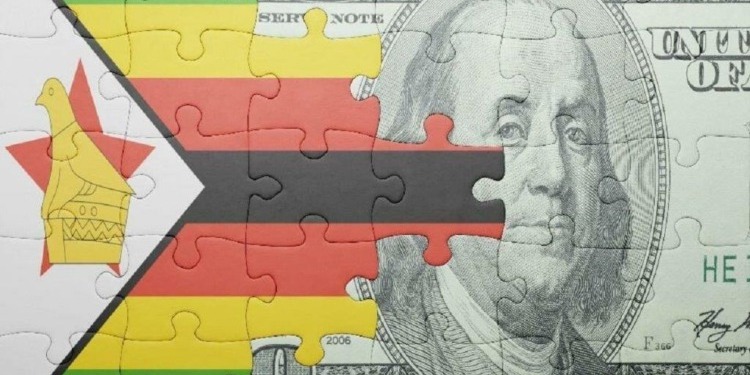 To dollarize or not? Zimbabwe’s monetary headache

Excess liquidity in an economy can lead to speculative behaviour by players and is often characterized by increasing asset prices leading to bubbles.

by Laurence Sithole
in Banking
0
Share on FacebookShare on LinkedIn

This question has robbed monetary authorities of sleep as the Zimbabwe dollar falls precipitously on the parallel market.

Zimbabwe did not have a parallel market for foreign exchange in the years running from 2009 to around 2016.

It all began with the introduction of a surrogate currency that was fallaciously pegged at par with the United States dollar. The authorities initially posited that the surrogate currency was supported by a loan facility extended by the Africa Export-Import Bank (Afrexim Bank).

This loan it was said underscored the parity of the currency. It did not take long after this development that the black market emerged for foreign currency after a near 7-year hiatus. Fast forward to 2019 and the government decided to ban the basket of currencies it had adopted for the settlement of local transactions in favour of the new local currency termed the RTGS$ or ZWL$.

So great is this market’s influence that it has undermined government’s efforts to stabilize the economy and the central bank had to convene a meeting with bankers, government and the business community to “thrash out” what local tabloids call it an agreement and way forward in dealing with the parallel market for foreign currency.

What is the big deal with the parallel market anyway?

For starters, Zimbabwe is a country that is heavily reliant on imported products for just about everything it consumes and processes. This over-reliance on imports implies that the country expends more foreign currency than it can afford for its day-to-day needs. The country has also experienced stubborn shortages in foreign exchange since the late 1980s.

This phenomenon resulted in inflationary pressures on the economy as households and firms wishing to protect their savings and/or restock their businesses would index their goods and services in foreign currency.

It is commonplace for individuals who earn their remuneration in local currency to immediately convert their earnings into foreign currency to hedge against inflation. This demand pressure has contributed to the fall of the Zimbabwe dollar and the resulting general inflation.

Therefore, any drastic movement in the parallel market exchange rate attracts the attention of the highest offices in government. In addition to introducing the Dutch auction system for the allocation of foreign currency, the government reintroduced the use of what it described as free funds which effectively is the use of US dollars for the settlement of transactions.

US dollar circulation has increased since then and it is fast eclipsing the local currency as households and firms have demonstrated a strong preference for holding and transacting it over the local currency much to the irritation of the monetary authorities. 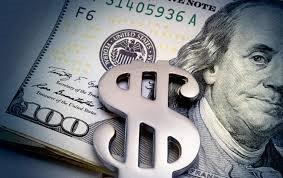 The greenback is king…!

The RBZ has recently issued a statement after meeting with representatives from the government, business and the banking sector where there was general consensus among participants that macroeconomic stability was in everyone’s interest.

Perhaps most importantly there was consensus that there are certain fundamentals obtaining on the ground that would point to economic stability, yet the parallel market rate has kept spiralling from ZWL$130 a few weeks ago to ZWL$180 recently with market pundits expecting it to reach ZWL$200 in the not-too-distant future. These are the rates on the market where hard currency is easily accessible and where retailers and informal traders obtain the precious commodity to restock their stores.

On the official market, the greenback trades anywhere between ZWL$86 and ZWL$89.

The disadvantage with the formal market is that obtaining foreign exchange through the auction involves a lot of friction in terms of submission of bids on a weekly basis and then being awarded the foreign exchange and eventually having your payment made.

This “friction” means that payments through the auction system are not instantaneous and can take anything between three days if you are fortunate to months in extreme cases. It is also a strong enough disincentive for households and firms to resort to accessing forex illegally.

The government, according to the central bank statement, affirmed its commitment to “continue supporting the foreign exchange auction as a dependable and transparent source of foreign currency in the country.”

The central bank itself undertook to pursue several economically sound policies given the circumstances like reducing money supply which conventionally speaking is appropriate in an economy awash with liquidity.

Excess liquidity in an economy can lead to speculative behaviour by players and is often characterized by increasing asset prices leading to bubbles. This is a possible explanation for the policy stance taken by the apex bank.

The RBZ also undertook to develop what it describes as, “implementation of special attractive money market instruments including exchange rate linked instruments as an alternative investment avenue for local currency to the holding of USD.”

These instruments will most likely be used to reduce the liquidity that is in the market and by extension reduce the amount of Zimbabwe dollars chasing US dollars.

Again, the reasoning here is to stop or limit the amount of credit that commercial banks can create by borrowers who seek to purchase foreign exchange from the parallel market whose appetite for US dollars is driving up the rate for the greenback.

Other commitments made by the central bank were to continuously refine the auction system to make it more efficient in terms of price discovery for the hard currency and to deal with the backlog in the auction system which was last reported to be in the region of approximately US$200 million.

The organized body representing the commercial banking sector according to the statement was said to be present in the meeting and agreed to assure among other things the authenticity of bids submitted to the auction indicating that foreign exchange auction is susceptible and vulnerable to abuse.

The banking sector lobby group also agreed and committed to carrying out directives to freeze the accounts of those found to be using banking facilities to participate in the illegal foreign currency market.

Among the other business lobby groups represented during this meeting was the Retailers Association which requested that the government take decisive action against parallel market foreign exchange dealers which are described perhaps bizarrely as, “the menace of foreign currency traders milling outside and around shops and trading areas… identifying and bringing to book funders of foreign currency traders; and dealing with informal traders operating without licenses and sometimes outside legal or policy parameters.”

These are some of the interactions the retail sector had during the meeting; others included guarding against abuse of auction allotments, exchange rate manipulation and granting of reasonable discounts. The manufacturing and industrial sector pledged generally to maintain responsible pricing and the government, in turn, pledged to support the industrial sector by “levelling the playing field to ensure that exporters obtain a fair value of their export earnings.”

On the face of it, there is nothing askance about business and government interacting and collaborating on matters of common interest and national importance. Having that kind of space in a country inspires and fosters confidence because it is invaluable to have the ear of government with areas that are problematic in the economic landscape.

Nothing is wrong with this. However, great care must be taken by the authorities to manage the extent of their interventions in private business as this can become counterproductive. The worst case of state intervention in the private sector was seen in Zimbabwe in 2007 where the government directed businesses to resort to the June 27, 2007 prices with the intent to manage inflation.

No sooner had this happened than goods disappeared from shelves and the welfare of citizens declined substantially.

What is clear from this statement from the RBZ is that a widespread crackdown on participants in the parallel market for hard currency is imminent. In the weeks prior to this report, the RBZ had published the names of individuals alleged to be driving the parallel market and some directors of microfinance companies have even been arrested for dealing illegally in foreign exchange. Business in the formal sector is organizing against the illegal foreign currency market.

The parallel market has indeed played a part in destabilizing and undermining economic progress for the reasons mentioned earlier and must be eradicated.  However, in doing so government must ensure that there is a steady and efficient mechanism for the allocation of foreign exchange because any weaknesses in the auction system only serve to strengthen the parallel market. One of the ways the government can do away with the parallel market would be to adopt full-scale dollarization which would render this market redundant.

The developments around this story are ongoing and more will be reported as they take place.