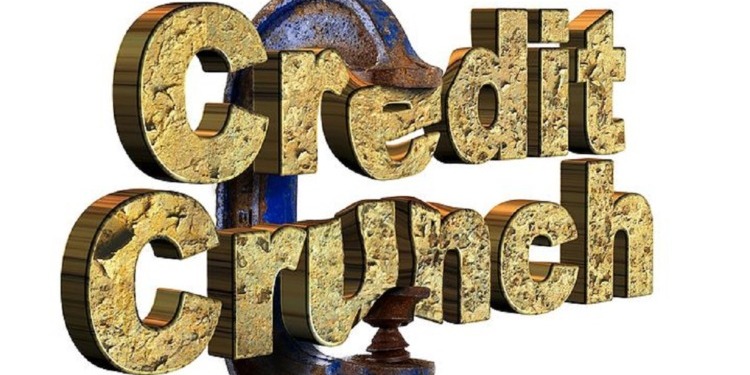 Zimbabwean banks sitting on billions in hard currency but they are wary of lending it.[Photo/Newealth]

by Laurence Sithole
in Banking
0
Share on FacebookShare on LinkedIn

It is always detrimental to the wider economy whenever banks are nervous.

Banks are critical to the normal functioning of an economy through the provision of credit among other financial intermediation activities. Zimbabwe’s monetary and fiscal authorities in their midterm budget and performance review made the disclosure that the nation was sitting on at least $1.7 billion US-denominated foreign currency accounts.

This amount it said represents at least half of the deposits held by the banks, yet the banking sector did not seem to be lending any of this money. This stance prompted the central bank to provide some assurances to the reluctant banking sector to encourage them to lend. One of the state media outlets, The Herald, put the matter this way:

“The Reserve Bank of Zimbabwe (RBZ) Governor Dr John Mangudya says the central bank is crafting measures to give banks comfort to lend to key productive sectors the US$1.7 billion lying idle in foreign currency accounts.”

Banking institutions have been unwilling to lend these funds over what the paper called “concerns about the ability of local firms to repay loans in hard currency”.

Zimbabwean banks do in fact have substantial amounts of foreign exchange deposits and have only recently begun to lend them to export-oriented clients who generate these funds in the first instance.

Treasury officials called this unwillingness to lend hard currency on a full scale an “incomplete market” reasoning that funds in an economy must circulate and should not be kept from what appears to be a large number of clients who are willing to borrow.

The discourse around the bank induced credit crunch in foreign exchange lending comes against a background of a foreign currency auction backlog. A year ago, the government instituted a Dutch auction system to allocate scarce foreign currency to companies.

It must also be understood that Zimbabwe has experienced persistent foreign currency shortages since the end of the multi-currency system and prior to that during the Zimbabwe dollar era pre-2009.

When the multi-currency regime ended with the formal reintroduction of the Zimbabwe dollar, the country which is heavily reliant on imports had no other means of obtaining foreign exchange other than the parallel market. The newly introduced Zimbabwe dollar depreciated rapidly and that set inflation raging. This prompted the monetary authorities to institute the foreign currency auction system that allocates funds weekly to companies that apply for the money through their bankers.

Treasury in the budget review stated that from inception to date the auction system had processed transactions and allocated foreign exchange to the tune of US$1.7 billion which is roughly the same as what the banks have as deposits on their books. The trouble now is that the auction is overwhelmed by demand from households and firms looking to acquire foreign exchange for their operations. The backlog is estimated by the authorities to be in the region of US$200 million.

Because the central bank has been allocating more foreign exchange than it has through the system, a backlog has emerged which has seen payments taking as long as two months whereas they should take no more than three days.

This has given rise to the question as to why the banking sector cannot plug the gap in the demand for foreign exchange in the auction system since they have the wherewithal given their substantial deposits by simply lending funds to those firms that need them. Unfortunately, the answer to this question is not as simple.

Banks are in the business of lending money. It is their speciality. There are not many institutions that can lend money and/or extend credit the way a bank can. Banks are, however, rational economic agents which simply means that they exist to maximize their utility. This is economists’ speak for saying that they make the most of pursuing their interests. A rational banking institution would never pass up the opportunity to earn fees and make money from foreign exchange lending where such an opportunity exists.

Zimbabwean banks not aggressively lending is, therefore, more than just a case of being wary of potential borrowers not being able to service their credit obligations. Banking institutions are specialists at credit screening and scrutiny, monitoring and evaluating to establish whether a potential borrower is good for the credit they seek and the likelihood that they will default.

Read: A Service Economy The Road To Transformation Of The Zimbabwean Economy

They are also experts at these things. So, if the banks are not lending or at least not keen to lend on the scale that the banking regulator and monetary authorities expect them to then that requires further inquiry into the underlying causes.

It is a question of confidence

Confidence is imperative in the banking sector and at the moment the banking public have little confidence in the safety of their funds in the bank given the litany of banks in Zimbabwe that have collapsed while attempts to make depositors of the failed banks whole were unsuccessful. This implies that the US$1.7 billion figure cited by the monetary authorities could be much higher if the depositing public had more confidence in the sector, but they do not. As a result, the amount of loanable funds which the banks could mobilize and lend comfortably is greatly reduced.

The banks themselves have little confidence in each other which is demonstrated by the absence of a real interbank lending market.

Perhaps most striking is the high degree of regulatory risk. Regulatory risk is one where a change in laws and regulations will materially impact a security, business, sector, or market. A change in laws or regulations made by the government or a regulatory body can increase the costs of operating a business, reduce the attractiveness of an investment, or change the competitive landscape in each business sector. In extreme cases, such changes can destroy a company’s business model.

This is the most truthful explanation there is for low rate of hard currency credit advances by the banks. It is not necessarily a case of credit risk because banking houses as stated earlier are adept at managing this type of risk. They will only lend to those borrowers who demonstrate that they will be able to not only service their obligations but also to repay all outstanding debts as agreed. Where a potential borrower desires credit facilities in foreign currency but their proposition and financial position cannot stand up to the requirements of the bank and where there is a strong likelihood of default in the future the banks will just not lend to such a prospect.

A historical perspective is in order. The government took the decision to reintroduce the Zimbabwe dollar in 2019 after a decade of using a basket of foreign currencies. The most prominent of the currencies was the US dollar. Prior to the reintroduction of the local currency banks had been extending all forms of credit to their clients denominated in US dollars and suddenly had to redenominate loan books into the new local currency. This development prejudiced not only the banks but also households and firms because redenominating the loan book was done at an exchange rate that was unrealistic and unsustainable. Credit that had been extended by the banks prior to the reintroduction of the Zimbabwe dollar was simply translated to the local currency from US dollars at par even though the local currency was rapidly depreciating on official and parallel markets.

The prospect of such an eventuality occurring again has left banks wary of full-scale lending in foreign exchange. Until meaningful reforms are implemented economically, confidence will remain low and foreign currency credit taps will remain dry.