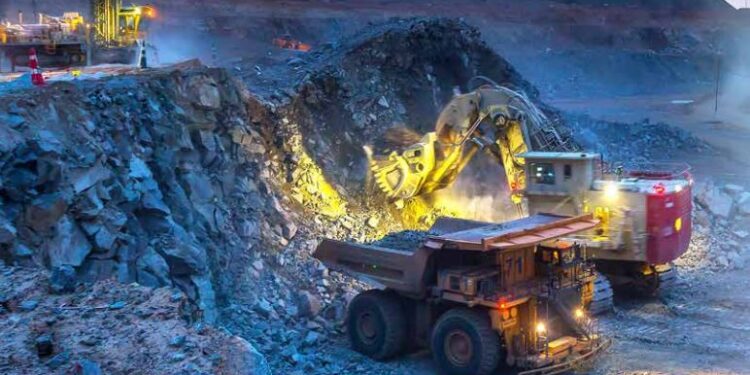 The gold mining company is transitioning from operating a single mine to a mid-tier gold producer operating multiple mines with the acquisition of the Bilboes Project.

Caledonia Mining Corporation which is listed on the United States Dollar Victoria Falls Stock Exchange is on an aggressive shopping spree.

The gold miner with operations in Zimbabwe is flush with cash from the high gold price and resulting profitable gold mining activities.

Caledonia recently bought the rich Maligreens claim that have an estimated resource of at least 940,000 ounces of gold. The company last month announced its agreement to purchase Mauritius-based Bilboes Gold Limited. Through its Zimbabwean subsidiary, Bilboes Holdings (Private) Limited, it owns the Isabella and McCays mines that are located 75km north of Bulawayo. Collectively the two mines are referred to as the Bilboes Project. This transaction is the largest to take place in the gold mining industry in a long time and is a strong signal to consolidation in the sector.

To pay for the Bilboes Project, Caledonia has issued 5,123,044 shares to the sellers of the project. This block of shares represents 28.5% of its fully diluted issued share capital. Additionally, the purchase price also includes a 1% net smelter royalty on Bilboes’ future revenues.

Read: Mergers and acquisitions in East Africa on the rise

According to Caledonia’s corporate website, The Bilboes Project has produced approximately 288,000 ounces of gold since 1989. Feasibility studies conducted on the project show that the Bilboes Project has the potential to produce 168,000 ounces per year over a 10-year life of mine. This feasibility study was conducted by third parties. Caledonia in the statement announcing the transaction also announced that it would be conducting its own feasibility study on the project. The aim of the company is to establish the most judicious way to commercialize the project.

The over all aim of Caledonia is optimize shareholder returns. Caledonia by purchasing Bilboes, intends to construct a mine and has earmarked at least US$ 100 million for this purpose. The company has said in press statements that it will consider a phased approach to the mine’s development to reduce or spread the capital outlays and most importantly to reduce the need for third party funding. This is profound for investors who already own shares in Caledonia and those considering investing in the company. Its expansion program is being funded from the company’s cash resources and there is little to no funding from third party financiers.

Prior to the transaction to buy the Bilboes Project, Caledonia Mining had entered a tribute arrangement with Bilboes Holdings to restart the project’s oxide operations. The Bilboes Project according to sources close to the company has been loss making despite the rich mineral deposits that it mines. With the purchase by Caledonia almost complete, the project’s expectation is to return to profitability within six months. The transaction is subject to approval from the authorities in Zimbabwe. Several proposals have been made to the authorities for approval, the most pertinent of which being that the project for the duration of its life of mine it should be permitted to export gold directly and retain 100% of the sale proceeds in hard currency with no requirement to covert the United States dollars gold revenues into the local currency. This is critical for the project since companies that export goods and services are required to surrender as much as 40% of their export proceeds to the central bank in exchange for local currency.

Companies that also trade among themselves are also subject to the requirement to surrender 20% of local revenues in hard currency to the central bank in exchange for local currency. The rationale behind the surrender requirements is that the money collected in hard currency is then used to fund the central bank’s auction system where companies that need foreign exchange to import raw materials and spares submit their bids weekly and are allocated the precious currency. The concept of the central bank auction system is noble however, it is not sustainable because it has been viewed by exporters and those that generate hard currency revenues as a form of tax on their income. Some companies have lamented that the surrender requirement regime threatens their viability. It remains to be seen whether Caledonia will be able to secure the approval to operate their project with the exemption from the central bank surrender requirements. Another proposal that Caledonia has made that is subject to approval is for the setting up of an independent power producer to guarantee supplies of reliable and affordable electricity supply to the project. This proposal is likely to garner more support than the former to obtain a waiver for the project with respect to its foreign exchange surrender requirements.

To its credit the treasury and monetary authorities in Zimbabwe have made some concessions in this regard. Companies that operate in specified economic zones, or those that have listed their operations on the Victoria Falls Stock Exchange, or those that consistently increase their export receipts are permitted to retain more of their export revenues.

Through its acquisition strategy, Caledonia is steadily and certainly transforming itself from being a single mine operator to one where it produces a single commodity but operating various mines and mining projects. The company’s boss called this transaction a “transformational asset” and said it was the next step in Caledonia’s journey to becoming a multi-asset mid-tier gold producer.

Prior to its acquisition strategy Caledonia operated a single mine in Zimbabwe which is the Blanket Mine situated in Gwanda, in the Matabeleland South province of Zimbabwe. The company targeted producing 80,000 ounces of gold from its mine in 2022. The acquisition of the Bilboes project, considering that it will produce 168,000 ounces of gold annually over its 10-year life of mine, means that Caledonia will exceed its annual gold production target by at least 3 times!

The company pays a quarterly dividend of US 14 cents per share and has steadily grown its dividend pay outs by over 100% since 2019. Caledonia is not just growing its operations through acquisitions. It is also growing organically. In August 2015 the Company announced the construction of a new central shaft at Blanket mine, going down to 1,200 meters from surface, providing access for horizontal development in two directions on two levels below 750m. The company emphasizes on its website that the growth in its operations has been funded from its own resources. This is very profound in that Caledonia manages to pay regular dividends will financing its own growth. It’s a strong signal to investors of its ability to generate cash. Investors looking to gain exposure to Zimbabwe’s gold mining industry should consider buying shares in this aggressive miner.