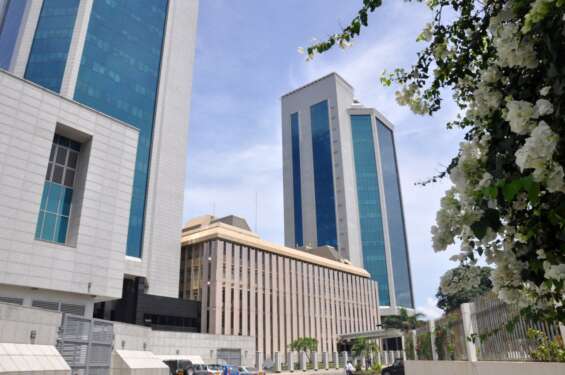 Tanzania economy is projected to grow by 5.8 per cent in 2021, this is according to Focus Economics-world leading economy analysis firm.

The central bank of Tanzania (BoT) published its January 2021 monthly economic review report, breaking down several performance aspects of various sectors including exports, imports, as well as the national debt.

On this section of the economy, the central bank report showed the year-on-year headline inflation remained moderate at 3.2 per cent in December 2020, compared to 3 per cent in the earlier month.

The report argued that the changes occurred due to price-driven onto food and non-food items. On the overall basis, the inflation rate was within the regional benchmarks as well as below the country medium-term target of 5.0 per cent.

“On month-to-month headline inflation increased to 0.8 per cent in December 2020 compared to 0.3 per cent in the previous month and 0.6 per cent recorded in the corresponding period in 2019” the report noted.

However, the bank report highlighted that inflation is projected to remain around the medium-term target of 5.0 per cent in the range of 3 per cent to 5 per cent for the rest of 2020/21.

The world’s market on fuel continued its control on domestic pump prices, whereby petroleum products went through a slowdown, to a large extent.

“Domestic prices of petrol, diesel and kerosene declined by 14.6 per cent, 20.0 per cent and 15.6 per cent respectively, in December 2020 compared with the corresponding month in 2019. Similarly, on a month-to-month basis, all domestic pump prices were slightly lower in December 2020 than in the previous month,” the report depicted.

The central bank lensed the money supply in a rather interesting context, as the extend broad money supply(M3) registered an annual increase of more than $692 million to around $12 billion in December 2020.

The bank went along and described the year-on-year growth of 5.7 per cent compared with a growth of 5.2 per cent recorded in the preceding month.

On the other side of this sector, broad money supply (M2)—excluding foreign currency deposits, expanded by 8.2 per cent compared to 8.7 per cent in November 2020.

More importantly, the central bank, recognized the growth of money supply continued to be supported by the increase in domestic credit, but also—the report argued that growth in these monetary aggregates was partly a reflection of the accommodative monetary policy stance pursued by the Bank to support the growth of economic activities.

However, the report also brought up rather mixed numbers in this section, whereas—during the year ending December 2020, domestic credit by the banking system registered an annual growth of 17.8 per cent, compared to 7.1 per cent in the in December 2019.

“Credit extended to the central government through the purchase of government securities grew by 48.7 per cent, a decrease from 49.6 per cent in the preceding month.” BoT review noted.

Also, the virus pandemic shocks—were demonstrated in the economy review, as the private sector credit maintained a positive growth rate, increasing by around $25 million, which is equivalent to annual growth of 3 per cent, compared to 5.2 per cent recorded in November 2020.

The central bank argued that this slowdown on growth, of credit to the private sector was partly attributed to COVID-19 on several businesses.

Interest rates trend has been lenses as a bit down in the review. Whereby, in December 2020, banks interest rates on loans and deposits declined, in a manner that, the bank referred to as “sluggish pace”.

From the report analysis, the overall and one-year lending interest rates averaged at 16.74 per cent and 15.72 per cent, which is a related decrease from 16.76 and 16.28 per cent recorded in December 2019, respectively.

“Meanwhile, overall- and one-year time deposits rates averaged 7.09 per cent and 8.41 per cent, compared to 6.79 per cent and 8.90 per cent in the corresponding period in 2019, respectively,” the report argued.

Further down the tax revenue collection lane, a promising number was reached, around $ 882 million, which BoT argued to be a 7.4 per cent increase from the December 2019 collection.

Also, non-tax revenue reached around $ 95 million which is aligned to the $ 100 million target

The debt part of the economy kept build-up, as the report noted that, external debt stock, including public and private sector, amounted to $24 billion at the end of December 2020, representing an increase of $ 94.3 billion and $1.6 billion from the end of the preceding month and December 2019, respectively.

Further, the report noted that” increase during the month was mainly on account of depreciation of US dollar against other currencies in which the debt is denominated, whose effect on debt stock outweighed net external debt outflows,”

Interestingly, the Tanzanian central government external debt continued to account for the largest share of total external debt, at 77.1 per cent.

Hence, the profile of external debt by creditor category remained broadly unchanged, with debt owed to multilateral institutions continuing to account for the largest share of 47.7 per cent. Besides, the debt contracted from commercial sources accounted for 32.0 per cent of total external debt.

“The decline in coffee and cotton value manifested in export volume, following low production while sisal and tea exports declined on account of both low volume and prices. Export values of cashew nuts and cloves increased due to volume effects, while that of tobacco was due to price effect. On month-to-month, the value of traditional goods exports decreased to $ 135.5 million from $ 153.0 million in the corresponding month of 2019, largely explained by low exports of cashew nuts, tobacco, and sisal consistent with the export season for most of the cash crops,” the report said.

On the other hand, the value of non-traditional exports increased by more than $ 1.1 billion to $5  billion in 2020 from $ 4 billion registered in 2019, mainly due to good performance in horticultural products, manufactured goods and all minerals save for diamond.

“During the period, gold exports increased by 33.5 per cent to $ 2.9 billion and accounted for 55.9 per cent of non-traditional exports, following the increase in both volume and price. On month-to-month, the export value of non-traditional exports rose to $ 457.0 million from $ 447.8 million in the corresponding month of 2019, largely explained by the increase in exports of minerals,” BoT report noted.

However, the review said that services receipts amounted to around $ 2.3 billion in 2020, lower than nearly $ 4.2 billion recorded in 2019, owing to a decrease in travel receipts.

Travel receipts declined by 59.2 per cent to more than $ 1 billion explained by measures taken by most countries to limit the spread of COVID-19, which included lockdown and suspension of international passenger flights.

The performance on imports was rather low, in terms of volume as the review lensed import during 2020, on import bill for goods and services to have decreased to around $ 8.9 billion from more than $10 billion recorded in 2019, largely driven by the decrease in imports of capital and intermediate goods.

Much of the decrease was recorded in transport equipment and oil. The value of oil imports declined by 30.4 per cent to more than $ 1.2 billion, accounting for 16.4 per cent of goods imports bill, owing to a decrease in both price and volume.

Meanwhile, the value of transport equipment dropped by 29.6 per cent to $ 748.8 million. On the other side, on monthly terms, goods import bill increased to $ 689.6 million from $ 681.1 million recorded in December 2019, with much of the increase recorded in imports of machinery, industrial raw materials and fertilizer.