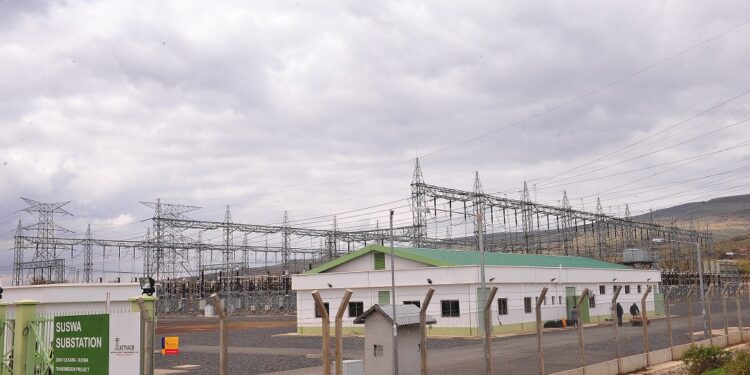 by Joseph Kangethe
in Energy, Kenya
0
Share on FacebookShare on LinkedIn

President Uhuru Kenyatta’s administration has reached a new agreement with Ethiopia to gear up further the purchase of cheap hydropower from Addis Ababa.

The two countries agreed with an Ethiopian delegation, led by Ethiopia’s Minister for Finance, Eyob Tekalign, visiting Nairobi from February 2nd to 4th this year.

The new arrangement was revised on previously signed power trade agreements. The two countries finalised the operational guidelines and procedures and agreed to create interconnected power systems that will ensure the progress of both parties.

The project started in 2012, but Ethiopia has blamed Kenya for the delays even after several lenders allocated funds for the project. The World Bank approved US$684 million for the power line in 2012- Kenya got US$441 million of the share, and Ethiopia got US$243 million- raising eyebrows why the project has not been completed ten years later.

The African Development Bank also approved US$26 million to finance the 1000 km power line project. The hydropower project is worth an estimated US$1.3 billion that will see Ethiopia import 400 Megawatts of power annually.

The system is an investment with a modern 500 Kilovolts line. It will be an essential vehicle for East Africa interconnection to integrate Power systems of five countries, including Ethiopia, Kenya, Uganda, Tanzania and Rwanda, under the Eastern African Power Pool (EAPP) Master Plan.

EAPP is a strategic power development plan at the least cost for the East African Community. Its principal mandate is to identify a least-cost generation and transmission expansion plan to meet the exponential demand in power from 2013 to 2038.

The plan evaluates the technical requirements and economic viability of a power project while considering the generation resources available in East Africa for power exchange in the region. EAPP also seeks to take advantage of the excess power generation capacity in the region to facilitate the trade of electric power between member countries

The Ministry of foreign affairs in Ethiopia said that the new deal targets to realise the aspirations of Kenya and Ethiopia for economic integration and regional development. The cabinet secretary for Energy in Kenya, Dr Monica Juma, said that the formed relationship would help boost economic growth in East Africa.

Mr Eyob Tekalign said that it was crucial to ensure that Ethiopia and Kenya did everything humanly possible to satisfy the dreams and aspirations of both countries to see the entire region connected.

During the February 4th meeting, both ministers emphasised that the benefits of the interconnection project would go beyond Kenya and Ethiopia, creating a highway to interconnect more nations in the African continent.

The meeting concluded with both parties renewing their commitment to the interconnection project.

Kenya Electricity Transmission Company (KETRACO) was to interconnect the national power grid to the Ethiopia Electricity Power Company by 2016 under a power purchase agreement. The project would have enabled Kenya to import 400 MW cheaper electricity six years ago.

KETRACO had signed a US$230 million contract with Siemens AG-Islolux Ingenieria Consortium to construct the Suswa high voltage direct current converter substation. The value of the project, financed by the World Bank and the African Development Bank, is worth approximately $450 million. To date, the leading project’s objectives have not been fully realised.

Ethiopia has also partnered with KenGen to drill geothermal wells in the country.

From a total of US$4 million in June 2020 to US$15.5 million (KShs 1.7 billion) by the end of June 2021, KenGen’s fortunes are changing. The drilled geothermal plant in Tuly More, Ethiopia, brought back revenues that surpassed expenses in its setting up.

In the company’s annual report released in June 2021, KenGen noted that drilling the 3000-metre deep wells cost US$13 million. The company has dived into the cost for the increased number of staff, drilling, plant operations and maintenance in the Ethiopian operations.

Plans for the company include commissioning work on another Ethiopian project, the Aluto-Langano.

Cardano's vision to revolutionalize banking, loans and education in Africa